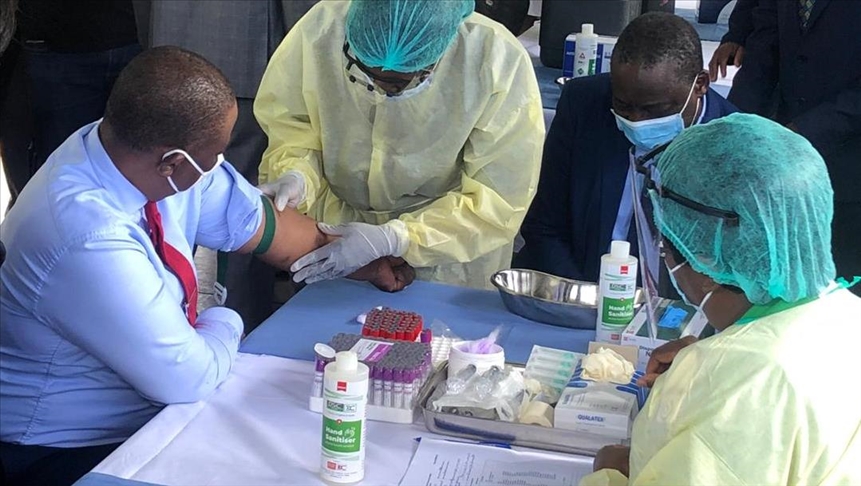 WHILE the government has previously claimed that it was delaying the procurement of vaccines so that its scientists can conduct a proper assessment of the vaccines, Zimbabwe on Thursday began the vaccination programme without any trials.

BRIDGET MANANAVIRE
Government officials now say Zimbabwe will be involved in the monitoring and evaluation of the vaccination process to collect data.

Vice-President Constantino Chiwenga, who is also Health minister, on 15 January said a team of scientists was assessing the safety of vaccines on the shelf and “as soon as all technical and administrative obligations are met, Zimbabweans can expect to be vaccinated”.

“The vaccination is going to be voluntary. Let me underscore that my ministry is doing everything possible to ensure that our citizens are safe from possible side effects of some Covid-19 vaccines, currently on the shelf,” Chiwenga said.

However, the government has not been able to share any data on how it arrived at the decision to acquire the Sinopharm vaccines as well as vaccines from the United Kingdom, Russia and India which it indicated it would acquire alongside additional vaccines and its share of the facilities arranged by the World Health Organisation and the African Union.

The Chinese government on Monday donated 200 000 doses of the Sinopharm vaccine and, in addition, the government has indicated it has purchased an additional 600 000.

The deputy director of laboratory services, Raiva Simbi, said Zimbabwe will not be doing any clinical trials but will be monitoring and evaluating the vaccination process to collect data.

“The vaccine has been certified by the World Health Organisation (WHO). We are not doing clinical trials, because those are done in controlled and clinical groups. We are going to be monitoring.

“Vaccines all over the world are not 100%. As you are aware, this is an emergency and everything was done over a short period time.  But regulators at the World Health Organisation listed vaccines for emergency use and Sinopharm is one of them. It is also being used in more than 12 countries. We are going to be doing a monitoring and evaluation exercise of our own to collect data. When administering the vaccine you also want to do own observations.”

Simbi said side-effects are expected in vaccination, even with those that have been in use for years.
Public health experts said they were concerned about the lack of experts’ involvement in vaccine decision-making and vaccination process.

“We must do our best to make sure that the resources that we are committing are being used efficiently and we are making the right selections and also that our population is safe.”

He said the process on how government selected Sinopharm and the Russian vaccine was not clear as there was not enough data on the two’s efficacy and safety.

“At the moment with this one there is lack of data on safety and efficacy that has been approved by WHO. It would appear that even though we have accepted it, there are a lot of unknowns. While there are a lot of unknowns, it means that locally we have to collect our own data, tracking individuals that have been vaccinated to come up with information on safety and efficacy,” Mahachi said.

“We want to urge the ministry of Health to work with public health experts. We stand ready to support our government that whatever resources we have we are making the right decisions, without engaging in any politics whatsoever but focusing use of evidence.”

Immunologist Elopy Sibanda said trials could always be on an ongoing basis as it was an emergency situation.

“The vaccine is being administered not only in China but other countries as well. Usually the other phases proceed while vaccinations are ongoing. On the issue of efficacy, we do not know for sure, but a vaccine with an inactive virus is more robust than one with just part of the virus. I would not be worried about its effectiveness.

“Reactions are inevitable, even some vaccines that have been used for years, for example for polio, can still cause paralysis or vaccine-induced polio. What is important is to weigh the benefits and the cons and in this case the benefits are more.”

However, he said there was a gap in raising awareness as not enough information was being shared to the public.

What is the Sinopharm vaccine all about?