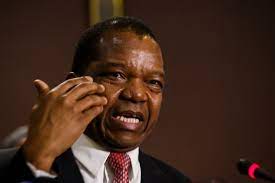 A PROPOSAL to merge six financial institutions into three big ones is being considered by the Zimbabwean government, in a different consolidation process from the CBZ Holdings, ZB Financial Holdings, First Mutual Holdings Limited (FMHL) and First Mutual Properties (FMP) merger.

As reported by The NewsHawks last week, the government, in collaboration with local and international bankers, is working on an ambitious project to create the biggest financial services company in the country, with an asset base of over US$2.5 billion.

It will have five major divisions: banking, insurance, investment, property and agriculture.
The new mergers being considered, according to a government advisory, involve a merger of FBC Holdings Limited, in which the National Social Security Authority (Nssa) is the single largest shareholder and National Building Society (NBS), in which Nssa is the only shareholder.

NBS was set up with a mandate of contributing to the national housing stock while FBC is a holding company listed on the Zimbabwe Stock Exchange with financial services through subsidiaries that cover commercial banking, mortgage financing, insurance, reinsurance, securities trading and micro financing.

The other merger involves Agricultural Finance Company (AFC) — formerly Agribank — and the People’s Own Savings Bank, both owned by the government. In recent years there have been efforts to privatise the savings bank.

AFC, on the other hand, evolved from the Land and Agricultural Bank (LAB) of 1924 of the then Southern Rhodesian government and through the Agricultural Finance Corporation (AFC), which was established in 1971 by various Acts of Parliament.

The proposal also includes plans to merger the Zimbabwe Women’s Microfinance Bank and the Empowerment Bank, also owned by government.

The Women’s Bank is a national financial institution focused on empowering women while the Empowerment Bank’s thrust is to provide social and financial solutions to the youth and other financially excluded groups.

The same documents that contain the merger proposals say in the process, the government must make sure that the institutions do not compete against each other.

This means they must focus on different things. The CBZ, ZB, FMHL and FMP merger, which will have a combined total asset base of about US$2.5 billion, will focus on funding large-scale national projects. The FBC holding and NBS merger will concentrate on housing.

The POSB and AFC will focus on presidential inputs.

There has been an argument that Zimbabwe has fragmented financial institutions, including merchant banks, commercial banks and building societies. Plans to merge institutions have existed for decades and the government has now taken steps to make them happen with the CBZ, ZB, FMHL and FMP being the leading project.

According to the mid-term monetary policy by Reserve Bank of Zimbabwe governor John Mangudya, as at 30 June 2021, the banking sector comprised 13 commercial banks, five building societies and one savings bank.

“The banking sector remained adequately capitalised, with aggregate core capital of ZW$57.54 billion as at 30 June 2021, an increase of 8.09%, from ZW$53.18 billion as at 31 December 2020. The banking sector average capital adequacy and tier-one ratios of 35.32% and 25.05% respectively, were above the regulatory minimum of 12% and 8%, respectively,” Mangudya said in the monetary policy statement.