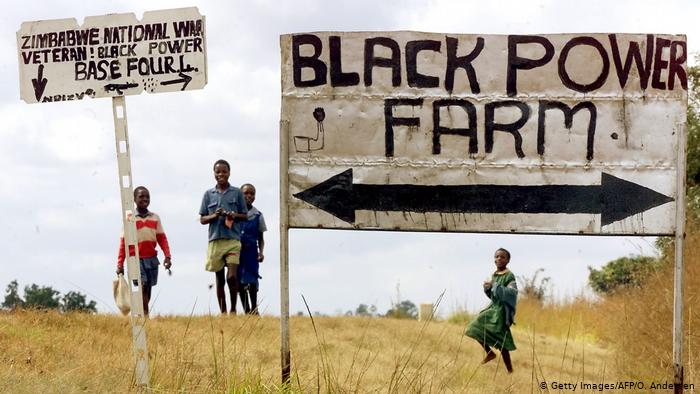 File pic: Zimbabwe embarked on a chaotic land at the turn of the millenium

THE German embassy in Harare has sent a note verbale to Zimbabwe’s Foreign ministry, expressing concern at the recent invasion of an ecotourism lodge owned by  German investors.

Musangano Lodge, which opened in 1996 near the Odzi area of Mutasa district in Manicaland province, is owned by German couple Gerhard Eggert and Birgit Klein-Alterkamp.

The family has been granted a provisional High Court order interdicting Belarusian and Chinese companies Zim Gold Fields (ZGF) and Young Tech Engineering (YTE) respectively from mining for gold on the property, but the invaders have continued.

The property – perched on the picturesque tree-covered hills of the Eastern Highlands – is under a Bilateral Investment Promotion and Protection Agreement (Bippa) signed between Zimbabwe and Germany in 1995.

Trouble began in May 2022 when the companies told the owners of the lodge that they had been granted a special grant by the government to mine gold and other minerals on the 140-hectare property.

The German family says no environmental impact assessment was ever conducted on the land before the Belarusian and Chinese miners moved in with heavy equipment. Despite the court interdict, they have continued with the alluvial mining, which has led to severe environmental degradation along Mutare River.

The owners of the lodge argue that as operators of a tourism company on private land, their business is suffering irreparable harm from the unlawful conduct of the miners, who are causing “24-hour noise pollution”. Clients, who visit the lodge for its serene and pristine environs, are now cancelling bookings.

The mining grant is for a period of five years and subject to extension. If the mining is allowed to continue, it will damage the environment, ruin the lodge and bankrupt the business.

Eggert and Klein-Alterkamp say this brazen violation of property rights is bringing into question the authorities’ respect for Bippa agreements and could dent investor confidence.

“The Foreign minister is always saying ‘Zimbabwe is open for business’. But the institutions are not working properly. Things must change in this country. Institutions must learn to do their jobs properly,” Klein-Alterkamp told The NewsHawks.

The German embassy’s dispatch of a note verbale to Zimbabwe’s Foreign Affairs and International Trade ministry on 20 September 2022 indicates the seriousness with which the European country is approaching the matter.

The German family says a day after the diplomatic note was sent, the two mining companies – Zim Gold Fields and Young Tech Engineering – sent lawyers to offer “a paltry sum” as an out-of-court settlement. The amount offered was woefully inadequate, considering the massive environmental degradation caused by the miners.

The German family has also written to the ministry of Environment, Climate, Tourism and Hospitality Industry, seeking the government’s intervention.

On 1 September 2022, the German owners of Musangano Lodge obtained a provisional High Court interdict against the miners, but the invaders stayed put.

Justice Charewa found that the mining companies had no environmental impact assessment from the Environmental Management Agency. She further found that the firms lacked the necessary regulatory authorisations for water abstraction. The judge also found that the companies were using heavy equipment for alluvial mining, which is prohibited by law.

The companies were using four excavators and three tippers, working round the clock, making it impossible for Musangano Lodge to continue operating as a tourism business.

This latest case involving the invasion of a Bippa-protected property follows the Zimbabwean government’s setback at the International Centre for Settlement of Investment Disputes (ICSD) in Washington DC.

The ICSD tribunal ruled that the Zimbabwean government must compensate Bernhard Von Pezold’s family which was arbitrarily dispossessed of farmland.

Von Pezold and his family, who are dual Swiss and German nationals, have enlisted the help of a United States federal court in enforcing a US$277 million arbitral award against Zimbabwe which they won after their farmland was grabbed by the government.–STAFF WRITER.