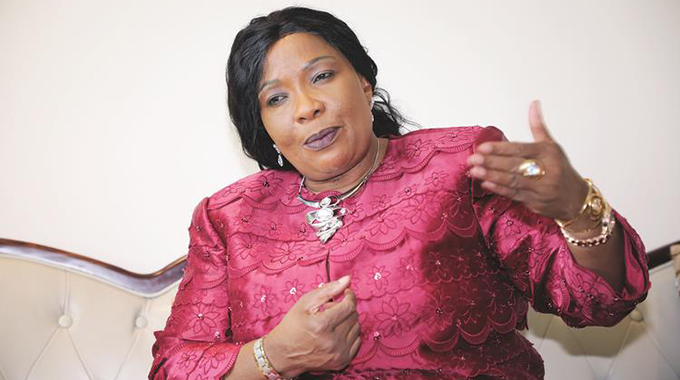 FIRST Lady Auxillia Mnangagwa played a key role in the appointment of controversial clergyman Uebert Mudzanire as ambassador-at-large as it emerged his charitable foundation is one of her main benefactors, The NewsHawks have learnt.

Last week, President Mnangagwa yesterday appointed Mudzanire, who goes by the name Uebert Angel, as presidential envoy and ambassador-at-large to the Americas and Europe whose responsibility will be to seek trade and investment opportunities.

Eyebrows were raised following his appointment amid concern that his credentials were questionable.

Insiders told The NewsHawks that the man of the cloth was rewarded for his donations to the First Lady’s philanthropic project.

Information gathered by this paper shows that donations which to Angel of Hope Foundation, which is run by the First Lady, were handed over at State House instead of the foundation’s offices in Belgravia.

“Contrary to what people think that the tribesman card was played on this appointment, Angel is closer to the first lady than she is to H.E (President Mnangagwa). Angel’s foundation has been oiling the First Lady’s project and for that he was rewarded,” a source familiar with the developments said.

Early this year, before the appointment, Uebert Angel Foundation donated seven tonnes of maize-meal to the First Lady’s foundation.

Handing over the consignment, Felix Chikase, a pastor, said the Uebert Angel Foundation had committed itself to continue lending a hand to the First Lady and her organisation.

He said the donation was not a once-off and pledged to continue working with the mother of the nation in support of her vision.

“We are grateful for being granted the opportunity to come here and give a hand to Angel of Hope Foundation. We understand the First Lady, our mother, has got a great burden of taking care of the nation and she also needs players to assist her for the benefit of the vulnerable members of the society. As Uebert Angel Foundation, we are there to assist her, Chikase said.”

The consignment was received by Molly Dingane, representing the Angel of Hope Foundation. During this donation, Dingane who read a speech on behalf of the First Lady saying this was not the first time that Mudzanire had donated to the First Lady’s foundation.

“I would like to thank Uebert Angel Foundation for giving to the cause that Angel of Hope Foundation has devoted itself to fulfilling,” she said.

Last October, the Uebert Angel Foundation partnered the First Lady in donating food packs and personal protective equipment to the San community in Plumtree and the Doma people in Kanyemba.
Mudzanire’s wife, Beverly, then said she was so grateful to work with the First Lady.

“First of all, I would want to really appreciate our highly esteemed First Lady for everything that she has been doing,” she said.

“It hasn’t gone unnoticed. We have seen all her efforts to really push charity in our country. We all love our country and she really has been in the forefront and we are following her footsteps on so many things she has done.”

During that particular donation, the First Lady acknowledged the partnership with the Uebert Angel Foundation.

“I would want to welcome this gesture and that it came at the time when I needed this most,” she said. “Uebert Angel is also a foundation and they understand what a foundation is expected to do.

“They have come on board to assist me and this is going to go a long way in terms of helping our people in need out there in the country. We are saying everybody who is in need should not be left behind.”