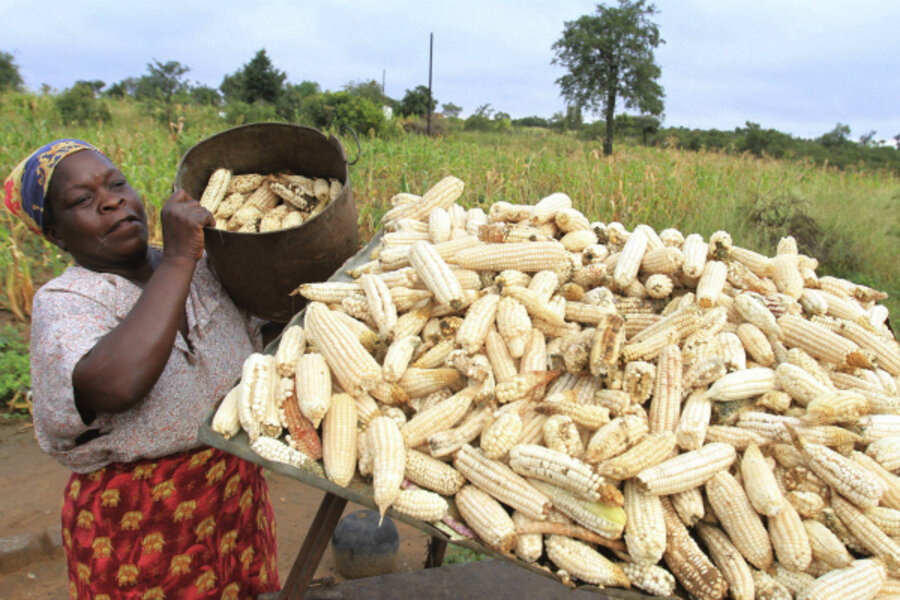 ZIMBABWEAN farmers continue holding onto their maize harvest in protest over low prices offered by the government through the Grain Marketing Board (GMB) while dealers are getting millions of United States dollars for sourcing grain outside the country through deals the local growers say are opaque.

A visit this week by The NewsHawks to some farms in Mashonaland East province and a snap survey showed that the farmers, mainly in the A2 category, were protesting over prices offered by the government, insisting they would rather keep their produce until officials take action to allow them to remain in business in the coming season.

“If the government doesn’t change its attitude towards the farmers, we are going to have low maize production, which will led to starvation across the country,” one of the farmers, who is also a member of Parliament in Mashonaland East province, said in an interview.

“The government is paying farmers US$90 at the interbank exchange rate and ZW$100 000 (US$153) as the actual maize price per tonne,” the farmer said.

“For a farmer to plant one hectare of maize, a farmer needs 25kgs of seed maize which cost US$115 for long season. A farmer needs at least eight bags of compound D fertilizer, seven bags of ammonium nitrate. Over US$100 is needed for tillage costs while more is needed for herbicides to control grass, among other unavoidable costs.”

Other farmers said the government’s move to grant grain millers licences to import maize using foreign currency has dealt a blow on local growers who continue to be paid in the unsustainable Zimdollar.

“The government has given grain millers permits to import maize from Zambia, growing its import bill, instead of directing local millers to buy maize from local farmers to empower them,” the farmer said.

“Farmers are now like criminals or drug dealers; you need a permit like someone who is selling cattle.”

Norton member of Parliament Temba Mliswa on Wednesday told Parliament that farmers were holding on to their maize because of the undesirable pricing.

“There seems to be people who are bent on seeing farmers not doing well, not sustaining themselves because they are making commissions from the deals of maize. Pane macuts avanowana macommision (they receive cuts and some commission). You cannot suffocate a country because of corruption, that is what is happening.”