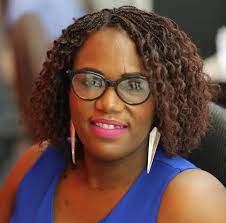 IN November 2019, Faith Zaba was appointed the editor of the Zimbabwe Independent. In his farewell  memo, outgoing editor Dumisani Muleya praised Faith’s nose for news, her networks, experience and work ethic. “Gender was also an issue.

Talented women in the media, as in other facets of society, sometimes go unnoticed in professional elevations due to patriarchy. We still live in a society where men have a chokehold on power,” Muleya wrote.

But what should have been a ringing endorsement of her talents and been celebrated in Zimbabwe and beyond instead turned into one of Faith’s lowest moments in her 20-plus years of practising journalism. Zaba (FZ) shares her story with Women In News (WN) – and how she fought back.  WN: Congratulations on that major promotion – please tell us about that day.FZ: It was so unexpected. We were called into the boardroom by the Alpha Media Holdings Chairperson Trevor Ncube. At the time, we had already been informed that the then editor of the Zimbabwe Independent, Dumisani Muleya, had been reassigned.

Social media was awash with speculative stories and conspiracy theories on why he had been reassigned and why I was replacing him. Nothing good was said about me.

The few voices  that spoke in my support were drowned out by negative comments.

At that moment, I was not an award-winning journalist. I stopped being the Faith Zaba who had broken so many big stories and one of the country’s few true investigative journalists.

I was attacked on social media before I was even appointed. Mr Ncube then informed us of the new appointments and congratulated me and the new editor-in-chief. Instead of celebrating this milestone, the attacks on social media intensified.

The newsroom was deeply divided over the issue. The announcement was not met with joy and jubilation. I remember many of my colleagues not even congratulating me. The atmosphere in the newsroom was tense.

You could feel the tension when you walked in. Instead of it being the happiest day of my life, there was a dark cloud hanging over my head. I was about to face one of the most difficult periods in my journalism career.WN: What happened on social media, specifically on Twitter?FZ: I was attacked on social media for more than a month. Trolls on Twitter said my rise would result in the collapse of the Zimbabwe Independent. They described my appointment as the end of Independent journalism.

They labelled my elevation as state capture. They said there was political pressure on Mr Ncube to promote me. Sexual innuendo and connotations were thrown at me. They went as low as attacking my children, making some serious allegations about their paternal parentage.

My kids came across these, so you can imagine the emotional trauma they went through.

My 27 years of experience and professionalism were thrown out the window. The fact that I acted as editor on several occasions, sometimes for months at a go, did not matter. They attacked my integrity.

What saddened me the most was the fact that some of those attacks were coming from women. Instead of celebrating that one of their own had been entrusted with leading one of the most powerful media organisations in the country, they questioned my professionalism and wrote me off.WN: All this was happening online at a time when you were having to edit the newspaper by yourself. Why was that?FZ: After the promotion, we lost some of our most senior journalists, and these included my deputy and assistant editors. It took several months to replace them.WN: What has changed at the Zimbabwe Independent since you took over?FZ: We have made a number of changes to include the voices of youth and women. We have new, young contributors to add to national debate and become part of national dialogue. We have also added columns, whose contributors are women, namely the New Horizon and Economic Agenda.

As part of ensuring that there is gender inclusion, we are increasing women’s voices in stories. We are also profiling more women executives. We have new exciting projects, like the Zimbabwe Independent Special Report.

Our numbers on social media have risen –  we now have more than 100,000 followers on Twitter, which rises each week.

We are redesigning our website to make it more interactive. We were the first to push an e-Paper in the market when Covid-19 hit. We also have monthly special sector reports and have introduced an intelligence unit, which will provide in-depth analytical reports for businesses, investors and the government. We have several partnerships lined up, and our advertising revenue is rising.WN: You are a #WINner and WIN is committed to seeing more women brought on board in the drive to have more gender-balanced content across the news industry. How well are you doing with this? FZ: I can proudly say we are the most gender inclusive newspaper in the country. There is no other newspaper that amplifies women’s voices like we do — not as victims but as powerful beings doing their part in shaping the country’s history, and driving its economic growth and direction.WN: What impact did the WIN Leadership Accelerator have on you?FZ: I am very grateful for the WIN programme. Let me share that when we did the career roadmap, I remember stating that I wanted to be an editor in three years. Even as I wrote that, I didn’t think it would be possible to achieve it.

What WIN did for me is to provide a sisterhood. There was a time when I also quit after I was promoted to the deputy editor position. I met so much resistance. I was depressed for three months. What pulled me through were the WINners. My sisters urged, or should I say nudged, me on.

Whenever I needed an ear, they were there for me. That support made me stronger and more determined.

I told myself that if I ever quit, it would be on my terms and that I would not allow the boys’ club to determine my destiny.

The media management course also helped me become a better leader and team player. Sharing our stories and meeting with some of Africa’s strong and powerful media women has shaped the woman and journalist I am today. The programme was very valuable. WN: What would you say to a woman journalist aspiring to take on a leadership role?FZ: Never give up, continue to persevere, you can be good at your job and also ensure that there is a balance with your social/family life. Don’t allow your male colleagues to determine your destiny.

Build a sisterhood in your country. Support and mentor young and upcoming women journalists. Anyone can be an editor, and women make some of the best in the world.

Believe in yourself and just have the drive and determination to succeed. I did it within the three years of my career roadmap. —Women In News.