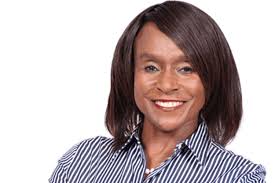 THE insurance sector has been hard hit by the rampaging Covid-19 pandemic as many people default on their premiums due to income loss while at the same time they have to meet other obligations. In light of these developments, our correspondent Moses Ngwere (MN) interviewed the Insurance, Pensions and Provident Funds Commission (Ipec) commissioner Grace Muradzikwa (GM) to, among other issues, to get a clearer appreciation of the situation in the industry. Below are the excerpts of the interview:

MN: The Justice Smith Commission of Inquiry recommended that policyholders and pension scheme members be compensated for loss. What are you doing about it?

GM: It is important to note that the issue of compensation is only one of the recommendations of the commission of inquiry. There are a number of recommendations that the commission of inquiry came up with, among them, policy and institutional reforms, legal reforms, capacitation of Ipec, governance reforms at regulated entities level and compensation.

Great strides have been registered in implementing the majority of the recommendations such as policy and institutional reforms, capacitation of Ipec, governance reforms at regulated entities. With respect to legal reforms, the commission (Ipec) has issued statutory instruments, guidelines, directives and circulars while awaiting amendment of the Insurance and Pensions Commission Act, the Insurance Act and the Pension and Provident Funds Act.

The Bills on these three Acts are at various stages in the law-making process but we have been assured that they will be passed into law by the second quarter.

Ipec is alive to the fact that of all the recommendations by the commission of inquiry, the major focus by most stakeholders is the issue of compensation. We have been engaging all key stakeholders on this matter, which resulted in Ipec establishing a working party comprising Ipec as the regulator and insurance companies and pension funds to bring closure on this matter.

The working party has been working even during the festive holiday and lockdown to address this issue. There is an agreement that policyholders and pension fund members should be compensated. All things being equal, this exercise should be finalised by the second quarter.

MN: Zimbabwe has experienced chronic high inflation for the second time in a decade, resulting in what some quarters believe is a loss of insurance and pension values. As Ipec, you have come up with a revaluation guidance in response to this. How exactly will this benefit pensioners, considering what happened in 2009?

GM: The guidance paper draws lessons from the 2008/2009 experience and provides guidance to the insurance and pensions industry on how to manage the currency changes. According to the Justice Smith Commission of Inquiry, the lack of guidance resulted in prejudice to policyholders and pension fund members. To this end, the guidance paper helps in providing very clear terms to avoid a repeat of the 2008/2009 challenges.

Further, the guidance paper provides standards or principles and methodologies to be adhered to by the industry on treatment of revaluation gains emanating from the recent currency reforms. This will enhance uniformity and comparability of industry results on treatment of revaluation gains.
Policyholders and pension fund members’ values will be reviewed and adjusted from time to time according to the movement in asset values backing the same liabilities.

MN: You issued the guidance in March last year. How has been the response from insurance companies and pension funds in terms of compliance with the guidance and has it resulted in a significant increase in benefit?

GM: Initially, we had some teething problems here and there given the technical nature of the exercise, but these were resolved through engagement.

It is equally important to note that we consulted all key stakeholders, including insurance companies and pension funds, in coming up with this guidance paper.

We are to a great extent satisfied by the compliance levels by industry and, yes, it has resulted in benefit increases as well as equitable treatment of insurance policyholders as well as pension fund participants. For example, some pension fund members had their benefits reviewed upwards by over 500% as a result of this guidance paper.

MN: You previously raised concern over the evaluation of insurance and pension assets after de-dollarisation where, in the past, the industry had assets worth about US$4 billion. Why is it that now we are talking of assets worth less than ZW$200 billion, which is equivalent to less than US$2 billion? Also are we not having a situation where they are under-valuing their assets to avoid re-allocating benefits to policyholders and pension scheme members?

GM: We don’t believe that we are having that situation where insurance companies or pension funds are deliberately under-valuing their assets because as professionals they are expected to adhere to international accounting standards when valuing assets.

With respect to properties, Ipec has been engaging the Valuers Council of Zimbabwe for assistance while, for equities, there is guidance from the Securities and Exchange Commission on the valuation of assets. These are the two major asset classes dominating the insurance and pensions industry.

It is equally important to note that property values reflect the level of economic activities, for instance, low occupancy rates for properties, which is mostly the case in our industry, lead to low valuation when using discounted cashflow methods.

Illiquidity in the market, especially in properties, which are US dollar-denominated, has an overall impact on demand and supply where buyers can bargain for lower prices and the increasing disparities between the net asset value and market capitalisation of listed equities. All these factors have an impact on the valuation of assets.

MN: Covid-19 has affected economies worldwide. What has been the impact on your sector?

GM: Consumer spending power has reduced significantly, which has resulted in inability to pay insurance premiums and pension contributions by some policyholders and employers respectively, resulting in some funds applying for paid-up status or contribution holidays. The insurance sector has also experienced policy lapses or downgrades as policyholders fail to pay premiums and adjust their covers.

i. The reduction in consumer income has also translated into significantly lower new business volumes, which impacts negatively on our thrust to improve the insurance and pension penetration levels.
ii. The adverse reaction of financial markets to the Covid-19 outbreak has affected insurers’ profitability, including earnings generated from their investment portfolios.
iii. The pandemic has disrupted day-to-day operations of business which, in turn, has affected revenues for several insurers. This has threatened business continuity for many insurance companies.
iv. However, on the positive side, the pandemic has accelerated digitilisation within the industry, with insurers making changes to allow digital support and access to customers.
v. In order to mitigate the impact of the Covid-19 pandemic, as Ipec we are urging the industry to regularly update their business continuity plans and communicate these to key stakeholders. We have also been encouraging them to embrace digitalisation so as to improve data, products, and customer relations.
vi. Further, we are engaging the industry to consider giving payment breaks where possible in order to reduce potential large levels of policy lapses.

MN: The economic situation has not been favourable to the insurance and pensions sector for a while. What is the progress on broadening prescribed asset classes?

GM: Traditionally, conferment of prescribed asset status was on financial instruments issued by the government, local authorities and statutory bodies.

However, to enhance the attractiveness of instruments that promote projects of national importance to the insurance and pensions industry, Ipec has, in consultation with the ministry of Finance and Economic Development, broadened the scope of asset classes which can be considered for prescribed asset status investments upon rigorous screening to ensure protection of pensioners to include the following:

Debt instruments issued by private players, which include commercial paper and other secured debt instruments. Under this category, Ipec has been encouraging issuers to place indexed financial instruments with positive real returns so as to preserve value for pension scheme members and policyholders;

Private equity – the asset class is now considered for prescribed asset status given its value preserving nature in an inflationary environment. However, Ipec is insisting on corporate governance structures with policyholder representation are in place.

In response to institutional investors’ increasing preference for private equity investments due to their value-preserving nature in an inflationary environment, government has, of late, been according prescribed asset status on both public and private equity financial instruments that support the national developmental agenda.

MN: It was revealed last year that funeral assurers in Zimbabwe did not have reinsurance as a risk management tool and given how far they are strained now with the rising Covid-19-related deaths, are people’s policies safe or we can end up with a situation whereby people have their policies rendered dysfunctional?

GM: It is true that funeral assurers have been predominantly retaining risk, which is undesirable because it exposes them in the event of a catastrophe. However, while the Covid-19-related deaths have increased significantly since the beginning of the year, the funeral assurance sector has remained resilient as they have settled all Covid-19-related claims. Notwithstanding, we still urge funeral assurers to have reinsurance arrangements.

MN: What is the progress on underwriting and declaration of policies in foreign currency by insurers?

GM: As you may recall, authorisation broadening classes of insurance that could be transacted in foreign currency was gazetted in November last year. To this end, it may be too early to measure the uptake of forex policies. However, Ipec will be receiving and reviewing data on this as part of the fourth-quarter returns.

GM: Indeed, worldwide, the insurance and pensions industry plays an important role in economic development given that the sector mobilises long-term savings.

In the case of Zimbabwe, the insurance and pensions industry contributes to economic development by funding projects of national importance through prescribed assets for projects such as power generation, road infrastructure, housing, agriculture and health.

For instance, in 2020 alone, the insurance and pensions industry subscribed to prescribed asset instruments to the tune of about ZW$340 million and US$9.5 million. The funding was towards projects under the following sectors: infrastructure development, agriculture, energy and power, health and financial.