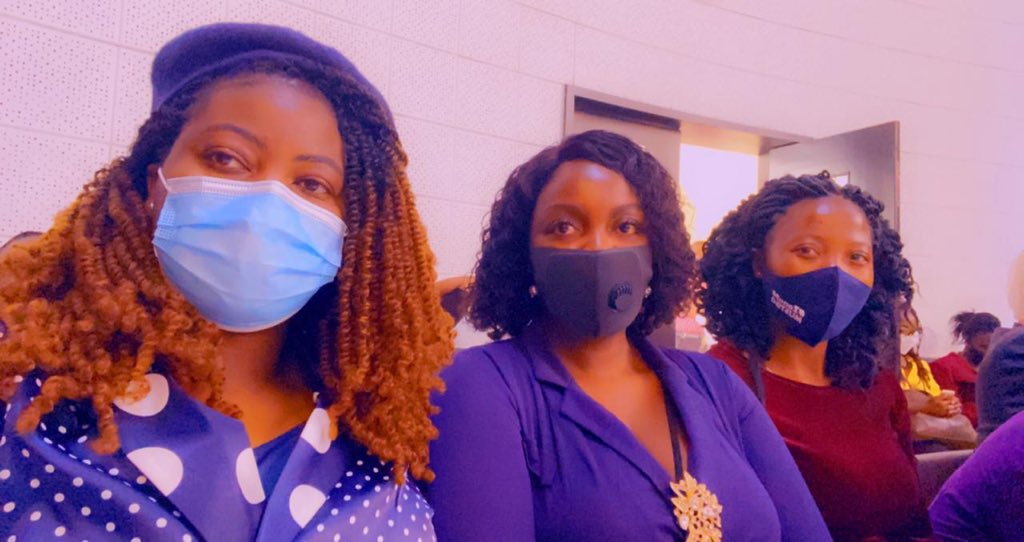 WHILE many people the world over, including in Zimbabwe, will be fellowshipping with their families during Easter holidays, local political activists Joana Mamombe and Cecilia Chimbiri will be spending their time in remand at Chikurubi Prison for breaching Covid-19 protocols.

Easter is a Christian holiday that celebrates the belief in the resurrection of Jesus Christ. In the New Testament of the Bible, the event is said to have occurred three days after Jesus was crucified by the Romans and died in roughly 30 A.D.

For many it is family time, the time to be with family, visit relatives and friends, and to go on holiday.

Their friend, Netsai Marova maybe out but her spirit is intertwined and detained with theirs. Her freedom is meaningless without theirs, she says.

The two female activists, Mamombe and Chimbiri’s recent arrest was on 5 March after holding a press conference at the Harare Magistrates Court over the arrest of political activist, Makomborero Haruziviishe.

Mamombe and Chimbiri’s families will be celebrating Easter, but their consciences will not be as clear as they are concerned about their kith and kin’s Easter in prison.

Their fears were worsened recently by a strange incident in which in which a snake inexplicably crawled into their cell from the ceiling two weeks ago. Their friend with whom they were abducted and arrested with before, Marova, says she is heartbroken for them and their families, especially during this Easter family time.

“When I think about myself, Joana and Cecilia, especially with what we have gone through and now that the state decided to separate us, keeping Joanna and Cecilia in detention, it makes me devastated because of the experience that I have had in prison. I was in prison for two times firstly in June last year when I spent three weeks and just last month, I spent another week, for crimes I did not commit. Thinking of my friends, Cecilia and Joana and Makomborero Haruzivishe, it makes me devasted,” Marova told The NewsHawks.

“Easter is mostly family time and when I think of Easter, I think of Joanna and Cecilia’s families. How are they going to spend it thinking that a part of them is in prison. People are supposed to be fellowshipping with their families, these are the things that break my heart more. These are things the regime is doing, not knowing the impact of those things have on the families of those incarcerated. Thinking of Joanna, she has a sibling in school she had to go back to school while her sister was incarcerated. How will the student focus.

“Think of Cecila, she is the first born, she has little siblings going to school and they are also going to struggle with concentrating in school. And those children, when they see the police, they will fear them and say these are the people who have taken and detained our sisters and charged them with unconstitutional charges.”

Marova said it was a shame that holding government to account over the promises they made during elections in 2018 is being considered a crime.

“Joanna and Cecila are fighters and I see them almost everyday except here and there when I get denied access because of the number of people who will be visiting them. It has been a very difficult moment and sometimes I do not have any words to say, but they are always in high spirits.

“At some point I see them when I’m down but after seeing them it makes me feel better. They are positive and hopeful and resolute.

“We went through a horrendous time that I cannot even begin to think about and talk about it. And when you think about the snake incident, it leaves a lot of questions, especially considering the position of their cell.”

At a time when millions are celebrating Easter, Zimbabwe’s famous MDC Three, or infamous, depending on which side of the narrative one is, will be singing the blues – feeling sad and perhaps discouraged.

But Marova says for them “ the struggle continues” – “we have been through a lot, but we will never give up”.

Malaba’s bid to cling onto the bench suffers setback