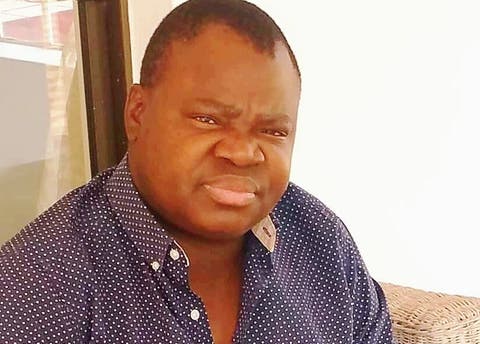 IMPALA Car Rental chief executive Thompson Dondo, officially known as Kanganwirai Dondo, who is linked to the Central Intelligence Organisation (CIO) in his business dealings, is a fugitive from justice wanted in Britain for immigration offences, police in that country confirmed this week.
Impala is in the eye of a storm after one of its vehicles was used in the abduction and torture of journalism student Tawanda Muchehiwa on 30 July in Bulawayo. Muchehiwa was kidnapped, brutalised and later dumped after three days of hell near his uncle, journalist Mduduzi Mathuthu’s home in Mahatshula.
A NewsHawks investigation revealed that the CIO has an interest in Impala through Dondo.
In a bid to get to the bottom of Dondo’s arrest and subsequent flight from Britain under murky circumstances, The NewsHawks this week reached Cleveland police with assistance from Finance Uncovered, a UK-based investigative journalism project.
The NewsHawks works with regional and international investigative journalism networks.
Susie Macdonald, a corporate communications officer for Cleveland Police, told The NewsHawks this week that Dondo is a wanted man after failing to appear in court and evading justice in 2007.
“As I said in our initial conversation last week, given the length of time which has passed since our dealings with this individual, we are only able to give a brief comment,” Macdonald said.
“Our records confirm that this individual (Kanganwirai Dondo) is wanted on warrant for failure to appear at court in 2007 for alleged immigration offences.  He remains on police systems as wanted. However, we cannot confirm his current location. If he attempted to re-enter the UK from abroad, he would be placed before the courts.”
Dondo is currently in Harare where he runs Impala and lives.
Although UK police did not reveal the specific charges against Dondo, he has in several interviews in the past indicated he worked for a recruitment agency which employed illegal immigrants and helped illegal job-seekers under problematic circumstances, hence attendant human trafficking allegations.
Illegal immigration involves violating a country’s immigration laws and rules, while human traffickingis a form of modern-day slavery  involving illegal transport of individuals by force or deception for the purpose of labour, sexual exploitation or any other activities in which others benefit financially.
Dondo was arrested several times in the UK before he fled back home in 2006, having arrived there in 1999. Since then, he has been a fugitive from justice.
The British police’s confirmation Dondo is a fugitive is contrary to his assertion in the state-controlled Sunday Mail this week that his legal problems in the UK were “cleared in court”.
This is similar to his other dubious claims that Impala’s case with Muchehiwa over the release of documents and details relating to the abduction car is over, and that the victim has fled Zimbabwe.
Dondo also gave Mathuthu, whom he claims to have got help from when starting Impala, a fake address of the person who hired the car when the journalist was tracing the original owner of the vehicle.
Although Dondo acknowledged — in a clumsy and crude public relations blitz last week through the state, private and online media outlets which carried his propaganda in exchange for blood money — that he ran away from the long arm of justice, he told the Sunday Mail that he was eventually cleared, which British police say is not true.
“It was difficult to start the business. I was living in the United Kingdom where I had a small nursing agency which employed Zimbabweans. I got into trouble with immigration because some of the people we were employing had no proper documents. The issue was resolved in the courts,” Dondo said in the Sunday Mail.
“I was a young man in my early 30s then and I couldn’t stand it. I told myself I was going back home to Zimbabwe because I didn’t commit any crime as I was helping my fellow Zimbabweans.”
In the interview, which was widely published, Dondo, however, acknowledged that he fled the UK, likening himself to controversial preacher Shepherd Bushiri who last month skipped bail in South Africa and fled to his native Malawi after being arrested for fraud. Dondo claimed Bushiri knew he would not get a fair hearing, hence his flight.
“While in the UK, I had a business where I would employ Zimbabweans. Some of them later got arrested because they didn’t have proper documentation. It was discovered that they were illegal workers. These people went to court and agreed that indeed they were in the UK illegally,” Dondo said.
“As their employer I was blamed for employing illegal workers. The authorities thought I was bringing these people from Zimbabwe to the UK, yet I would employ them while they were in the UK already. The authorities didn’t understand how things work and they said this was human trafficking. It’s not like I facilitated these people’s departure from Zimbabwe  — they went to the UK using whatever means and I only employed them while they were in the UK.
“Of course, I knew some of these people didn’t have proper documents and it’s not a secret that quite a number of them don’t have proper documentation, but I thought I could help my brothers and sisters from home as they sorted their papers in the UK.”
He admitted being arrested and later fleeing.
“Yes, I was arrested. I was taken to court and I didn’t like the whole experience. I wasn’t a criminal. My name had been tarnished and I didn’t think I could continue practicing as a nurse. I then, on my own, decided to come back to Zimbabwe. It’s not like I was deported. This was around 2007,” Dondo said.
“Why was I supposed to wait and be put in jail for assisting fellow Zimbabweans? Even Prophet Bushiri recently did the same in South Africa. He was smuggled out of South Africa after discovering that he would not get fair justice.”

Water crisis: A pain in the neck for Byo