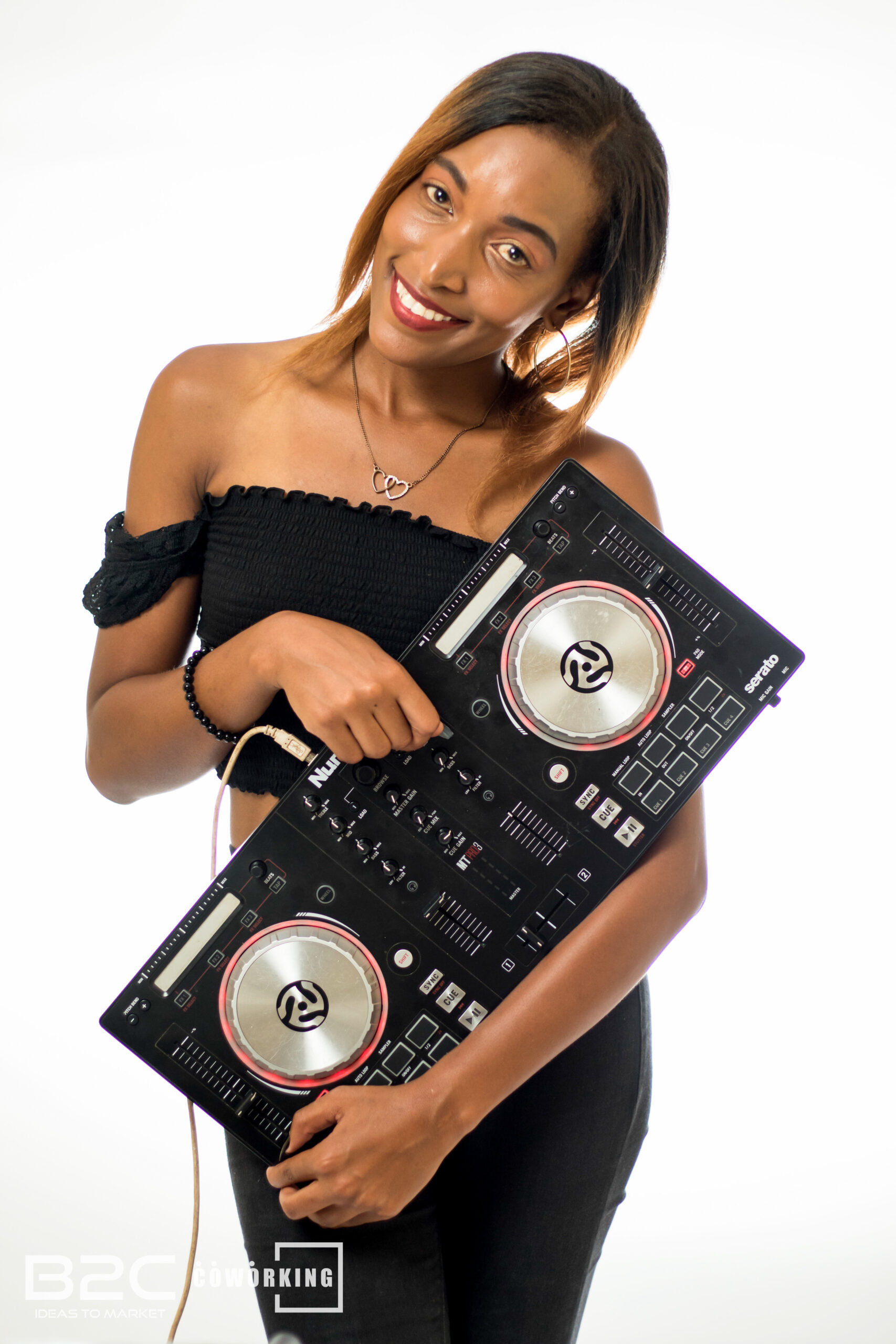 TO make it in life, women have to work twice as hard as their male counterparts.

This holds true for the hugely gifted DJ Fafi, who has had to up her game in order to gain recognition in a male-dominated area, behind the turntables.

In most cases, the 28-year-old teetotaler — real name Rufaro Butu — is either looked down upon or pestered for sexual favours in exchange for bookings by show organisers, promoters and club goers.

It is the kind of occupational hazard that can so easily deter those whose character is made of sterner stuff.

“Being a female DJ is hard, I swear,” she tells The NewsHawks this week.

“Some of my challenges as a female DJ is getting the job to begin with. The moment I approach the manager, show promoter or organisers for any particular event, first of all they will ask: ‘Are you good? Can you manage?’

“And also they take advantage of you and usually they start by passing comments like ‘oh you’re pretty, nice body’ before they ask you for a hook up. What’s worse is when you turn down their sexual advances or anything, then you’re sure to lose the job and the paycheck.”
DJ Fafi further says the sexual advances are not associated with managers and promoters only, but also perverted fans.

“Sexual harassment also comes from fans who want to take pictures with you, which is fine, but the problem is they overdo it. Some get touchy, others get too close for comfort while others mistake you for a hooker. Instead of being on the dance floor, they come to DJ box and stare at you.”

“So when you finally get the job at some nightclub or hangout, then next is sabotage from colleagues who always want to see you fail,” she comments.

“There is so much hatred within the deejaying circles. And some people just hate you because you play better than them and more often than not (they) will ensure you don’t get the same platform with them because they are either close to bar owners or promoters.

“Some of us we are DJs because of passion and, yes, the money, but they fear you might take the spotlight.”

DJ Fafi says it is only when she stages a great show that people start appreciating her deejaying skills.

“Technically, it is knowing your music, mastering the art of transition, not switching from genre to other.”

Born on 24 November 1993, DJ Fafi says she loves playing music because music heals and enlightens the mood, good or bad.

“I became a DJ because I loved going out and I thought to myself, ‘I can drink and get to party and still get paid, so what’s the best way to get all these three in one.’ I then became a DJ,” she explains.

She grew up in a family of five children, and she is the last born.

The daughter of famed ZBC radio presenter Killian Butu, a young Rufaro would spend most of her time with her father during radio shows and outside broadcasting events.

“We were always going to events but my best moments were being in the studio at Radio Zimbabwe, then Radio 2, doing some of his shows, for instance Murimi WaNhasi and Tsika Dzedu,” she says.

“At this point I didn’t even have the idea of being in media but rather pursuing a degree in political science. My late mother was one fun party person, everyday was party day.
My father would bring her favorite cassettes and vinyls and I promise you sleep that night would be scarce,” she says.

“My mother subconsciously contributed a lot to my love for music as she would give me money to go to concerts and shows like Akon and Sean Paul a couple of years back.”

Her exposure to music and artistes almost influenced her to go into music, but not until she had a feel of the turntables.

“I met up with Nitredy, at that point he had produced Roki’s song Chidzoka and I then wanted to sing although it was an epic fail,” she says.

“I didn’t lose heart until one day I went to a club and saw someone behind the turntables and I was intrigued. I did my research and worked towards attaining the DJ gear. Four months down the line, I didn’t know how to use the equipment but DJ Fujee taught me and I became part of ‘The Family’ that played at 1+1 every Saturday,” she says.

She has co-produced two tracks with Ian “Ahsayn” Mutamiri although they are yet to be released.

“I’m inspired mostly by my father who has travelled far and wide. He used his voice and personality to

go far and beyond, capturing data and understanding what the people love to listen to and giving them the satisfaction of the heart,” she says.

But her worst memorable time as a DJ was when the promoters kept shifting her slot and also when Garry B pulled the plug during her set.

She also remembers how a friend and fellow DJ, Robert “Robbie T” Tichareva, mentored her in grasping old skool music. DJ Fafi, who is a devout Catholic, owes her success to her parents for accepting her career path and strong support systems.

She describes herself as a fun and free-spirited person but she admits to being sensitive.
“Do it with passion or not at all,” is her motto.

Related Topics:Dj Fafi
Up Next