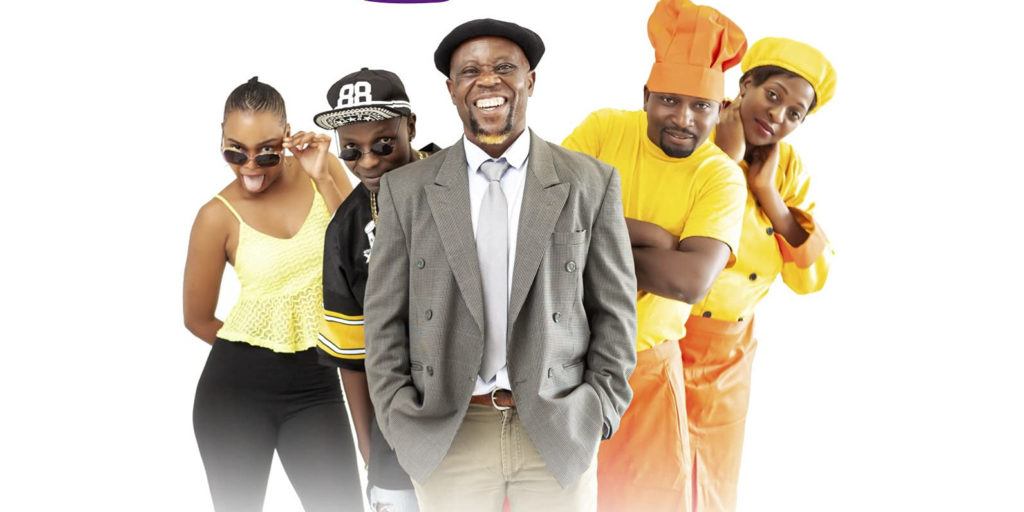 THE Covid-19 lockdown period has undoubtedly been a time of hardship for people the world over, but more so for people who are part of the creative sector with varying degrees of misery depending on just how supportive and visionary governments are.

But some had to work against all the odds in between the brief spurts of time the relaxation of lockdown regulations permitted.

Kudzai Chikomo (KC) is a resourceful creative and film producer who to date has produced content for MultiChoice, mainly films. The NewsHawks’ Addy Kudita (AK) sat down with the film producer for an interview discussing a number of issues regarding his recent breakthrough of getting his production Bazukuru, a sitcom, onto Amazon’s global content distribution platform and creative work in general in the City of Kings, Bulawayo.

Bazukuru is a portmanteau from Shona “Vazukuru” and “Bazukulu” from Ndebele.
According to Chikomo, the sitcom explores “the idea of uniting people from different ethnicities to laugh together as they watch the lives of this unconventional family of three and their relationships within and outside the family”.

“It explores the world of transnational families, where parents leave for the diaspora in search of greener pastures and left-behind children have to grow in the absence of their parents. Some of the most educated and skilled people in Africa opt to migrate overseas to seek better opportunities, leaving their families to long-distance parenting.

More importantly, the sitcom addresses the issue of a generational gap,” he says. William Nyandoro is the director of the series, Nkosilesisa Ncube is the writer and the director of photography is Rasquesity Keaitse. Others are Selina Moyo who is the production manager; sound is handled by Matesu Dube, also the director of Umkhathi Theatre Arts.

AK: Tell me all about the breakthrough with Amazon. How did it happen?

KC: I got in touch with an agent in the United States.

AK: Amazon Prime distributes to how many countries?

KC: This deal is for the United Kingdom, US and Canada

AK: Will you do a second season and what is the deal basically?

KC: It’s pay per view; yes we are considering working on second season.

AK: How are you managing in terms of funding for film production? In other words, how do you do it?

KC: We self-fund the film projects. We don’t have investors as yet.

KC: There is need to set up a film fund or a film production to support content production in Zimbabwe.

AK: Any insights you would want to share regarding the arts sector in the country?

KC: New digital habits caused by the lockdowns are an opportunity for content creators. Digital content consumption is on the rise locally and even globally. We need to capture these new audiences. There’s a high appetite for local stories in the diaspora. We just need to start small, with who we are, what we have and where we are. We will grow organically.

AK: Who is your inspiration?

KC: Tyler Perry. I admire his work ethic and vision. His business acumen when it comes to telling stories which actually translates into income.

He is an old retired man who used to be in the army. His only son Derry (Short for Derek) and his wife have just moved to the US, leaving behind their two children DJ who is well into his late 20s and Noxolo who is a school-going 17-year-old girl. Initially, Derek is fine with the idea of the children being by themselves; after all he sees them fairly regularly at the successful restaurant that Derry and his wife Sheila left behind.

Derek, however, soon realises how irresponsible his grandchildren are. He still tries to ignore this until his daughter-in-law, the children’s mother, asks him to move in with the children so that they can take care of each other and with the help of Daphne and Jo, staffers at the restaurant, take care of the restaurant as well.

He is still very fit and healthy, possibly because of his military background. Derek is a practical man. For him, everything is black and white and there is hardly any room for negotiation. He is stern and hardly ever jokes and this may make him seem scary to some people.

However, despite this, beneath the tough exterior is a man who deeply cares for his family although he may not always be able to show it. At the beginning, he comes off as rather rigid and unapproachable but as the story goes further, it can be noted that he softens up, particularly to Noxolo of whom he is overly protective.

Is Derek’s older grandchild. He is in his late 20s, but his behaviour suggests otherwise. He is irresponsible and has no sense of consequence. He can be easily dismissed as lazy and uninspired, but it is probably because he did not get any guidance while he was growing up. Notwithstanding his obvious faults, DJ is always willing to help other people although his methods almost always fail. He tends to get carried away and will often lose track of the ultimate goal.

His intentions are always pure though. He gets along with Jo the most, possibly because Jo is the only one who is always ready to go along with his rather odd ideas.

She is Derek’s granddaughter. She has a bubbly and overbearing personality. She is always all over the place and is a bit of a scatter brain. She is very loud, very animated, and overly expressive and loves attention.

Once she gets her mind on something, she hardly lets it go and very often she has very over-the-top ideas. Her unconventional ideas however always stem from a place of love.

She does tend to be a little selfish sometimes, but is always quick to realise it. She gets along with Daphne very well but is very affectionate towards Derek, although they tend to cross paths very often.

She is the manager of the restaurant. Daphne is mature and wise beyond her years and tends to be the voice of reason for everyone else. She tends to act as a mother for everyone else and sometimes a confidant to Derek.

She is sarcastic and witty and there is a side of her that she always tries to keep hidden. This side of her will come up every now and then in little outbursts.

Sometimes, she tries too hard and her desperation sometimes leads her to follow some outrageous ideas.

Chikomo runs Film & Television Resources based in Bulawayo and works across various creative disciplines and his activities span production and training.