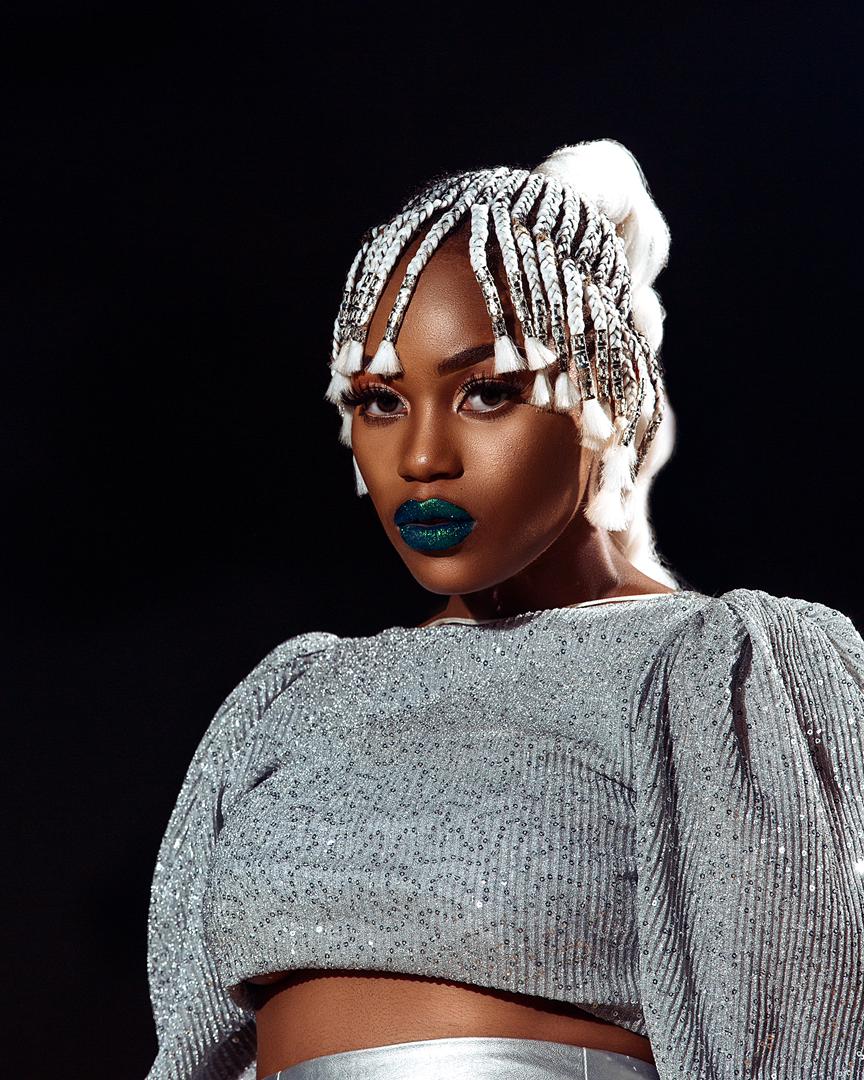 TAMY Moyo, the Zimbabwean celebrity songstress, is firmly in the limelight after landing an exciting endorsement deal with leading car dealer Zimoco.
JONATHAN MBIRIYAMVEKA
The company is the country’s official distributor of Mercedes-Benz and a variety of other luxury vehicles.
For years, since the age of seven, officials had curiously watched as Tamy honed her craft.
Today, the 23-year-old Afro-centric musician has already achieved what most artistes can only dream of in a lifetime.
“I was hopeful that eventually something would give in,” Tamy tells The NewsHawks this week.  “At what particular time? I really wasn’t sure. It happened sooner than I expected but I’m overjoyed all the same.”
As part of  herendorsement deal with Zimoco, Tamy was presented with a Haval Jolion vehicle, over and above her brand ambassadorial role with the company. She becomes the first person in Zimbabwe to drive the stunning vehicle, which is worth over US$30 000.
“The endorsement has somehow enhanced most characteristics I have had, made me more ambitious as a creative and artiste,” she says.
“It has allowed me to dream bigger than before, but more so it has made me a much responsible citizen and driver too. It makes me more cautious and aware of the part I play in society and how I must do it with excellence. It’s opened so many more doors for me in a short space of time, which I’m grateful for too.”
Tamy reckons her partnership with the country’s biggest name in the motoring industry is a perfect match.
“I’d like to believe they chose on the basis of a brand that aligns with who they are,” she says. “I’m a young and driven individual who is also about style.”
Possessing a class four driver’s licence, Tamy does not need to be chauffeur-driven.
She will definitely be spinning her brand new Haval Jolion, which was launched in Zimbabwe last week. Tamy has become the toast of local showbiz, with fellow musicians congratulating her for new role with Zimoco.
“I got a lot of congratulatory messages but the most surprising one was from Seh Calaz,” she remarks.
“He is an acclaimed musician in his own right, but I was sincerely touched by his kind words and how he felt the win was a win for us all musicians.  He is older and more experienced in the game but it warmed me to claim this victory as his own publicly. Many of my industry colleagues did so too though, which I’m happy about.”
Tamy has had to clear several obstacles in her fledgling career, one of which is the stigma attached to female musicians.
“I have been subjected to it before, yes,” says the Harare-born singer.
“I suppose we must continue to make strides to work together and do our best, bearing in mind how tough we have it.”
She has used social media to reach out to a wider audience and other artistes for collaborations.
“We are in the digital era where we can connect with anyone via social media,” she says.
“It has given me much more reach worldwide and a more diverse audience.  I have managed to collaborate with other artistes from different countries and grow my listenership, which is awesome.”
To be where she is today, Tamy has had to make tough decisions, in pursuit of her dreams. One of these decisions was to put her music career ahead of her educational commitments, at least for now.
“I do hope to further my studies in future,” she says.
Of course, the terrain comes with its fair share of disappointments, and heartaches. Her worst experience as a newbie in music was when she travelled to Europe for a gig, only to be swindled out of her money.
“There was lack of transparency throughout the trip. Organisers had not secured the venue and payments didn’t come on time while accommodation was not as comfortable as I expected because everything seemed to be in order. It was one of my first gigs outside Zimbabwe, so I had little know-how of how things were meant to be. This happened in 2018,” she says.
A highly self-motivated young artiste, Tamy continues to challenge herself to fulfil her potential.
“What defines me is how ambitious and goal driven a being I am,” she says. “I work to achieve my best. I do pray and hope I will be conquering Africa and will be a household name among the best to ever do it.”
It also helps that Tamy comes from a creative family. Her father, Richard Kohola, better known as RK The Music Dream Maker, is a music expert and popular presenter on local radio station, StarFM.
Both her parents are part of her management team, alongside her mother Doris Makwara and Kelvin Jumo.
Coming from a supportive family played a key role in her rapid rise, but Tamy testifies that without her own effort she would not have achieved half what she has.
A versatile artiste, Tamy is also an actress and a fashion fanatic.
“I feel I can truly express myself through fashion and I feel my best when I look my best,” she says.
“Sometimes you have to work smart, not necessarily work hard. For that reason, I’d pick brains.”
Very impressive indeed, but The NewsHawks had one last interesting question for Tamy: What does she think of on-the-job romance?
She replied: “I think it’s a matter of preference. The heart wants what it wants, I suppose.”
We asked this because Tamy has previously been linked to fellow musicians like rappers Takura and Holy Ten as well as her producer Chiweddar and Jah Prayzah. She however denies any romantic involvement with them.
Related Topics:
Up Next