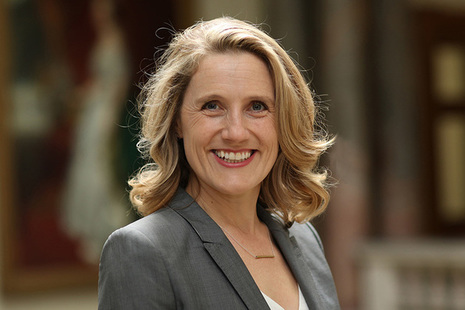 DIPLOMATS accredited to Zimbabwe have confronted the government over the Private Voluntary Organisations (PVOs) Amendment Bill that observers say has the potential to further alienate Harare from the international community.

The proposed Bill, now in its second reading in Parliament, has been widely condemned by civil society organisations and the international community with observers saying it was only crafted out of fear of Zanu PF losing the next elections due in 2023.

This week, the diplomats who included United Kingdom ambassador to Zimbabwe Melanie Robinson (pictured) and head of delegation of the European Union Tim Olkkonen met Foreign Affairs minister Frederick Shava. They aired their concerns, particularly on the issue of legislation including the PVO Amendment Bill.

Information ministry permanent secretary Ndabaningi Mangwana confirmed that a meeting was recently held in which diplomats expressed reservations on the PVOs Amendment Bill.

“A few days ago some diplomats met government officials over the PVOs Amendment Bill. They expressed a lot of bitterness and odium towards the Bill,” Mangwana said.

“How does this Bill undermine their interests? Don’t we have the right to advance our own interests like everyone else?” he asked rhetorically.

Several diplomats have expressed reservations on the PVOs Amendment Bill,  with Robinson confirming the meeting with Shava in which they discussed “planned legislation, elections and UK collaboration”.

On Wednesday, Citizens’ Coalition for Change (CCC) member of Parliament Innocent Gonese said the Bill is retrogressive and not good for the country.

“A question I want to pose is: why now? I want to remind honourable members who may not be aware that in 2004 we had a Bill which was brought before this august House. It was called the NGO Bill and Honourable (Tendai) Biti et al, who were in this Parliament at the time, may remember that we burned the midnight oil debating that Bill which was a draconian piece of legislation which threatened to take away the rights of the people of Zimbabwe, particularly the right enshrined in Section 58 of our Constitution, the right to freedom of association.”

“Unfortunately, several years down the line, today we are seized with a Bill which in my opinion is actually worse than the one which we had at the time,” Gonese said.

“I will explain why I say it is worse. Among other things, it is trying to interfere with even trusts, for example, which are not covered by the provisions of the current Act, universitas and so on and so forth. I believe that we must interrogate, introspect and say to ourselves: is this good for our country?”

Zanu PF is pushing for the Bill, arguing that NGOs in the country were sponsoring opposition players and civil society actors to push for a regime change agenda.