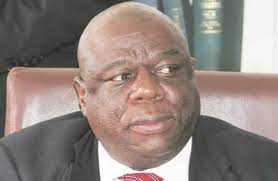 STAKEHOLDERS in mining are concerned by delays in crucial deliberations on the controversial Mines and Mineral Amendment Bill amid worries that the government wants to exercise greater control of the extractive sector.

CHIPA GONDITII
Deliberations over the Bill were initially tabled for an all-stakeholders’ conference which was set to run from 24 to 27 September 2020.

The event was however cancelled at a time the government was expecting a backlash over a clause which states that companies and individuals alike have to appear before a cadastre board in order for them to be licensed.

A second all-stakeholders’ conference set to run from 25 to 28 March this year was also cancelled a few days before commencement without any explanation, with Clerk of Parliament Kennedy Chokuda (pictured) announcing that a new date would be set in the near future.

A letter seen by The NewsHawks dated 24 March informed stakeholders of the cancellation while listing the Mines Parliamentary Portfolio Committee clerk,  only identified as Mr W Marume, as a referral contact for any queries.

When questioned about the postponement of the meeting, Marume referred questions to Chokuda, who however did not respond to enquiries.

Zimbabwe Prospectors Union president Samson Dzingwe highlighted fears that the numerous cancellations of the all-stakeholders’ meeting could be used as a way to sidestep the important consultative meetings as the current Bill lacked transparency and concentrated all the power on the board.

“Government is concerned that they (stakeholders) will contribute their valid concerns which will obviously be in contradiction to the half-baked Bill as they were not consulted in the first place, thus stakeholders are suspicious if this could be a way to dodge or skip consultation and force the passing of the Bill without the consultation of stakeholders,” Dzingwe said.

“No stakeholders were consulted regards the Mines and Minerals Bill so far, thus the further cancellation of the all-stakeholders’ meeting almost five times is a clear sign that the crafters of the Bill might be scared of the stakeholders.

“The clause which requires miners and individuals to appear before a board in order for them to be licensed is bureaucratic and promotes red tape, chicanery and corruption. The clause also lacks transparency and accountability. There is a lot of unchecked or discretional powers given to the cadastre board.

“The clause will cause further delays which will lead to closure of business and the scaring away of potential investment. The clause proves that the Bill was crafted without stakeholders’ consultation.”

Artisanal and Small-Scale Miners Association chairperson Blessing Togarepi said by cancelling the all-stakeholders’ meetings, the government risked missing out on key points from various stakeholders. He said there were suspicions among stakeholders in the mining community that the government wanted to fast track the deliberation process.

“We in the mining sector have become suspicious of the government’s intentions as the current Bill shifts all the power to government through the cadastre board. So, if there is no reason given as to why the meeting was called, logic would tell one that they want us to forget about Bill and bring it into law without proper consultations,” Togarepi said.

“Government is supposed to consult with all stakeholders because they form part of the mining ecosystem in Zimbabwe and for us to move forward as a country we need to come together as one and come up with ideas that can lift the nation. Government could miss out on this if they carry on cancelling these meetings.”

The mining sector accounts for about 12 percent of the country’s gross domestic product with the government claiming the sector has the potential to generate US$12 billion annually by 2023.

How ready is Zimbabwe for AfCFTA?