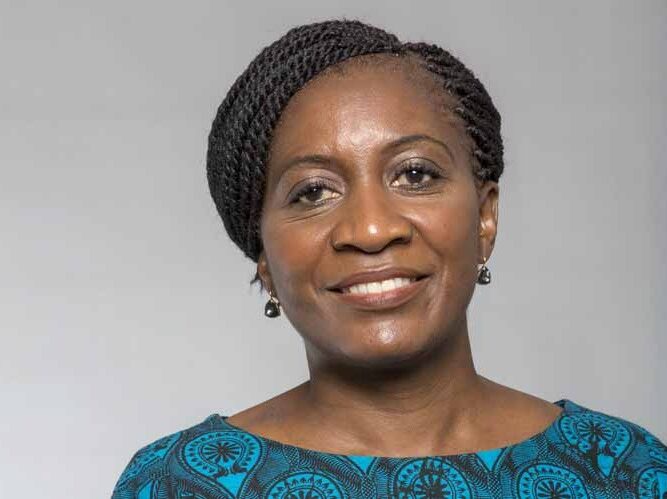 Country manager Moono Mupotola (pictured) said the bank had availed US$7.5 million to guarantee exports as part of efforts to provide corresponding banks with comfort when dealing with local players.

“We’ve just approved a US$7.5 million guarantee instrument to CABS. Because of Zimbabwe’s situation, most corresponding banks are nervous about guaranteeing exports coming out of Zimbabwe. What this guarantee does is that it provides comfort as a trade finance instrument to corresponding banks that they will get their money. It’s very good in that the exporters are guaranteed in receiving their dues,” Mupotola said.

She said the country’s poor credit ratings as a result of the debt overhang is affecting local companies as foreign banks are jittery over dealing with Zimbabwean companies.

“Part of the problem is Zimbabwe’s ratings. These financial institutions provide Zimbabwe’s credit ratings, and because of the current situation – sanctions are just one part of the equation – this is a country under debt distress. So, to me the debt distress situation of the country on the financial markets – I wouldn’t call it sanctions per se – means that the country has to look for other instruments to provide comfort to corresponding banks. In this case, AfDB has stepped up to support the Zimbabwean private sector,” she said.

Zimbabwe’s foreign debt was US$13.2 billion last year, according to Treasury data. This includes US$716 million to the African Development Bank (AfDB). Between January and September last year, Zimbabwe only made token payments of US$44.2 million, reflecting how deep it remains in debt distress.

The bank’s president, Akinwumi Adesina, will jet into Zimbabwe next month to discuss the country’s ballooning debt amid expectations that a new debt arrears clearance plan will be tabled for the struggling country.

Even amid growing calls for the implementation of economic reforms, the IMF said Zimbabwe’s re-engagement with creditors had lost steam despite ongoing efforts by Harare to normalise relations with multilateral creditors before extricating itself from a huge debt overhang.

“International re-engagement has lagged as stakeholders seek political and economic reforms. The 2019 Staff-Monitored Programme experienced significant policy slippages and elapsed without a review,” the IMF said.

AfDB has also availed US$50 million for the private sector in 2022 but said the bank will not directly support the country’s fledgling informal sector.

“We have a private sector window of US$50 million on a yearly basis. In 2022 we also another US$50 million. We are a wholesaler; we don’t go down to the informal sector. What we do is that we on-lend to the private sector. In 2018 operation with CABS, weprovided a US$25 million line of credit to CABS, and they repaid it back. It is one of our good customers, they paid on time ‘-they might be a repeat customer,” Mupotola said.