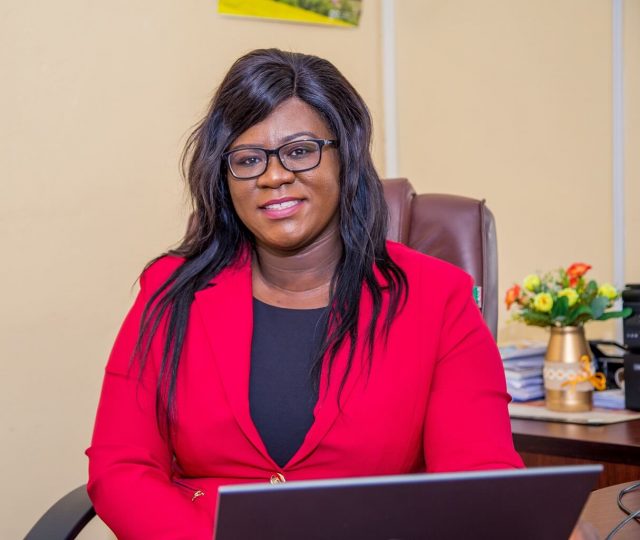 ON 9 December, Zimbabwe joined the rest of the world in commemorating International Anti-Corruption Day at a time the scourge is growing in the country. The Newshawks reporter Merlin Garwe (MG) this week spoke to Transparency International Zimbabwe (TIZ) director Muchaneta Mundopa (MM) who reflected on TIZs journey against corruption as well as the impact of graft during the Covid-19 era. Mundopa says countries with low levels of corruption were able to provide social safety nets to vulnerable members of society while in Zimbabwe people opted to risk contracting Covid-19 whilst defending livelihoods.
Mundopa also bemoaned the lethargic pace at which cases of corruption involving politically-connected persons are progressing. Below are excerpts of the interview:

MG: What can you say about the journey you have travelled in the fight against corruption in Zimbabwe and the country’s commitment to tackling the scourge?

MM: Since 2003, the 9th of December has been set aside annually as the International Anti-Corruption Day. This is a United Nations observance with connections to the United Nations Convention Against Corruption (UNCAC) to which Zimbabwe is one of the state parties.

For TIZ, we do not take this day as ordinary commemorations, but we also take it as an opportunity to reflect on how far the country has gone in terms of fighting corruption and our contribution thereof as an institution. TIZ has been in existence since 1996. The past 24 years have been filled with lessons, challenges, and milestones in the fight against corruption.

The institution has been instrumental in advocating and lobbying for institutional and policy frameworks that contribute to the eradication of corruption in Zimbabwe such as the 2020-2024 National Anti-Corruption Strategy.

We are cognisant of the fact that fighting corruption requires a holistic and multi-faceted approach and, as such, we have been working with various stakeholders in the anti-corruption chain such as Parliament, private sector, churches, government departments, the media and the ordinary citizens.

The theme of this year’s International Anti-Corruption Day was “Recover with Integrity” in light of the Covid-19 pandemic.

This pandemic has not only exposed how corruption thrives during times of emergencies or disasters but has also amplified the effects of corruption on the state’s ability to respect, protect, and fulfil fundamental human rights and freedoms.

The state of our public healthcare is deplorable such that we have ministers and other high-ranking public officials opting to seek medical attention outside the country, yet Zimbabwe is one of the countries endowed with vast minerals.

Whilst Covid-19 is unprecedented, we noticed that countries with low levels of corruption were able to provide social safety nets for vulnerable members of society. In Zimbabwe, people opted to risk contracting Covid-19 whilst defending livelihoods.

This shows that it is the ordinary citizens who bear the brunt of corruption and, as such, it is integral that anti-corruption be imbedded in all sustainable development efforts.

As an institution, we have been encouraged by the increased discourse by ordinary citizens on the state of corruption in the country and the exposing of corruption thereof. This is testament of the fact that citizens are now aware of the negative impacts of corruption.

However, of concern to us has been the imbalance between the impetus by the citizens for a corruption-free Zimbabwe and the pace and the manner in which cases of grand corruption or those involving politically exposed persons or high-ranking public officials are being handled, the culture of impunity continues and this remains detrimental to the fight against corruption

MG: What are the challenges you are facing in trying to combat corruption in Zimbabwe?

MM: Just like most civil society organisations in the country, our challenging moments have been around the shrinking of civic and democratic space.

This has contributed to lack of safety for anti-corruption activists as Zimbabwe does not have mechanisms in place to protect whistleblowers. Fighting corruption by its very nature is dangerous, therefore there must be sincerity and political will to protect those who expose corruption coupled with respect for fundamental rights such as access to information.

MG: In your statement on Anti-Corruption Day, you highlighted that corruption remains one of the governance challenges despite robust legal frameworks. What do you think could really be the problem?

MM: Indeed, corruption in Zimbabwe remains endemic despite the vast legal frameworks that exist to combat it. This is evidenced by Zimbabwe’s low ranking on various corruption and governance indices such as the Transparency International Corruption Perceptions Index (CPI), where the country has a score of 24 out of 100 with a ranking of 158 out of 180.

Such low ranking and score coupled with the ordinary citizen’s dissatisfaction with regards to the lack of transparency, accountability and integrity in both the private and public sectors poses a question on the effectiveness of our anti-corruption policies and the will by political actors in fighting corruption in Zimbabwe.

Whilst we are aware that fighting corruption has incremental gains, there is the desire and urgency by citizens to see anti-corruption policies transforming institutions of governance and curbing corruption, due to the disastrous impact of the scourge.

MG: What is your comment on the work done by Zimbabwe Anti-Corruption Commission so far?

MM: The Zimbabwe Anti-Corruption Commission is one of the constitutionally mandated institutions to combat corruption and crime in terms of Chapter 13 of the Constitution.

They have the responsibility to investigate, combat and receive complaints on corruption. Zacc has evolved over time and, in our view, it is progressively growing in its strength and reach, especially in terms of coordinating various stakeholders in the fight against corruption through the spearheading of the country’s maiden National Anti-Corruption Strategy. Zacc has also been influential in prioritising asset recovery and initiating investigations of high-profile cases.

However, it faces challenges in completing high level cases and in achieving quantifiable results.
This may be attributable to the fact that prosecution of cases is the preserve of the National Prosecuting Authority.

Due to the endemic levels of corruption, there is the obvious expectation for Zacc to be doing more. Investigation of corruption should not be used for political expedience only. However, for Zacc to succeed, there must be political will to see the institution succeed.

This entails political actors, senior public officials and politically exposed persons respecting the rule of law and constitution which provides that Zacc is an independent institution which is not subject to the direction and control of anyone and must exercise its functions without fear, favour or prejudice.

It also entails ensuring that the institution is well resourced, and its staff capacitated. Corruption is a complex and highly technical phenomena on, which requires resources.

MG: There have been concerns of corruption involving bigwigs, taking long to be resolved. What is your comment?

MM: Corruption in Zimbabwe is politically contested and those politically connected seem to be afforded a high degree of impunity and preferential treatment once arrested.

We have noted with concern the way senior public officials or politically exposed persons are afforded preferential treatment when they appear at the courts.

A case in point is how the former minister of Health (Obadiah Moyo) was afforded bail at his first court appearance despite the seriousness of the allegations he faces. Corruption involving funds meant for Covid-19 poses as a threat to the right to life.

The fact that these cases are taking too long to conclude warrants relevant stakeholders to relook at the effectiveness of our justice system in dealing with corruption cases, especially cases of grand corruption.

It is also our recommendation that stakeholders such as the National Prosecuting Authority make use of the Unexplained Wealth Orders to ensure that the perpetrators of corruption do not benefit from the proceeds of crime.

MG: What are the key sticking issues around transparency and accountability that you think need to be addressed?

MM: Transparency and accountability are compromised across the public sector. However, we are of the view that there is need to put concerted efforts in the extractive industries and public procurement.

The country continues to lose a lot of revenue through leakages in the extractive industry and through public procurement as noted by the Auditor General in her annual reports. Corruption in the extractives is rampant due to limited contract transparency and secrecy clauses therein.

This is further worsened by high cost of compliance in the formalisation processes. Public procurement processes on the other hand remain at the centre of political debate and are characterised by complex dynamics of political/state capture, failure to adhere to procurement processes, weak accountability and enforcement institutions, and a continued culture of impunity.

This has allowed for the continued leakages of public funds through skewed processes, despite having progressive legislative frameworks guiding public procurement and disposal of public assets. The lack of beneficial ownership transparency laws creates loopholes for politically connected persons to be awarded government contracts.

MG: Do you see Zimbabwe embracing a new anti-corruption ethos?

MM: Corruption has become a cultural trait, from petty to grand levels of corruption. It is embedded in people’s daily transactions and for ordinary citizens has been necessitated by the need to acquire basic public services: “survival corruption”.

This cultural trait is difficult to deconstruct without responding to key social and economic facets such as the declining economy and the impunity afforded to politically connected persons.

Such impunity provides justification for the ordinary citizen to engage in corruption. There is the general disintegration of integrity within our society where those who engage in acts of corruption are awarded “hero status”, what we at TIZ have termed “mbingarisation of corruption” whilst those who eke out an honest living have to contend with a failing public sector.

Addressing this level of corruption, therefore, requires new thinking and strategic leadership that discourages corruption from the highest level as well as targeting the young in the fight against corruption: “catch them young”. Zimbabwe has the potential to embrace a new culture, if there is a mindset shift and general approach of institutional strengthening.

Inflatable boats provide new, yet risky alternative for crossing from Zim to SA

Citizens must take charge of their destiny – Ngarivhume