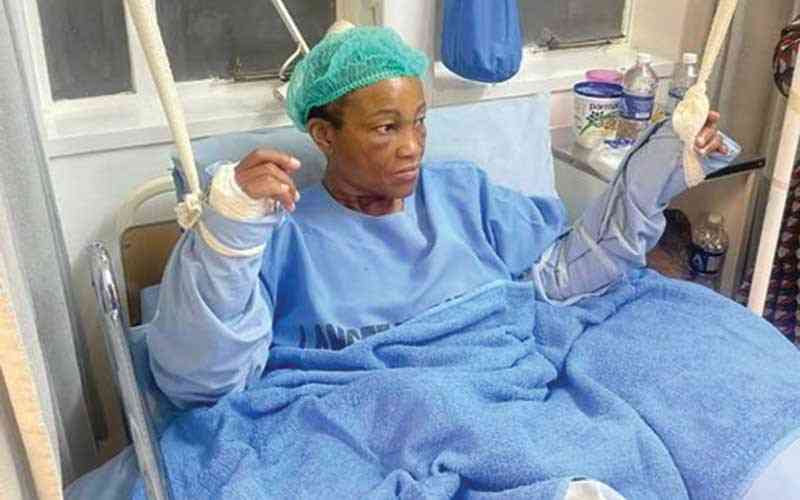 Goal Five envisions the realisation of gender equality, to ensure that women and girls participate fully in all facets of society.

Gender parity is a fundamental human right. It is also a requirement for achieving every objective in the United Nations 2030 Agenda for Sustainable Development.

Until 2013, Zimbabwe had a national constitution based on the Lancaster House Agreement of December 1979. The country adopted a new constitution in 2013 to replace the gender-insensitive Lancaster House Constitution of 1979, so as to enhance women’s participation in decision making. Notably, Zimbabwe is a signatory to several international declarations, such as the Beijing Platform for Action of 1995, the Southern African Development Community (Sadc) Gender Protocol on Gender and Development of 1997, the Convention on the Elimination of All Forms of Discrimination Against Women (Cedaw) of 1979, that are aimed at enhancing women’s participation in leadership and decision-making.

Zimbabwe has taken cognisance of the African Charter on Human and People’s Rights and the African Union’s Constitutive Act, both of which stress the need for the advancement of gender equality on the continent as a necessary step toward inclusive and sustainable development.

Zimbabwe’s 2013 constitution provides for a women’s quota constituting 60 proportional representation seats, thus increasing the number of women in Parliament. Zimbabwe has also adopted and implemented the 30% quota system which was agreed upon during the Sadc Declaration on Gender.

The quota system allocates at least 30% of all seats in both urban and rural councils to female councillors. According to the 2020 Inter-Parliamentary Union report on women in politics, Rwanda leads in women’s parliamentary participation in Africa, at 61.3%, while South Africa is ranked second. Zimbabwe is thriving to close the gap of women’s under-representation in politics .

Women in Zimbabwe are also the largest untapped constituency when it comes to effective citizen participation as well as social and economic development. Through the ministry of Women’s Affairs, Community, Small and Medium Enterprise Development,  the government has been galvanising women to take action in demanding their constitutional rights and improved service delivery. As a result of empowerment, women are now taking part in budget consultations and service delivery discussions.

Taking a broader view, women constitute the majority of Zimbabwe’s voters, accounting for 52% of the country’s total population. Women’s participation in government at all levels, from local to national rungs, is still incredibly low, despite progress in some areas toward raising it.

However, the women’s quota lapses in 2023 and the appointment of women should be on merit in order to address the plight of women as it gives representation to the voiceless.  Women are represented well by fellow women because they know the grievances and needs of women in the community.

Also, it is important to note the role played by women in the liberation struggle, the likes of Oppah Muchinguri-Kashiri, Monica Mutsvangwa, Joice Mujuru, the late Sithokozile Mathuthu, who contributed immensely to the liberation struggle. Regarding this, Zanu PF further established a wing, the “women’s league”, currently led by Mabel Chinomona who is also a former speaker of Parliament and the current president of the Senate. Although the ruling party is recognising the importance of women’s participation in politics through its structures, women  in general are demanding one of the vice-presidential posts, in view of the fact that the presidium is currently male-dominated. Notably, Zimbabwe has in the past had a female VP — Mujuru — therefore the current presidium which lacks gender balance may be construed as a regression.

There are factors hindering women from participating in politics in Zimbabwe. Acts of violence committed against women with the intention of intimidating and silencing their voices in politics, as well as political parties’ non-compliance with the constitution’s gender balance requirements for appointments and candidate selection come to mind. Prominent women in politics in Zimbabwe like Thokozani Khupe and Linda Masarira are routinely labelled “prostitutes” and this name-calling portrays females as irrational, mentally unstable and inconsistent compared to their male counterparts.

In the 21st century, African women are still marginalised by a patriarchal environment although the Zimbabwean government is mapping the way forward for the full realisation of women’s rights — politically, socially and economically.

It is important to note that gender equality in politics is also hampered by violence, intimidation and torture of women. This has been particularly witnessed in the opposition. Joana Mamombe, an opposition member of Parliament, was victimised and subsequently dragged to court on an allegation of faking her abduction and torture. The deployment of the repressive state apparatus against women has no place in a country that claims to be a constitutional democracy.

The voices of women are  silenced by hostile politics. Recently, opposition Citizens’ Coalition for Change legislator, Jasmine Toffa (pictured) was also assaulted and this instills fear in  women, dissuading them from vying for political and economic  participation.

Therefore, the government of Zimbabwe should respect the crucial role of women in politics. The authorities must uphold laws and  domesticate international statutes meant to protect women from abuse and discrimination.

Concerning women’s empowerment, the government should understand that gender

equality in the electoral and political spheres demands a thorough legislative framework and the cooperation of various state and non-state actors. These organisations include the Zimbabwe Electoral Commission (Zec), the courts, government departments, statutory commissions responsible for gender problems, and civil society.  The charging of  exorbitant and arbitrary fees by Zec should also be reviewed as these unreasonable fees hinder women from fully participating in politics.

Civil society has played an important role in campaigning for fair political representation, violence-free elections, and institutional and legal support that would ensure the meaningful participation of women in politics. The government also has to collaborate with women’s rights organisations through funding projects and investing in extensive research programmes on women’s  participation.

About the writers: Tinashe Kanda and Usher Nyambi are fourth-year international relations students at Africa University. They write in their personal capacities.

Global inequality and Development: the case of Sudan