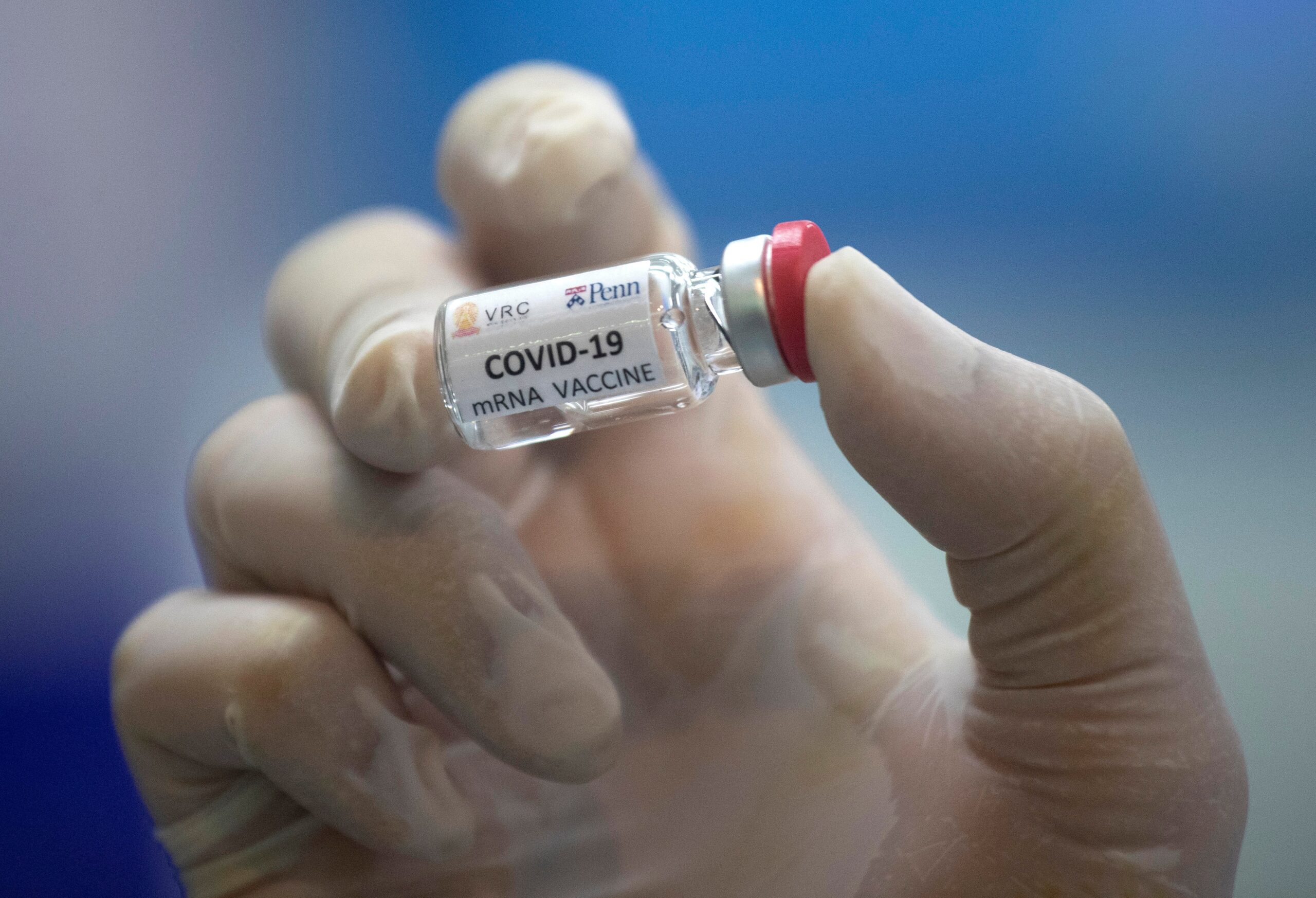 AT a time the Covid-19 death rate is spiraling out of control and other countries are scrambling for a limited supply of vaccines, Zimbabwe is taking its sweet time in deciding the vaccine it can acquire for citizens.

In the meanwhile, the government is negotiating with the Chinese for the Sinovac vaccine, but has been slow to  complete the required registration process.

President Emmerson Mnangagwa’s governmnet is also yet to formally request the World Health Organisation (WHO) for the Covax vaccine scheme, exposing the government’s lack of leadership in fighting the deadly pandemic.

In response to questions by The NewsHawks, the ministry of Health and Child Care said a scientific committee will choose from the available vaccines once the necessary tests are done, which will be in about a month.

“Genotyping is soon going to be done for us to know the current circulating strain.  After we have results of the current strain, a scientific committee will then need to decide from the available… this we will know in a month’s time,” Health ministry spokesperson Donald Mujiri told The NewsHawks.

Mujiri said a decision on which vaccine will be suitable for Zimbabwe can only be arrived at after a thorough analysis of the Covid-19 strain currently circulating in country.

According to the Vice-President (Constantino Chiwenga), who is the minister of Health, the government is following the development and dissemination of Covid-19 vaccines by other states, with keen interest. Zimbabwe adopted a measured approach, with experts interrogating all safety concerns.

“The ministry is doing everything possible to ensure that citizens are safe from possible side effects of some Covid-19 vaccines, currently on the shelf. Specimen shall be analysed so that we see which strain is circulating in the country. Currently, Zimbabwe is working with various manufacturers to have their vaccines registered here, so we are gathering the data,” Chiwenga said.

“The MOHCC (ministry of Health) in collaboration with WHO is in the process of preparing to send samples to the National Institute of Communicable Diseases in South Africa for genetic sequencing so as to ascertain the current circulating strains. With those results, we will be able to choose which vaccine is suitable for our country.”

African countries are stampeding to secure the life-saving jabs following a second wave of infections, which is threatening to collapse weak health systems around the continent.

According to well-placed sources, Zimbabwe has been moving at snail’s pace in its registration for Sinovac. The sources said the country’s ability to access the vaccine would depend on the efficiency of the Zimbabwean government.

Zimbabwe is yet to complete the registration process for the Chinese vaccine as lethargy continues to blight the official Covid-19 response at a time the country is battling a deadly second wave.

“The registration is going on now. It takes several steps to complete the process. We cannot say when it will finish because it depends on the efficiency of the Zimbabwean government,” an impeccable source told The NewsHawks.

Several African countries, including Morocco and Egypt, have already secured the Chinese vaccine while 10 presidents received the Chinese jab. Other countries that have accessed life-saving jabs from China include Turkey and the United Arab Emirates (UAE).

Zimbabwe is racing against time to secure Covid vaccines, at a time neighbouring South Africa has already bought 1.5 million doses from the Serum Institute of India while other vaccine rollout programmes in southern Africa have gathered pace.

Contrary to a recent report in a local weekly a fortnight ago which claimed that the country would begin a Covax vaccine rollout programme starting next month, the government has no plausible vaccine plan.
While the Covax vaccine is a cheaper option, which only covers 20% of the population, the government has employed a lethargic approach in securing the vaccines, as African countries are stampeding for the limited doses.

Currently, the government is implementing a vaccine rollout preparation programme with no specific timelines outlining when the vaccines would arrive.

A senior government official told The NewsHawks that there had been no correspondence with WHO on the Covax vaccine issue, adding a recent statement by the deputy Health minister was meant to manage growing panic following a huge surge in Covid-related deaths and cases since the Christmas holidays.

“WHO only deals with countries who engage the body formally. Zimbabwe has not written to WHO seeking assistance under Covax and the danger here is that if the scheme is oversubscribed, the country will lose out,” a senior health official told The NewsHawks.

“The Covax vaccine facility is only available to 20% of the African population with prioritisation given to countries hardest hit like South Africa so any delays would be detrimental to the country,” the official added.

But sources say government would have to reach out to the WHO in order to begin the process of taking delivery of the vaccines.

WHO country representative to Zimbabwe Alex Gasasira would not be drawn into commenting on Zimbabwe’s Covax appeal, but said the WHO was ready to assist the country to administer the vaccines.

“The application to Covax is made by the country, we just provide technical support. We make sure the vaccines are safe and meet the general standards of safety before being administered. So, kindly get in touch with the ministry on that,” Gasasira told The NewsHawks in a telephone interview.

“The preparations for the Covid vaccines are being made by the ministry of Health and a lot of work is going on to make sure the country is well-prepared to receive the vaccine,” he added.
This leaves China and Russia as Zimbabwe’s only realistic options for relatively affordable vaccines at this stage.

The Russian embassy had not responded to questions sent by The NewsHawks at the time of going to print.

While the government’s options on Covid-19 vaccines remain limited, conspiracy theories have arisen locally, alleging that the British embassy is seeking to manipulate the Zimbabwean government to acquire the Pfizer vaccine on uneven terms.

The UK government, through UK Aid, will help distribute one billion doses of vaccine to 92 vulnerable countries.

“The UK’s assistance is via the global Covax facility, which is co-led by CEPI, Gavi and WHO. The UK has helped raise US$1 billion through match-funding other donors which, combined with the £548 million of UK Aid pledged, will help distribute one billion doses of Covid-19 vaccines to 92 vulnerable countries including Zimbabwe,” an embassy spokesperson said.

“Covax offers a unique and cooperative way to maximise the chances of equitable access for all countries to safe and effective vaccines that work. On 31 December 2020, the Pfizer-BioNTech vaccine was the first vaccine to receive WHO emergency validation since the outbreak began.

With other countries in Sadc having either paid deposits under the Covax scheme, which will secure enough vaccines to protect their most vulnerable populations, Zimbabwe is yet to announce a plausible plan to help protect its more than 16 million citizens.

While Zimbabwe is still grappling with “elementary” issues such the provision of masks to nurses, neighbouring South Africa is aiming to achieve 67% herd immunity to stop the spread of the deadly virus, following revelations that a deadlier variant of Covid-19 has emerged. Herd immunity is when most of a country’s population develops immunity to an infectious disease.

Zimbabwe’s Covid-19 vaccine plan, launched early this month, is silent on the source of the vaccine, raising doubt on the government’s sincerity in fighting the deadly pandemic.

Other countries like Namibia, Botswana and Zambia have come up with Covid-19 vaccination programmes which include payments to the Covax scheme for initial doses and a distribution plan, with most earmarked for next month.

Zimbabwe, on one hand, has exhibited a stark lack of planning in its Covid-19 response.
Chief coordinator of the national Covid-19 taskforce Agnes Mahomva said Zimbabwe is still at the preparatory stages of its vaccination programme. She could not state the exact dates for the commencement of a national vaccine rollout programme.

Mahomva said the government is working with the WHO and Unicef to calculate the number of doses needed, especially for frontline workers in the health sector.

“Government has said it is working on preparations as part of the Covax programme. I cannot give you specific timelines because we are still in our preparatory stages. We are working flat out with WHO and other partners to ensure the rollout is successful,” Mahomva said.

Doctors have warned government’s lack of urgency in fighting Covid-19, saying it could be fatal.

Drawing examples from Zimbabwe’s tragic response to the HIV virus in the 1990s which saw the country only roll out a nationwide anti-retroviral treatment in early 2000s, Zimbabwe Association of Doctors for Human Rights  president Norman Matara said Zimbabwe should not rely on the Covax scheme alone but should budget for vaccines.

“We have not heard clear communication on vaccines. There are reports that government will access vaccines from Covax and Africa CDC (Centres for Disease Control) and we are waiting for those vaccines, but in terms of our own initiative to purchase vaccines, there is no clear message,” Matara told The NewsHawks.

“We need to learn from the HIV response plan which was late in terms of a massive rollout of medicines. It could be fatal if we fail to plan,” he warned.

Doctors say the country desperately needs a vaccine to curb the growing number of deaths, with the country now on the verge of a grim 1 000 Covid-19 deaths milestone.

While Zimbabwe is struggling with administrative and governance issues, the country also lacks the key infrastructure to receive Covid-19 vaccines.

About 600 die while Mnangagwa holidays