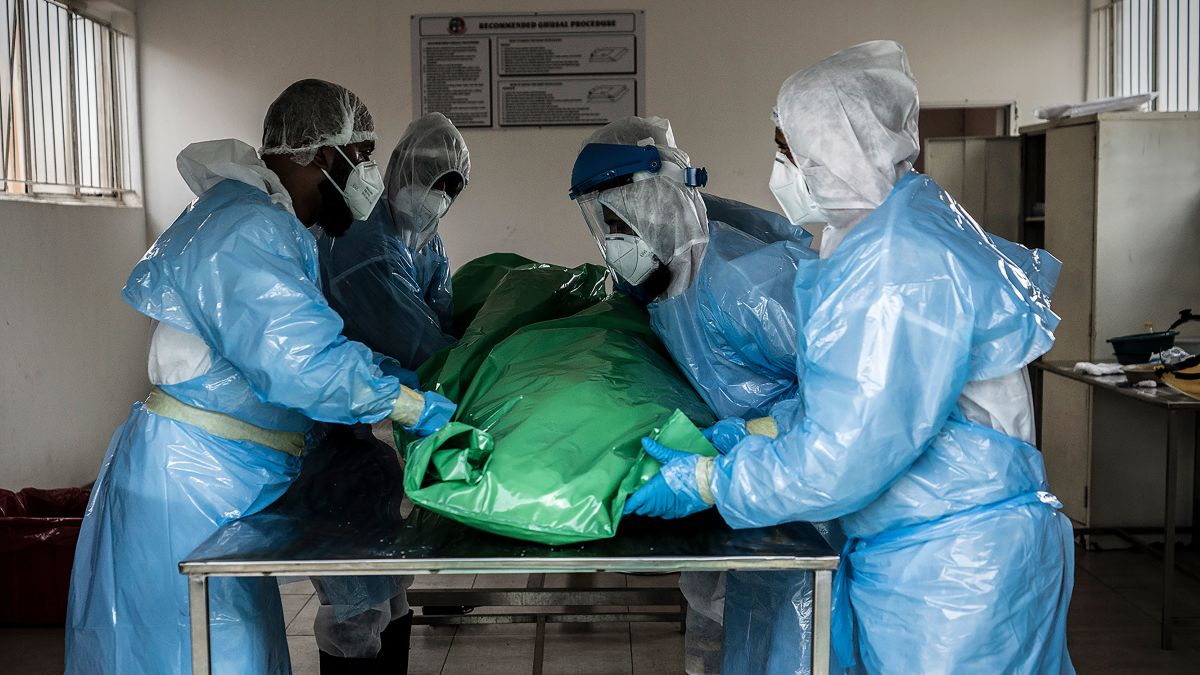 WHILE President Emmerson Mnangagwa has been quietly enjoying his annual leave in the midst of the virulent second wave of the coronavirus pandemic, Zimbabwean Covid-19 infections and deaths have been intensifying at a dramatic pace – 16 439 new cases and 593 more fatalities.

NYASHA CHINGONO
Just as Covid-19 was bouncing back at the beginning of the new year with ferocity after a relatively mild and contained first wave in Zimbabwe, Mnangagwa was going on leave.

Mnangagwa returns to work on 2 February 2021. Since Mnangagwa went on his annual leave on 31 December 2020, the number of Covid-19 cases and deaths have dramatically increased.

This has inevitably shifted the spotlight to Mnangagwa, with questions being raised about the timing of his holiday break, his sense of judgement and fitness to govern.

“People, including frontline health workers, are dying while Mnangagwa is on holiday; hospitals are empty shells without equipment and drugs, and there is no Covid-19 strategy, vaccine plan and budget,” former Finance minister Tendai Biti said. “What sort of leadership is that? There is no leadership at all; we are on auto-pilot. We are on our own.”

In other countries when emergencies or disasters arise, leaders urgently take a hands-on approach and push for an all-hands-the-deck action or rush back to work if they would have been away – not perfunctorily go away for a holiday when people are dying.

While Mnangagwa has been ignoring people dying, he briefly came back for the burial of Zanu PF founding nationalist leader Morton Malianga and former Manicaland provincial minister Ellen Gwaradzimba at Heroes Acre yesterday.

Official sources said, although Mnangagwa did not come back to preside over the burial of the late retired Brigadier-General Collin Moyo on 12 January at Heroes Acre, he made a special exception for Malianga, a prominent liberation struggle figure.

Ironically, Morton’s brother Washington Malianga, who was also a struggle bigwig, was not buried at Heroes Acre. While his regional counterparts like South African President Cyril Ramaphosa have been hailed for showing hands-on leadership, leading from the front, providing regular updates on government strategy to contain the pandemic and hunting for the vaccine, as well as empathising with South Africans, Mnangagwa is enjoying the comfort of a holiday at his farm and home quietly.

Apart from a few and irregular tweets casually conveying condolences, Mnangagwa has been aloof and quiet on the quickening infections and escalating deaths.

Apart from his tweet and statement on 20 January conveying his condolences on the late Foreign Affairs minister retired Lieutenant-General Sibusiso Moyo, Mnangagwa last tweeted on Covid-19 on 5 January, saying: ” Zimbabwe is entering a second wave lockdown to stop the spread of a Covid-19 second wave. Please, for the sake of your family and loved ones, avoid large gatherings and non-essential travel. This is the final push – let’s defeat this virus for good.”

While his supporters liked the message, critics heavily slated him for claiming there is a final push when he was not even there to lead from the front like other serious leaders are doing elsewhere.

Return of indigenisation spooks the market