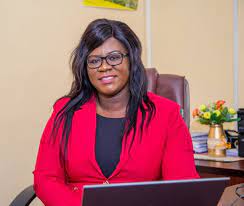 ZIMBABWEANS have expressed dissatisfaction with the country’s health delivery service, citing corruption as a serious impediment, a new report has revealed.

CHIPA GONDITII
According to Transparency International Zimbabwe’s latest report on corruption in the public health sector, most Zimbabweans have been victims of corruption and do not have faith in the health system.

The report also shockingly reveals that corruption has been regularised within the health sector with salary gaps between employees being cited as the reason.

“Corruption has been normalised in Zimbabwe as evidenced by everyday practices in health-related services which many do not consider as corruption.

However, their accumulation and acceptance by various stakeholders has a detrimental cumulative effect on the performance of the public healthcare system.

“The huge salary/income gap between public service employees and private sector employees in Zimbabwe results in a difference in living standards and wide income gap between the private and public sector. This further serves as motivation for those employed in the public sector to engage in corruption when they compare themselves with their clients,” the report reads.

Speaking at the launch of the report, Transparency International Zimbabwe executive director Muchaneta Mundopa (pictured) said corruption in the country is affecting the health delivery system.

“Corruption has become endemic both to the private and public sector and it affects the government’s ability to provide quality health service delivery, it also destroys the social contract between the state and the citizens.

“Corruption should not be a life sentence for Zimbabweans, this is why we continuously embark on initiatives and partnerships that seek to contribute towards anti-corruption initiatives which have the potential of reducing corruption.”

“The discourse to take decisive action against the endemic corruption in the country in general is growing. The country is losing billions of dollars annually as a result of leakages and this is money which can be used to help the country finance the implementation of Sustainable Development Goals (SDGs),” she said.

The report further highlights that the mass exodus of health workers from the public to the private sector is also responsible for corruption at grassroots level, whilst most of the corruption in procurement is perpetrated by those in power.

“The key informants interviewed revealed that there is a mass migration of qualified health workers from government or local council clinics to private sector institutions or outside the country, creating a vacuum in the sector. In some cases, public health sector workers are dividing their time between the public and private sectors.

“This inevitably leads to certain forms of corruption such as bribery, absenteeism, illegal referrals, moonlighting and selling of government posts.

“Corruption in public procurement within the health sector is facilitated by various factors such as weak oversight procedures and institutions, the discretion afforded to stakeholders without any accountability mechanisms, undue influence, conflict of interest in decision making and cartelism. Health sector procurement is particularly vulnerable to corruption due to its technical complexity, numerous stages and requirement of high expertise.

“Key informants stated that most of the corruption in public procurement largely occurs in the high echelons of power, such that no punitive action is taken against the perpetrators. They further stated that in most instances, reputable pharmaceutical companies are sometimes left out in the bidding processes whilst briefcase companies with links to politically exposed persons are given preferential treatment and given the specifications of the tender before it is even advertised,” reads the report.

Zimbabwe Anti-Corruption Commission (Zacc) deputy commissioner Phenias  Murapa said ultimately it is the citizens who suffer due to corruption in the health sector.

“It is the majority of Zimbabweans who suffer disproportionately from corruption.

Therefore, in the fight against corruption it is important that we as players in the criminal justice system know and recognise the economic, social and cultural freedoms that communities require to live a life of dignity,” he said.

“There is need to prioritise the fight against corruption as it devaluates human life directly and indirectly, for example the right to health is violated when there is tampering and diversion of medicine, bribe requests, procurement fraud and embezzlement of health system resources,” he said.

Zimbabwe’s total budget towards the healthcare sector remains below 15% of the national budget, in violation of the Abuja Declaration.

Despite the existence and establishment of anti-corruption laws and institutions, corruption levels continue to be on the rise.

The 2020 Corruption Perceptions Index (CPI) by Transparency International places Zimbabwe at a score of 24 out of 100 with a ranking of 157 out of 180 countries.