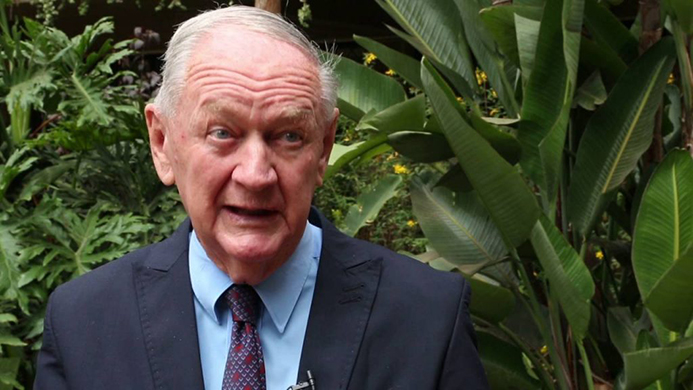 EDDIE Cross, an economist and former member of the Reserve Bank of Zimbabwe’s Monetary Policy Committee, made interesting renarks this week which deserve everyone’s attention.

Without mincing his words, he said the country’s economic problems are being caused by “entrenched interests” whose selfish actions are “almost a form of state capture”. He added that Mnangagwa must be careful of his advisers.

Speaking in an unusually candid interview with the state broadcaster, Cross said Zimbabwe generates US$34 million per day, compared to Zambia’s US$13m, yet the neighbouring country is faring much better. The kwacha is even stronger than the Rand these days.

Cross says Zimbabwe must get rid of its forex auction and adopt conventional foreign exchange management.

He is one of Zimbabwe’s most fascinating characters. For many years, he was MDC founder Morgan Tsvangira’s adviser on economic policy. Cross was supposed to be a cabinet minister in the Government of National Unity from 2009 to 2013 but was dropped at the 11th hour. Before then, he had worked in large corporations including the Agricultural Marketing Authority, Dairy Marketing Board (now Dairibord) and the Beira Corridor Group.

In 1999, he joined the opposition Movement for Democratic Change and was appointed secretary for economics. He was the member of Parliament for Bulawayo South from 2008 to 2018.

After resigning from politics, Cross served on the cenyral bank’s Monetary Policy Committee and has also served as an economic adviser to Finance minister Mthuli Ncube.

Quite clearly, Cross’ opinions are often newsworthy. It is for this reason that his utterances this week deserve scrutiny.

State capture is a serious matter. It is a systemic form of corruption in which the ruling elite and powerful businesspersons manipulate the state’s decision-making processes and policy formulation to their own advantage. This is done to serve narrow commercial and sometimes political interests — at the expense of the common good. The national interest is sacrificed on the altar of selfish pursuits.

What Cross is saying is not new.

For decades, political analysts have argued that Zimbabwe operates like a criminal organisation which prioritises the interests of a few to the detriment of the long-suffering majority.

One could actually argue that the people who are benefitting from the corruption-induced rot do not number beyond 5 000. They are holding millions of citizens to ransom.

The social costs of state capture are frightening. An economy endowed with vast resources that generate lots of foreign currency is failing to provide jobs and a living wage. Where is all the money going?

Cross cited Zambia, which has recorded steady progress since Hakainde Hichilema defeated Edgar Lungu’s corrupt and repressive government at the ballot box. But we must, of necessity, emphasise the point that Zambia’s refreshing progress is a product of political legitimacy. Free, fair and credible elections engender confidence. Citizens and investors cannot trust an illegitimate government. Without trust, there is no confidence. Without confidence there is mayhem and despair.

In Zimbabwe’s case, trust and confidence can only be restored via a free, fair and credible 2023 general election. Anything else is wishful thinking.

Related Topics:Reserve Bank of Zimbabwe
Up Next

Corporate law in Zimbabwe and why it basically matters