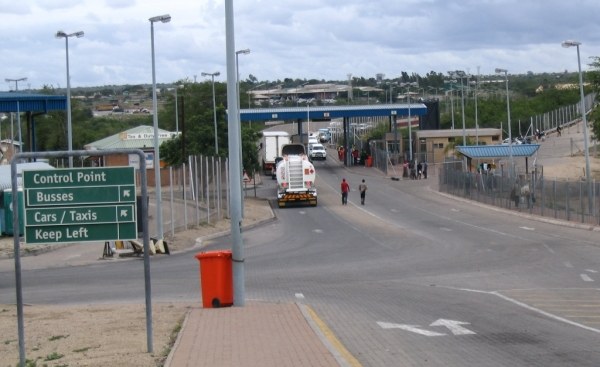 COMPULSORY forex toll fees at Beitbridge Border Post for all commercial vehicles have sparked outrage with the main opposition Citizens’ Coalition for Change (CCC) led by Nelson Chamisa saying the move is illegal.

On 11 February 2022, through Statutory Instrument 192 of 2022, Transport and
Infrastructural Development minister Felix Mhona announced that from December this year, vehicle fees at the border post will only be in US dollars and South African rand.

This means even vehicles registered in Zimbabwe and owned by Zimbabweans will have to pay toll fees in foreign currency.

According to the ministry, in terms of section 6 of the Toll Roads Act (Chapter 13:13), . . . “any person in charge or driving a commercial vehicle passing through the Beitbridge Border Customs Area shall pay the project toll at the designated office of the Beitbridge Border Customs Area exclusively in USD or South African Rand as specified in the Schedule”.
Mbizo MP and CCC secretary for transport, Settlement Chikwinya, told The NewsHawks that the development flouts the country’s laws.

“The Citizens’ Coalition for Change views this irrational move by the minister of Transport and Infrastructure Felix Mhona as not only illegal but very insensitive, considering that the majority of citizens in Zimbabwe who earn a ligitimate income are earning Zimbabwe dollars, especially the civil servants and most of the working class.

“The latest punitive action by government on the motoring public that intends to use the Beitbridge border remains illegal in that it goes against the principles of the Reserve Bank Act Chapter 22:15 that establishes the Zimbabwe dollar as legal tender and a currency of choice for Zimbabweans,” he said.

Chikwinya also said it is illogical and  “very much so illegal for the same government that in February of 2019 promulgated Statutory Instrument 33 of 2019 introducing the RTGS electronic transactions platform and further in June 2019, enacted Statutory Instrument 142 of 2019 firmly introducing back the Zimbabwe dollar to the market. The same government now disregards the same Zimbabwe dollar and RTGS for toll fees exclusive to Beitbridge Border Post. How a national piece of legislation will apply to one border post and not others in a country with eight border posts remains baffling.”

The levying of toll fees in forex also goes against President Emmerson Mnangagwa’s past decree in which he used the Presidential Powers (Temporary Measures ACT) and enacted Statutory Instrument 118A of 2022 that establishes the multi-currency regime and provides for penalties to any individual or entity that refuses to trade in the currencies defined in the multi-currency basket with the Zimbabwe dollar included. This law runs for the whole duration of the National Development Strategy 1 policy that is from 1 January 2021 to December 2025.

Chikwinya said Mhona seemed to be showing a lack of trust in the local currency and in the policies of his own government.

“Foreigners have already began shunning Beitbridge Border Post in preference of Kazungula Border Post enroute to Zambia and DRC [Democratic Republic of Congo]. This will definitely affect business in the expanding town of Beitbridge,” Chikwinya said.
“The Citizens’ Coalition for Change views the introduction of the exclusive US dollar payment for toll fees payment as an increase in the cost of doing business at Beitbridge Border Post that will result in most commercial vehicles avoiding this Border Post and using other ports of entry.”

Zimbabwe is currently using a multi-currency system and pays civil servants’ salaries in local currency although there is a US dollar allowance.

The levying of toll fees at Beitbridge comes after a company called Zim Borders was awarded a contract to build the new border post and the associated amenities.

In return, the firm will run the border post for 17.5 years to recoup its investment through collection of toll fees.

He was born in Zimbabwe but now resides in Monaco, a tax haven island off the shores of Italy.

After the government gazetted the statutory instrument dollarising the toll fees, Zim Borders followed up with a notice informing clients to take the necessary measures to comply and avoid inconveniences.

“We would like to take this opportunity to advise our customers, as per revised Statutory
Instrument published on 11 November 2022, ZWL will no longer be accepted as the currency of receipt of vehicle country of registration.

“This will come into effect 1st December 2022 and request that you please make the necessary arrangements to ensure you are not inconvenienced at the border,” read part of the Zim Borders notice.

Sources say the company is targeting at mopping up forex before the 2023 elections whose results may affect the deal if the opposition wins.

Related Topics:Beitbridgecurrencytoll fees
Up Next