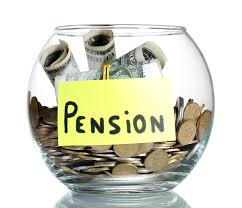 PLANS to compensate policyholders when pension and insurance funds go bust will restore confidence in the multi-billion sector after thousands of pensioners were left out in the cold due to economic turbulence, a parliamentary and legal watchdog has said.

Last September, the government gazetted the Insurance and Pensions Commission (Ipec) Amendment Bill which, among other aims, seeks to improve the level of disclosure in the sector as well as empower the local insurance regulator to co-operate with local and foreign regulatory authorities in matters such as enforcing laws, carrying out investigations and exchanging information.

Veritas, in its analysis of the bill, said while the proposed amendments were fraught with irreg[1]ularities, the new changes would benefit policyholders.

The Bill also proposes to set up a fund to compensate holders of insurance policies and members of pension and provident funds who suffer loss if their insurance companies or funds go insolvent.

“Establishing such a fund is a welcome move as it will protect the public against loss and so enhance confidence in the insurance and pension industry,” Veritas says.

“On the other hand, some aspects of the new provisions could be improved:  The fund will be administered by a board [not the board of the commission] comprising the Commissioner of Insurance [the CEO of the commission] and up to seven other members appointed by the minister.  It will be financed primarily by contributions from insurers and pension and provident funds.  Although there is provision for it to get other funding – for example it may receive appropriations from Parliament – the fund will essentially be financed by the insurance and pensions industry.  Put briefly, it will be a compulsory insurance fund for the insurance industry.”

Clause 11 of the Bill will insert a new part into the Act, empowering Ipec to co-operate with other regulatory authorities, both local and foreign, in such matters as enforcing laws, carrying out investigations and exchanging information.

“This is admirable because insurance companies and pension funds operate across national boundaries and co-operation between different regulatory agencies is necessary to ensure they abide by all applicable laws,” Veritas says.

“There is however a point that needs to be clarified.  According to clause 11 of the Bill, the commission will be able to pass on ‘privileged in formation’ to other authorities, and will not have to disclose ‘privileged information’ received from those authorities.

“It is not clear what is meant by this.  In legal parlance privileged information is information that the holder cannot be obliged to disclose.  According to the Civil Evidence Act, our law confers privilege on information in only four circumstances, two of which [the privilege against self-incrimination and lawyer-client privilege] would not apply to information passing between the commission and other regulatory authorities.  The other two, the privilege attaching to confidential communications and privilege in the public interest, are conferred only by order of a court – i.e. the information is privileged only if a court orders it to be so.  So these two privileges would probably not apply either.”

The Bill, Veritas added, needs to be amended to make it quite clear what information the commission will be able to disclose and what information it will have to keep confidential. Meanwhile,  Treasury last year undertook to pay a US$400 000 dividend in compensation to pensioners who lost value after the government embarked on currency reforms which came after the local currency plunged.