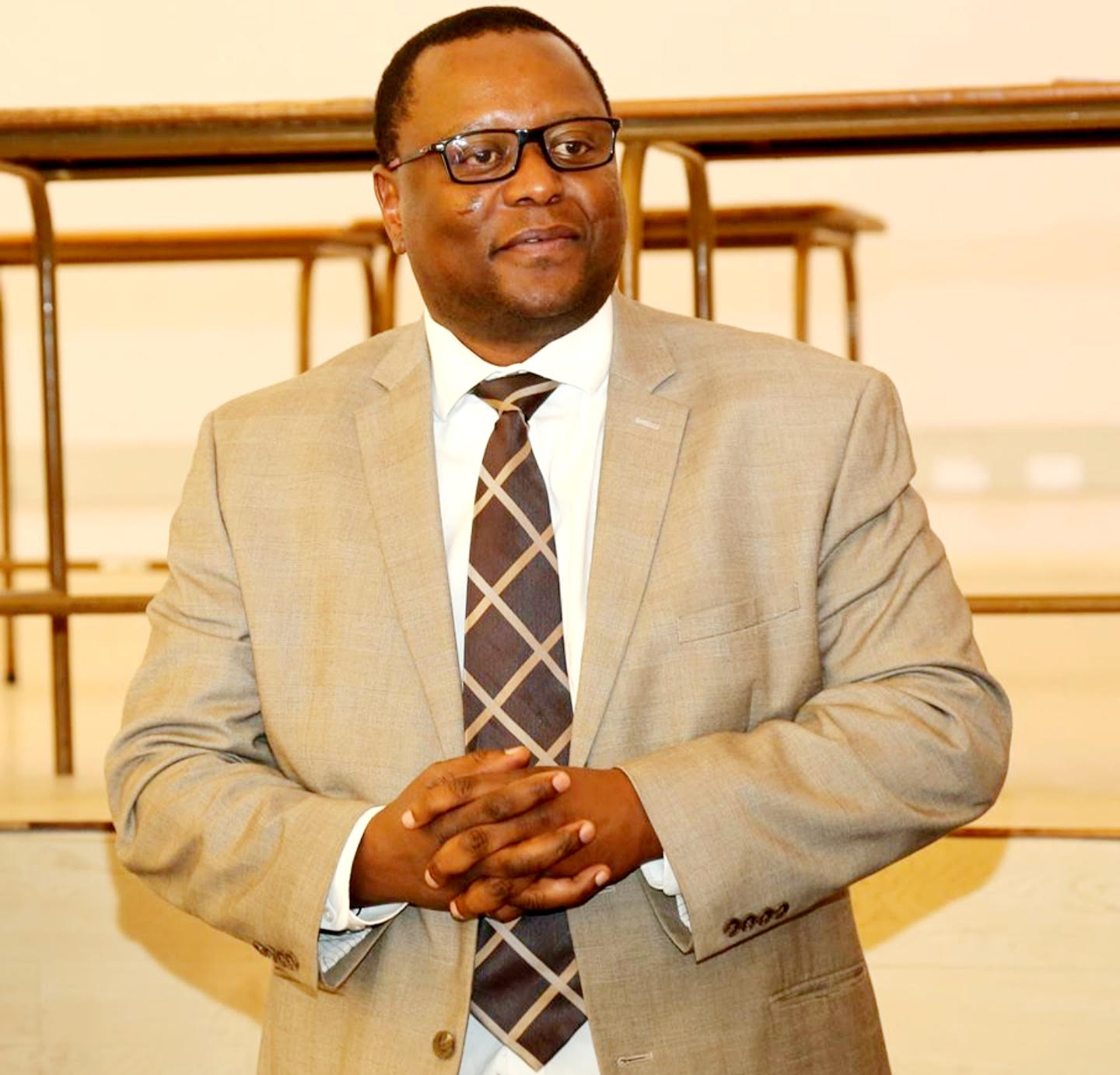 A TOP Zimbabwean Central Intelligence Organisation (CIO) director and senior ruling Zanu PF officials in Matabeleland North province are behind the illegal seizure of a farm belonging to a local international human rights lawyer and a consortium he works with on the highly productive property in Nyamandlovu.

Investigations by The NewsHawks, which involved talking to farm workers and Lands ministry officials as well as searching the deeds and companies registry, show CIO co-deputy director-general Gatsha Mazithulela (pictured), Zanu PF secretary for administration Obert Mpofu and Matabeleland North provincial minister of state Richard Moyo are behind the orchestrated political plot to grab Kershelmar Farms (Private) Limited from its legal owners who are indigenous Zimbabweans.

Malunga senior was a Zapu stalwart and outspoken MP. He died in a mysterious road accident in 1994 and is buried at the National Heroes’ Acre in Harare.

The farm measures slightly over 550 hectares.

In terms of the law, the government cannot seize land from local black people. There is a High Court judgement on that legal position obtained by Advocate Thabani Mpofu.

The CIO boss is spearheading the farm seizure in a clear case of abuse of office.

“Mazithulela has made it clear that he has an interest in grabbing the farm. He told Sipho (Malunga) sometime last year that government will seize the property because he is critical of government,” a worker at the farm said.

“Mpofu has also been here to the farm. So we have been under siege from Mazithulela and Zanu PF leaders in this region. This is clearly political. It has nothing to do with land reform.”

Malunga, an outspoken government critic like his father was, worked around the world for the United Nations at its New York headquarters, Oslo in Norway, Afghanistan, South East Asia, especially in Timor, and Johannesburg, South Africa.

He is now with Osisa in Johannesburg where he has donated medicines and medical equipment to Zimbabwe to fight the Covid-19 pandemic.

Although Malunga was not available for comment, he posted on social media earlier in the week, saying: “Today we received a call from Mr Dodzi at the land office in Bulawayo to tell us that the Zim(babwean) govt (government) has acquired our privately-owned farm and tomorrow they are coming to peg it, and give it to people they have allocated it to. This isn’t about land reform and we will fight it in every way.”

One of the owners, Dhlamini, National University of Science and Technology Applied Genetics Testing Centre director, was a lecturer at the University of Zimbabwe. He also worked for the Food and Agriculture Organisation in Rome, Italy, and for the International Atomic Energy Agency as a consultant in Vienna, Austria.

Dhlamini was among frontline workers in Bulawayo leading the battle on Covid-19.

Moyo is a businessman who also has interests in mining.

The three raised funds and pulled other resources together to invest in agriculture.

However, in a notice of acquisition of the farm under section 72 (2) of the constitution (General Notice 3042 of 2020), Lands minister Anxious Masuka said this week the state was expropriating the land with immediate effect.

Government claims it designated and compulsorily acquired the farm in 2004 under the often violent and chaotic land reform programme which started in 2000.

It says Malunga and his partners later “bought a shadowy company that claimed to own the farm” – meaning Kershelmar – “but did not have exclusive ownership of the land in question since it had been acquired by government almost two decades before”.

Provincial minister Moyo was quoted by state media as saying the government does not remove black farmers from farms if they do not own land elsewhere.

“The farm in question belonged to a white farmer by the name of Swindells. When government compulsorily acquired land in the 2000s, we did not immediately resettle people because there was a black man by the name Eddie Warambwa who claimed to have bought the farm from the white man,” Moyo told state media.

“It was only after his death that we realised that he was a front of the white man and measures were taken to repossess the land. There is no victimisation here. Maybe Mr Malunga and his partners bought assets on the farm, but certainly not the land as it belongs to government. We are in the process of allocating the land and those who were on the farm will benefit just as any other Zimbabwean if they do not have another piece of land elsewhere.”

Investigations show that the government story is misleading and untrue. The facts: the farm was not designated by government, let alone acquired to start with. By its own admission, the government believed it was owned by Waramba, a black farmer, hence it was not taken.

Information gathered shows the farm was owned by white farmer Jeffrey Swindells through Kershelmar (Pvt) Ltd. Swindells then rented it out to Waramba as a going dairy concern, but retained land ownership.

Waramba ran the dairy project, which he had acquired from Swindells, without buying the farm itself. Besides thinking that it was owned by Waramba, the other reason government did not take over the farm is that it was a dairy project. Dairy farms were spared from compulsory acquisition.

“Waramba ran the dairy project successfully until he went bankrupt from other businesses, particularly Lybon Investments. His creditors ostensibly judicially attached equipment and other properties, as well as the farm itself,” an informed source said.

“As a result, creditors tried to sell the farm at an auction believing it was his. The auction and the property were advertised in the government gazette. But it later emerged that Waramba did not own the farm, as Kershelmar, under which it is registered, was still controlled by Swindells.

“Malunga, Dhlamini and Moyo initially tried to buy the farm at the auction, but after some due diligence they realised it was not owned by Waramba, but Kershelmar. They then traced the owner, negotiated with him and then bought Kershelmar and its properties, including the farm. That is why the Deeds and Companies registry reflects Malunga, Dhlamini and Moyo ownership of the farm.”

In its 18 December 2020 notice to acquire the farm, government admits it is owned by Kershelmar which, in turn, is controlled by Malunga, Dhlamini and Moyo. This is contrary to the authorities’ claim that the three investors bought Keshelmar without the farm, when in fact the property is even officially referred in the government gazette to as Kershelmar Farms (Private) Limited.

This shows that the farm is inextricably linked to the company.

Official sources say Mazithulela, a distinguished top scientist and former National University of Science and Technology pro-vice-chancellor (innovation and business development), has been vigorously pushing for the farm seizure for political reasons.

He wanted to use the farm issue as leverage and a gagging instrument against Malunga, a strong governance, accountability and anti-corruption advocate.

Mazithulela, who was awarded a scholarship by the President’s Office, which explains why he eventually formally joined CIO, is currently the chairperson of the National Authority of the Chemical Weapons Convention, Zimbabwe Chapter.

Besides, Mazithulela is a senior business executive with years of strategy and board-level experience in diverse high technology industrial research environments, including large-scale nuclear, chemical and biotechnology energy industries.

He was awarded support from the UK-South Africa Science and Technology Research Fund in 1997. His interests extend to current affairs and military strategy.

Mazithulela was born in 1971 and did secondary education in Bulawayo. He was among the 270 pioneers at Nust in 1991.

He graduated with a Bachelor of Applied Science (Hons) in biology and biochemistry in 1994. He received a scholarship from the President’s Office – under which the CIO falls – and later a Rockefeller Foundation doctoral scholarship to study genetic engineering at the John Innes Centre in the United Kingdom.

Mazithulela graduated with a PhD in genetic engineering at the age of 27 and worked in the US and the UK. He obtained an MBA in London.

He also created his own piece of history by becoming the first Nust graduate to obtain a PhD in 1998 after accepting a challenge from the institution’s founding vice-chancellor, the late professor Phineas Makhurane.

Further, he holds an MBA in the valuation of new technologies using real options in financial mathematics.

The Zimbabwean technocrat served as a board member for the Cape Biotechnology Trust, Anvir Biopharmaceticals (Pty) Ltd and chairperson of Elevation Biotechnology (Pty) Ltd.

However, Mazithulela left South Africa under a cloud of controversy. When he returned home, he became one of the successful farmers in Matabeleland region. This shows he does not need to seize Malunga’s farm for agricultural reasons, but for political agendas.

Before joining the CIO, Mazithulela worked for the government as principal director in the then senior minister Simon Khaya Moyo’s office when he was also Zanu PF chair.

The Last Chance For Zimbabwe’s ConCourt