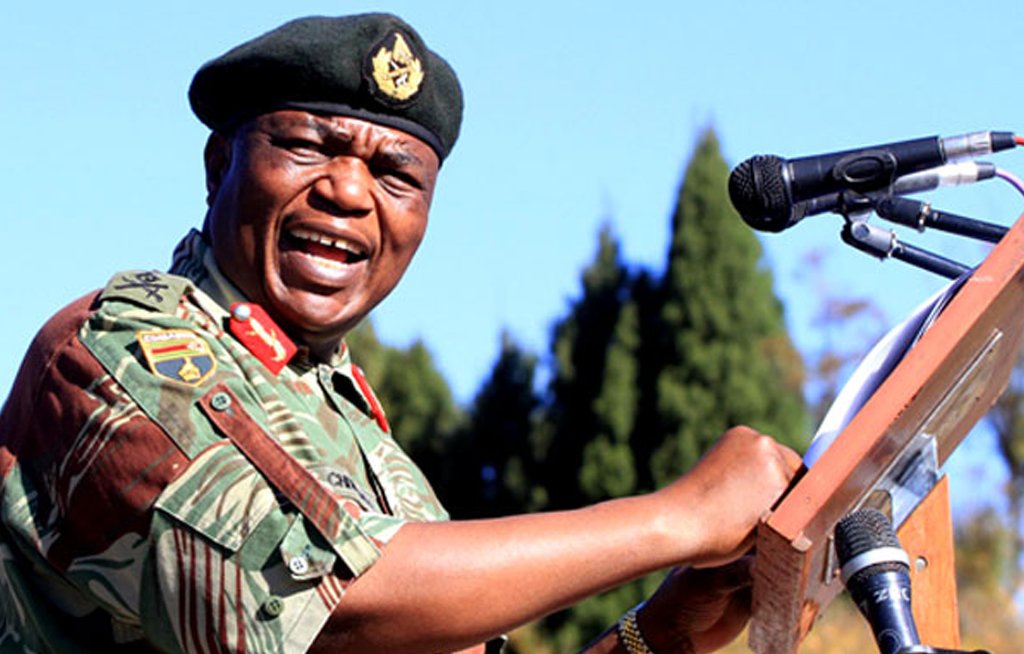 VICE-PRESIDENT Constantino Chiwenga’s estranged wife Marry Mubaiwa Chiwenga has brought into focus the relationship between her husband and President Emmerson Mnangagwa during the ongoing Zanu PF annual conference in Bindura.

In a very revealing tweet, Marry said the power relations between Mnangagwa and Chiwenga (pictured) have not significantly shifted since the November 2017 coup. She claimed that Chiwenga remains more powerful in the balance of forces between the two in party and government.

Marry derives this conclusion from Mnangagwa’s unwillingness or inability, or both, to intervene in the couple’s toxic dispute that has left her life completely shattered.

Marry says she brought the dispute to Mnangagwa’s attention, but he has failed to intervene and she suggests it is because Chiwenga still holds the levers of power.

“I have approached the current many times, he has done nothing and has completely ignored me, citing reasons that his subordinate does not take instructions from him, who is the boss now???” Marry wrote in a long tweet this week.

“If E.D.M (Mnangagwa) wanted to help me, he would have done so, a long time ago because he knows there is no grain of truth in all these fabrications, he had put me out in the open to be terminated, he promised vehicles, security, accommodation since I am being denied access to my homes and all my bullet proof vehicles taken from my money and all but absolutely nothing.”

She called out to anyone who can, to assist her get access to her children aged 10, nine and seven, whom she has not seen or spoken to in two years.

“His private doctor, E.D.M even advised him 18 months ago to send me outside the country for my hands to be operated and he completely ignored it, my own President can’t save me, elimination is at my doorstep. I am seeking assistance from all those that advocate for children’s rights to be given my children before I am killed, dead or alive I want them in my custody,” Marry said.

“I will write again if the opportunity arises. I think I am being persecuted for ‘operation restore legacy’, the truth will be revealed come rain and come thunder. God help me . . . I am suffering.”

Previously, Marry has said Chiwenga harbours presidential ambitions. She also repeatedly told The NewsHawks that she has pleaded with Mnangagwa, all in vain. She also sent him pictures that were exclusively taken by The NewsHawks showing severe lymphedema on arms and legs.

Marry also raises various issues including that if she dies, Chiwenga should be held responsible not God; she has not seen her kids for two years amid claims they were sexually abused.

“I want the world to know that if I die today, it is not the will of God but the will of the one with access to state human resource that can eliminate without hesitation and on the instruction,” she wrote. — STAFF WRITER.