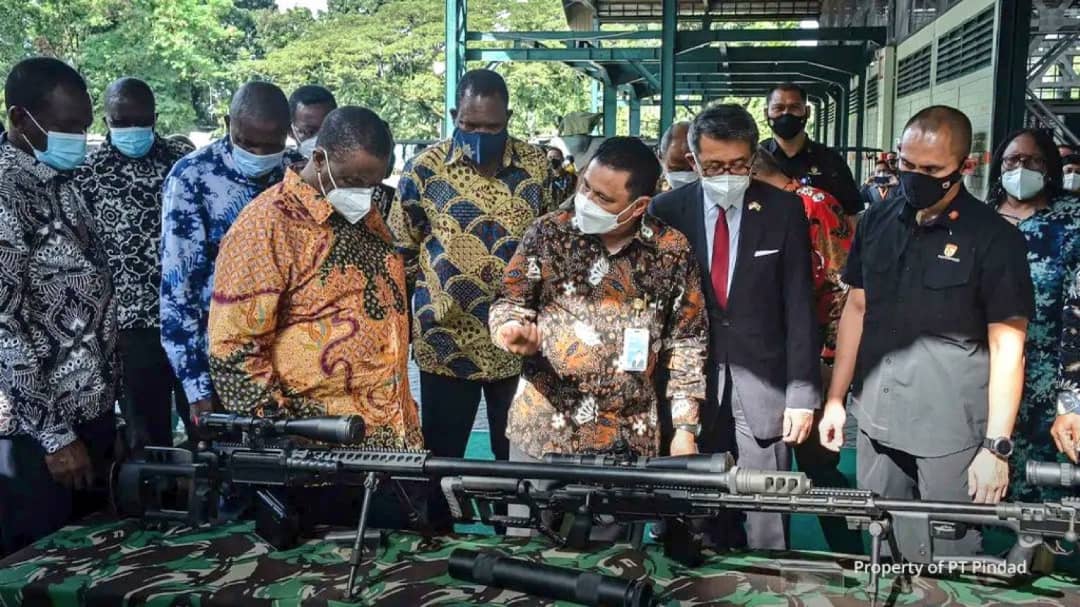 THE United Kingdom has expressed concern over reports that Zimbabwe’s Vice-President Constantino Chiwenga was shopping for ammunition in Indonesia amid growing fears of a plan to perpetuate  human rights abuses by state security agents against civilians in Zimbabwe, especially ahead of the 2023 general elections.

Chiwenga was last week in Jakarta, Indonesia, for a water conference where he also held talks with an arms manufacturing company to buy military hardware for Zimbabwe in a development that has sent shivers down the spine of the main opposition forces who fear the weapons are being prioritised on the eve of general elections for a sinister motive.

Indonesian state media news agency Antara reported on the “secret” part of his itinerary, which included a “visit (to) the state-owned weaponry industry PT Pindad in Bandung to explore the possibility of arms purchase.”

The former military chief’s visit has jolted the UK, a close ally of the Asian country, with MPs questioning the deal given Zimbabwe’s tainted history on human rights violations mainly by state security actors.

Chiwenga, who initiated a military coup that toppled the late former president Robert Mugabe in 2017, is also on record threatening to crush the opposition Citizens’ Coalition for Change (CCC) like lice and his recent tour of an Indonesian military firm has worsened the fears in the country.

The United Kingdom views Zimbabwe as a politically volatile environment, with the state security agents previously involved in shooting and killing unarmed civilians during protests in August 2018 and January 2019.

The government has failed to institute any investigations to hold those responsible to account following the killings.

“To ask the secretary of State for Foreign, Commonwealth and Development Affairs, (Elizabeth Truss) what recent discussions she has had with her Indonesian counterpart on the potential impact of supplying arms to Zimbabwe on (a) human rights and (b) democracy in that country,” Brown asked in a written question.

In its response, the Foreign, Commonwealth and Development Office said the UK continued to be concerned with the human rights situation in Zimbabwe.

“The Foreign secretary (Truss) last spoke with the Indonesian Foreign minister in London on 19 April, where they together launched the UK-Indonesia Partnership Roadmap 2022 to 2024. Zimbabwe was not discussed,” the office said.

“The UK continues to be concerned about the challenging human rights situation in Zimbabwe, and our sanctions on Zimbabwe include an asset freeze on Zimbabwe Defence Industries (ZDI) and a longstanding arms embargo on exports from the UK.”

London has placed Harare on sanctions and in apparent reaction to the shootings of unarmed civilians in 2018 and 2019, the country placed former Presidential Guard chief, Anselem Sanyatwe, now Zimbabwe’s ambassador to Tanzania, on its sanctions list together with police commissioner general Godwin Matanga and Central Intelligence Organisation boss Isaac Moyo on its sanctions list.

Indonesia and the United Kingdom have strong diplomatic relationsthey have enjoyed since 1949.

According to the UK government website, London works well with Jakarta and international agencies to address global challenges including human rights and democracy, regional security, prosperity and climate change.

On 19 April, Truss and Indonesian Foreign minister Retno L.P. Marsudi, met in London where they re-affirmed their shared commitment to elevate the UK-Indonesia partnership to new heights, both bilaterally as well as through various multilateral settings including by supporting Indonesia’s G20 Presidency in 2022 and its forthcoming ASEAN chairmanship in 2023.

“The roadmap comprises a vision and action strategy for a forward-looking relationship bound by a strategic partnership for mutual benefit and respect for both countries and their people. It covers a wide range of areas of cooperation, including trade, investment, and digital economy; Defence and security including counter-terrorism and cyber; climate change, low carbon and sustainable development; research and innovation, life sciences, health and education; and regional and multilateral interests.”

PT Pindad is an Indonesian state-owned arms manufacturing company specialising in military hardware. It was founded in 1808 as a military equipment workshop in Surabaya under the name of Artillerie Constructie Winkel. It expanded into a factory before moving to Bandung in 1923. The Dutch handed over the factory to the Indonesian government in 1950.