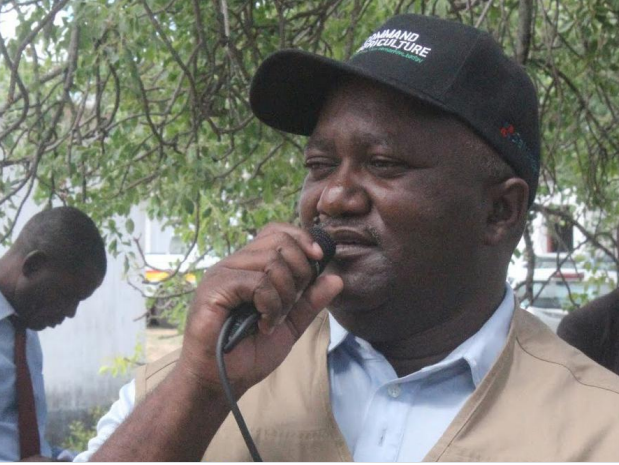 A ZANU PF faction linked to Vice-President Constantine Chiwenga is pushing for the ouster of embattled minister of State for Masvingo Ezra Chadzamira (pictured) who is also the provincial chairperson, accusing him of tampering with party structures in a bid to win the coming provincial elections.

Last week, Chadzamira left a Zanu PF women’s league meeting at Caravan Park in Masvingo in a huff after being informed that women aligned to Chiwenga were planning to demonstrate and move a no-confidence motion against him. Chadzamira’s popularity in the province has been waning after he was arrested for corruption and abuse of office charges by investigators from the Zimbabwe Anti-Corruption Commission (Zacc) in September.

The arrest is however viewed by his associates as a political strategy by those aligned to Chiwenga to tarnish the image of the strongest man in the province who is also viewed as a close ally of President Emmerson Mnangagwa.

A senior Zanu PF official linked to Chiwenga faction told The NewsHawks that last week’s incident at Caravan Park is just the beginning of more planned events meant to oust Chadzamira whom the faction is accusing of tampering with lists for party structures by deleting names of opponents so that he can win the coming provincial elections.

“The provincial chairman is tampering with our structures in all areas which are supporting Rabson Mavenyengwa, who is challenging him for the chairman’s post. This is happening in Chivi, Masvingo, and Chiredzi districts. Women faced him last week at Caravan Park and we are planning more similar events so that he can do the right things. The guy is now facing a lot of pressure from different sections,” the senior party official said.

Zanu PF Masvingo provincial spokesperson Ophias Murambwi said he was unaware that there are people who are tampering with party structures. He said party districts should keep copies of their officials to avoid cheating.

“I am not aware of anyone who is tampering with lists of our structures. I will check with people on the ground, but officials in our districts should keep photocopies of their lists to avoid such incidences,” Murambiwa said.

Efforts to get a comment from Chadzamira were fruitless since he was unreachable on his mobile number.

Mavenyengwa confirmed to The NewsHawks that he is challenging Chadzamira for the provincial chairperson’s post.

Related Topics:FactionalismZanu PF
Up Next