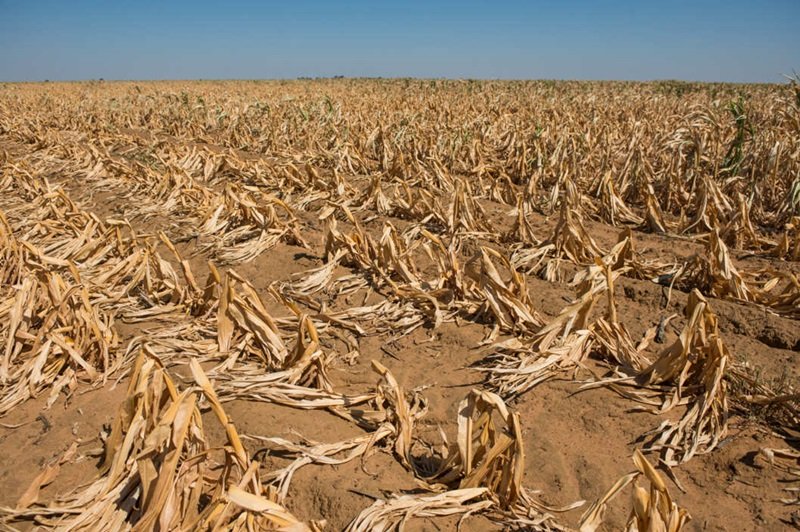 A POOR harvest looms in rural Matabeleland where crops are wilting owing to a prolonged dry spell, with traditional leaders now urging the government to activate food assistance schemes.

While the Meteorological Services Department (MSD) has predicted rains in the next few days, there are fears that the rainfall will do little to save the planted crops and prevent drought-induced hunger.

Last week, the MSD announced it had commenced cloud-seeding to precipitate rainfall in a bid to salvage late-planted crops ruined by moisture stress. Most areas in rural Matabeleland last received meaningful rains in January.

According to the Famine Early Warning Systems Network (Fewsnet) the majority of households in rural areas were already food insecure after depleting their self-produced food stocks from last year’s harvest.

This spells doom for the majority at a time when the prices of basic goods and commodities have been on a steady rise as the Zimbabwe dollar continues to lose value.

“We might have a few spots of rain and some crops may survive but, generally, we face a poor harvest,” Makombe said.

“We have invested so much in the fields and appreciate the support by the government in terms of seeds and other inputs. We are caught in a painful situation of losing all; in fact, we have lost everything. All we can do now is to keep what we have in our fields for livestock. Drought is upon us,” Nyangazonke said.

The dry spells, combined with climate change, have disrupted rainfall patterns and shortened by almost half the rainy season, which normally starts in October and ends in April.

Under the Chief’s Granary initiative, a traditional leader is tasked with the responsibility of distributing food to members of the community, in particular the elderly, disabled, terminally ill and child-headed families.

Chief Mabhikwa of Lupane in Matabeleland North said: “Some families have finished or are finishing grains from last season, and what therefore is needed is to start preparing for the worst as the situation in the fields is not pleasing.”

In the past, humanitarian agencies, including the United States Agency for International Development (USAID) have chipped in with food aid to communities facing hunger.

But in a food security outlook on Tuesday, the United Nations Office for the Coordination of Humanitarian Affairs,  said an acute lack of funding is hampering humanitarian organisations in Zimbabwe from providing critical services to more people who need assistance.

At the end of September 2021, humanitarian organisations had received just over 13% of the US$507 million required to assist over 4.5 million people in need of food assistance, the report reads.

“Most sectors, including nutrition, health, water, hygiene and sanitation, protection have received little to no funding,” the report adds.

Zimbabwe by-elections are attracting huge crowds, but don’t read too much into them

Dark days back for Zim