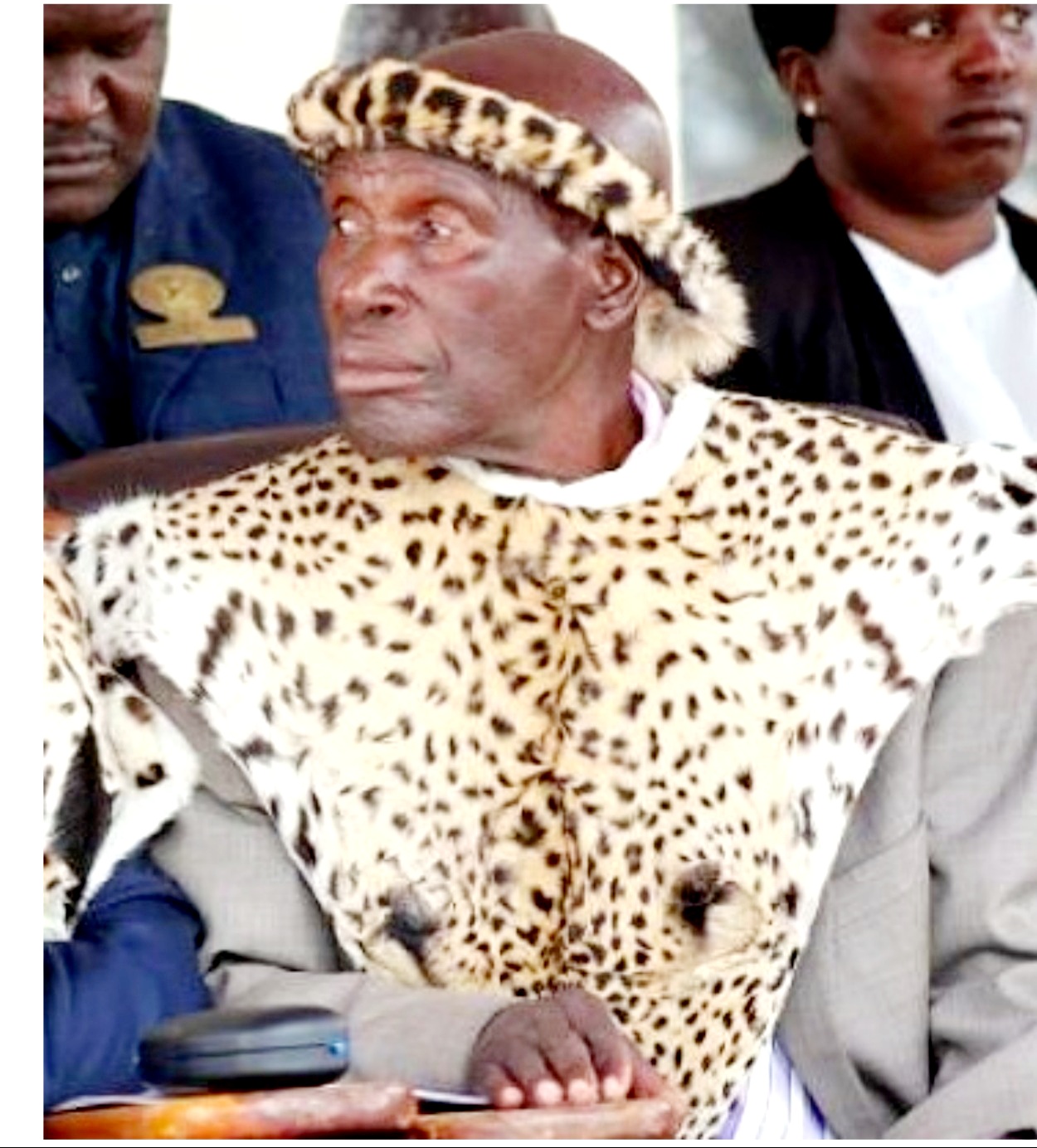 THE death on 13 February 2021 of Chief Vezi Maduna Mafu (pictured) is already being widely mourned and marked for both his longstanding commitment to the nationalist cause and for his work on behalf of Gukurahundi victims.

He was a remarkable man and he came from a remarkable family. It is worth returning to the history of the Mafu family in order to gain a fuller appreciation of the unusual political tradition it represented and of which Vezi Maduna was a part.

The Maduna chieftaincy under Rhodesian settler rule shows us just how complex and influential the role of a chief could be in the face of a hostile state.

Against steep odds, the chieftaincy not only survived but its occupants carved out a pivotal political position that powerfully constrained the Rhodesian state and shaped people’s prospects, alliance and ideas in ever-changing circumstances.

Vezi Maduna’s grandfather, Mafu, headed the Godlwayo regiment (the huge Ndebele army had many regiments garrisoned from down south in Filabusi all the way to Kwekwe) which had settled in today’s Insiza District after Mzilikazi’s journey north.

The Mafu family had established their authority over the mix of mostly Rozvi, Sotho, and Venda who lived in the area.

Following the brutal violence and expropriations of land and cattle that followed the British South Africa Company’s invasion in 1893, it was Mafu’s grandfather and his brother who launched the first attacks on Europeans in 1896. After initial military successes, the tide turned, with terrible consequences.

In the aftermath of defeat, and despite his leadership of armed rebellion and the execution of his brother, Vezi Maduna grandfather received official recognition as a ‘chief’ under BSAC rule.

The colonial archive records the great difficulties he caused the new administration: he refused to recruit labour for the state, organised a passive resistance campaign against dip fees, and protested against low cattle prices.

He was also unusual among izinduna for his willingness to make alliances with the earliest of radical political movements.

He proved suspicious of the elite, Ndebele-focused politics of the Matabele Home Society, choosing instead to ally with the Industrial and Commercial Workers’ Union (the ICU) led by Masotsha Ndlovu.

The ICU’s politics focused on opposition to taxes and fees, demands for better schools and wages, a direct role in government, and land. It brought together chiefs and migrant workers, rural and urban, a coalition that foreshadowed the mass nationalist movement of three decades later.

In 1931 ICU committees were established in Insiza and regular meetings were held with chiefs and headmen, farmers, and young migrant workers employed in Bulawayo and South Africa, as well as a recent graduate of Fort Hare who served as Maduna Mafu’s representative.

They were met with repression but succeeded in gaining some concessions on land along with undermining unpopular policies.

Vezi Maduna’s grandfather died in 1933 and was succeeded by his son Jim Mafu Maduna, a successful entrepreneur who became, in 1948, the district’s first bus owner.

He was not popular with the authorities: the white Native Commissioner called him ‘antagonistic to good administration’.

He may have represented a new generation but, like his father, Jim Mafu Maduna acted to undermine local government initiatives and the implementation of extractive and coercive policies.

Land remained a burning issue – as it was for all of central Matabeleland in the years after World War II. In the southwest, tens of thousands were evicted between 1948 and 1953.

In these circumstances, he again echoed his father, and allied with the most radical African political organisation of the time: Benjamin Burombo’s African National Voice Association, which famously made opposition to evictions central to its work.

Insiza’s chiefs and headmen attended Voice meetings in Salisbury; when the NC tried to issue eviction orders at a meeting in Insiza people became ‘unruly and defiant’, and he had to retreat.

The Voice represented 379 Insiza families who took their eviction to court – and won. But it was a brief victory.

The law was amended and soon overwhelming force was used to carry out evictions (the evictions were described as like ‘a war’), sending many families to Nkayi, Lupane and elsewhere.

Jim Mafu Maduna won a small victory: most of the Godlwayo NPA was redesignated as a ‘reserve’, and he and some of his followers thereby evaded eviction. Small though it was, this marked the biggest single concession on land in the district.

Over the next decade, Insiza’s politics ebbed and flowed as Jim Mafu Maduna sought further concessions from the Rhodesian state and used tactics of non-cooperation.

Crises over land access, rate collection, the enforcement of conservation measures and destocking, cattle prices, and many other issues ensued.

With the rise of nationalism the Rhodesian state’s need for malleable chiefs became ever more urgent.
Jim Mafu Maduna was considered a thorn in the side of the administration for most of the 1960s, but the Native Commissioner was nervous about taking action owing to his ‘personality and influence’.

According to the NC, the chief arrived at government events and meetings drunk, and refused to meet senior officials, including the Minister of Internal Affairs.  He effectively made it impossible to organise any form of governance.

Finally, a series of criminal cases was brought against him and his wife. Jim Mafu Maduna was subsequently deposed and died shortly thereafter. His son Vezi Maduna Mafu took over.
Vezi Maduna was from a new generation once again. Born in the 1930s, he had studied at Moeng College in Botswana.

He had worked as a clerical assistant and received medical training. He was arrested in 1960 for his active role in the NDP and subsequently joined Zapu. Despite this track record, he was appointed Chief in 1969.

He immediately began a programme of non-cooperation. He refused to attend official meetings, to enforce conservation measures, or to support the establishment of a council.

As the war spread, guerrilla incursions and illegal meetings multiplied, but went unreported by chiefs. 1976 marked a turning point in the war’s escalation.

Vezi Maduna’s Zapu activism became more overt – he was charged with using his home for ‘illegal meetings’ and subjected to searches; he was accused of failing to report a ‘a known terrorist presence’ and was subsequently placed in restriction, imprisoned, and deposed.

This brought no joy to the Rhodesian state: no other chief was able to exercise authority in his place.

The three Maduna chiefs can be credited with creating an extraordinary ‘tradition’ under Rhodesian rule: they served in officially recognised government positions but used them to undermine exploitative policies, wring concessions from a hostile administration, and make alliances with the most radical political groups of their era, from the ICU to the Voice to the NDP and Zapu.

Two of them were deposed; two of them had supported armed insurrection against a powerful, racist state.

Chiefs play many roles, but this history draws attention to the making of an expansive, courageous politics that, from the start, made itself relevant to urban and rural spheres and among workers and farmers by elaborating canny strategies of obstruction, negotiation, and resistance, and by embracing the most challenging ideas of their time.

That is one of the great traditions that Vezi Maduna carried forward in his life, and which should be remembered on his death. May he rest in peace.

Alexander is a professor of Commonwealth Studies at the University of Oxford.

Decolonisation of the education and epistemology systems in Zimbabwe