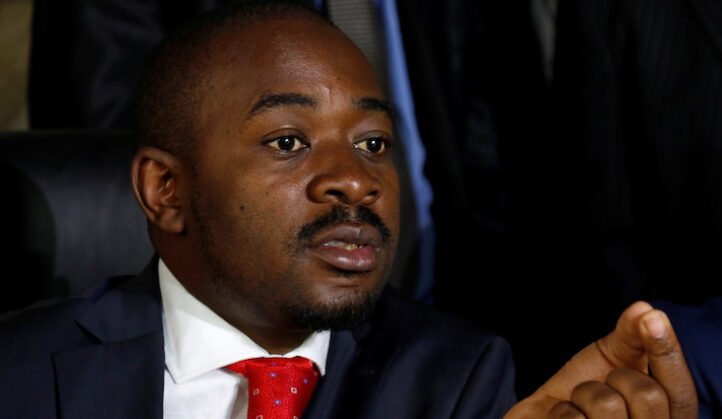 THE Citizens’ Coalition for Change (CCC) has raised a red flag over a plot by President Emmerson Mnangagwa’s administration to infiltrate the opposition by allegedly deploying operatives to penetrate party structures ahead of the 2023 general elections.

There have been clamours for the CCC, a party led by Nelson Chamisa and founded in January this year, to come up with structures and convene a congress, but the opposition party has rubbished the push, saying Zanu PF elements and those with close links to the establishment should not act as “headmasters”.

Chamisa this week said there was a push to infiltrate the CCC and the plan involved operatives who were being trained for that sole purpose.

This came amid reports that Mnangagwa is uncomfortable with general elections next year, particularly following the resurgence of the Chamisa-led opposition under a new banner.

There were attempts by the state, allegedly working with the Douglas Mwonzora-led MDC-T, to decimate the opposition and forge an alliance that would ultimately see the blocking of the 2023 elections.

“This time we will do things differently. Citizens at the centre,” Chamisa said.

“They are spending millions of taxpayers’ money to infiltrate the citizens’ movement by recruiting and training operatives meant to destabilise,” Chamisa claimed.

He said only genuine members were in the know of the direction the party was taking without risking infiltration.

There have been previous attempts to decimate the Chamisa-led opposition, including the use of the military to take over party headquarters across the country as well as Morgan Tsvangirai House (formerly Harvest House).

The opposition also alleged that the Zanu PF-proposed Patriotic Bill and the Private Voluntary Organisations (PVOs) Amendment Act were all tailored to silence the opposition.

The opposition said the arbitrary arrest of opposition supporters and senior officials, including Zengeza West member of Parliament and his Chitungwiza North counterpart Godfrey Sithole, was another way of silencing critics of the Mnangagwa regime.

Civil society activists have also been targeted for arrest, with the latest case being Amalgamated Rural Teachers’ Union of Zimbabwe president Obert Masaraure, whose arrest on a murder charge has been condemned by local and international human rights defenders.

Masaraure had become a thorn in the authorities’ flesh through his incessant calls for the betterment of teachers’ salaries and working conditions.

On Monday, Mnangagwa made known his thoughts on the opposition during his speech at the burial of a national hero where he described opposition supporters as foolish for likening his rule to that of racist Rhodesia’s prime minister Ian Smith.

He also described as a “shame” the protests by the opposition, saying they are always staged on the eve of international events to portray Zimbabwe as a broken country.