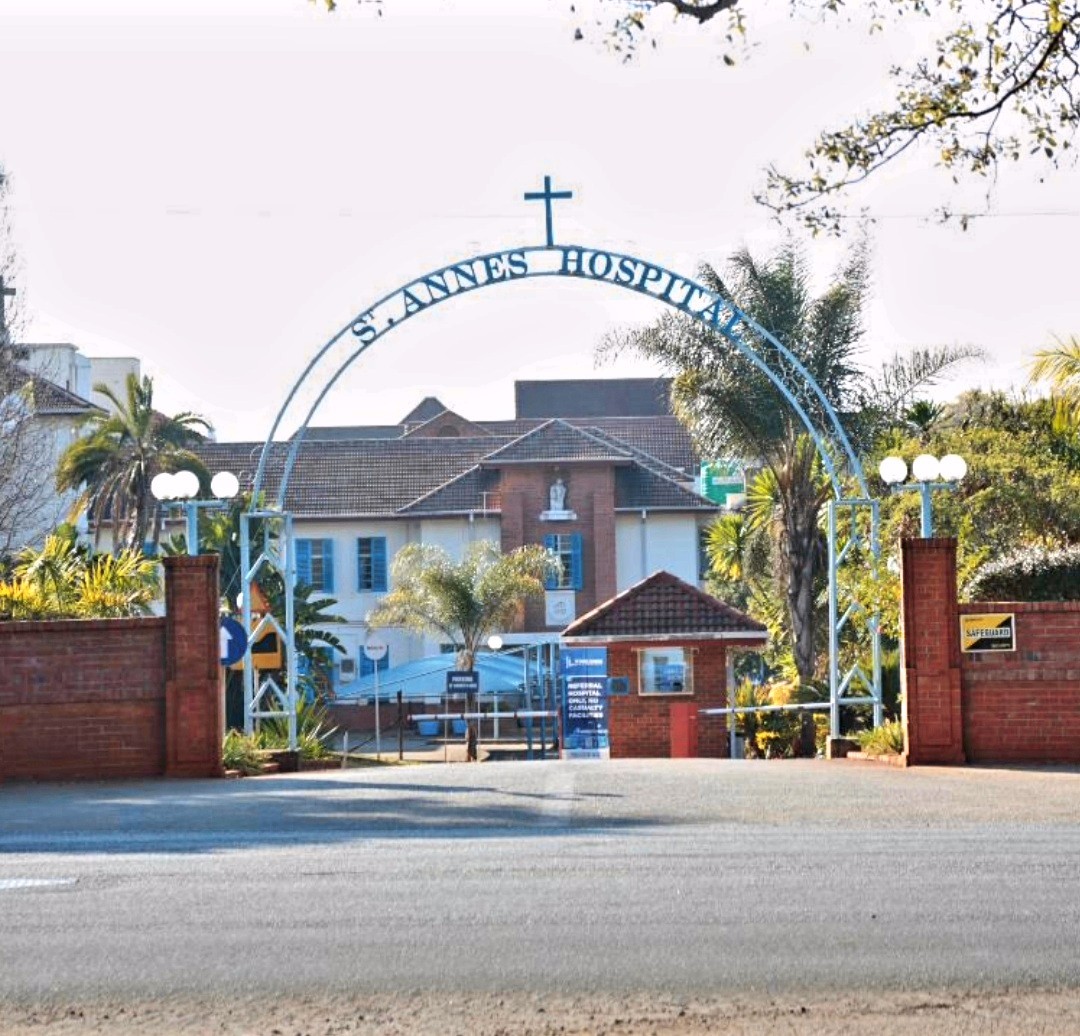 CATHOLIC Church nuns, through Sisters of the Little Company of Mary (LCM), owners of St. Anne’s Hospital in Harare, have acrimoniously seized control of the refurbished health facility’s Covid-19 centre from Solidarity Trust Zimbabwe (Sotzim) trustees, their partners in a project funded by various donors, including the United Nations, to the tune of over US$2 million.

Documents obtained by The NewsHawks show that the nuns pushed out Sotzim trustees after they had helped raise donations in cash and kind to complete refurbishing and equipping the hospital which was due to reopen after closure in 2016.

It had, however, opened doors to patients in September after a series of clashes, culminating in LCM region leader Sister Ellen Maseve’s outburst before humanitarian dignitaries in August last year that the nuns no longer wanted to work with Sotzim.

Informed sources said the issue has ruffled feathers, not just of Sotzim trustees and donors only, but also those of Robert Ndlovu, the Roman Catholic Archbishop of Harare and head of the church in Zimbabwe, and the Vatican’s Apostolic Nuncio (ambassador) in Zimbabwe Paolo Rudelli.

The sources said the ructions between the church’s nuns and the private sector executives drew the attention of Ndlovu and Rudelli who tried to calm down the situation.

The fallout came against a backdrop of a cold war and eventual breakdown of relations between the partners over a number of contentious issues, including control of the project, transparency and accountability on donations, receiving assistance from political exposed persons, capacity utilisation of the hospital and hidden vested financial interests.

Part of the cash donations came from the United Nations, through the United Nations Development Programme – its administrative backbone – and its other different agencies, amounting to at least US$600 000. Of that sum, US$447 204.92 was paid before December 2020 and US$200 000 by February 2021.

A number of donations were received through Sotzim. CBZ Bank, for instance,  donated ZW$6 million. The United States Agency for International Development donated 20 ventilators. There were many other donations in cash and kind.

St. Anne’s was supposed to get massive donor funding and become a major Covid-19 centre for ordinary Zimbabweans and UN employees.

However, due to the fallout between LCM and Sotzim the UN, which was also denied special accommodation for kits employees on the project, stopped funding in February.

“There were many issues that caused friction and tensions. One of the issues that led to the collapse of the partnership was capacity utilisation of the hospital. The hospital has got 100 beds. It was supposed to reopen at full capacity, but it is operating at below 50% capacity. It is also charging exorbitant fees for admission,” a source said.

“If one has Covid-19, to be admitted at St. Anne’s you have to pay US$1000 upfront for three days without medical aid. Thereafter you also pay another US$1000 for three more days. On top of that you pay US$450 for the doctor for three days. After they you pay US$150 a day.

“If you have no medical aid, you pay US$2 500 upfront for three days. After that you US$600 daily if you are in critical, high dependency and intensive care units. This is unaffordable for a community hospital. No one, except the rich, can afford that. This issue partly caused tensions between LCM and Sotzim during discussions to establish the Covid-19 centre and towards reopening of the hospital. LCM says it is a community hospital, but charges exorbitant admission fees. Sotzim wanted it to open full capacity and charge much less than it is doing right now. As a result, both parties were not happy with each other for various reasons.”

The agreement was for a period of three months – from April to June – to provide the public with a Covid-19 facility.

LCM and Sotzim got support from the Health ministry, the inter-ministerial taskforce on Covid-19, corporates and non-governmental organisations for the project.

The hospital had been closed after a bitter dispute over its ownership between LCM and local businessman Frederick Mutanda who is locked in a wrangle over control of pharmaceutical company CAPS Holdings to which the hospital issue is linked.

Although the nuns have retained control of St. Anne’s through the courts, Mutanda insists he bought it, but is just being dispossessed by government keen to retake CAPS after selling it.

A humanitarian source familiar with the issue shed more light on the story.

“The background to this issue is that when Covid-19 struck last year, the UN could have left Zimbabwe like what diplomatic and humanitarian agencies sometimes do, but the UN system doesn’t work like that,” the source said.

“The UN had to stay and assist in the fight against the Covid-19 pandemic. As part of that, UN secretary-general (Antonio Guterres) tasked his staff and agencies to establish a first line of defence, which is national, in different countries. Amid the raging Covid-19, and to ensure UN staff could continue to work where they were needed, the UN made arrangements for the provision of health services consequential to fighting the pandemic.

“The framework, named ‘first line of defence’, was designed to ensure that personnel deemed eligible by the UN and their dependents have access to high-quality, reliable health services in situations where healthcare systems may be overwhelmed or have collapsed. It was also about minimising the need for medical evacuations, considered to be the ‘second line of defence’.

“So in Zimbabwe, since South Africa had said it was not accepting foreign nationals and Kenya is rather far, the UN had to assist in building that first line of defence capacity. The St. Anne’s and Sotzim project came up in that context to establish a state-of-the-art Covid-19 centre for the public. The UN also wanted to be accommodated.

“The problem for the UN was that it could not make St. Anne’s Hospital its Covid-19 facility or secure reserved beds as nuns refused, saying this was a community hospital. After some discussions on that and other issues like accountability, the UN agreed to help without conditions. So it engaged LCM which was already refurbishing the hospital. A delegation from the World Health Organisation (WHO) and various other partners went to inspect the facility and found it suitable, although it needed further investment, renovations and equipping.”

The source said after renovating and equipping the hospital, assisted by Sitzim and donors, LCM found itself unable to pay its workers.

“After all the renovations by LCM and Sotzim, the problem then became that St. Anne’s did not have money to pay salaries. Sotzim had refused to pay operational costs. So that’s where the UN came in to pay the staff costs for six months to allow St. Anne’s breathing space to generate enough money and capacity to pay its wage bill on its own,” the source said.

“The UN tried to also provide administrative and technical support to St. Anne’s, but the nuns rejected that. So the UN ended up just providing money for salaries on the basis of invoices raised from the hospital and reports on how the money was distributed.”

There were suspicions that St. Anne’s doctors were double-dipping: Getting paid by the UN and charging patients and medical aid societies for their services.

While UN staff in Zimbabwe could only go to Kenya, a regional hub, on evacuations and for treatment if the local facilities were incapacitated, as South Africa had banned foreign patients, the international body established its own medical centre in Nairobi. The UN opened the UN-TNH Treatment Facility for its staff on one side and the Main Hospital across the road on the other side.

While LCM was having its own issues with the UN, it was fighting a more intense turf war with Sotzim over the control of the project.

The project was supposed to be handed over to the total control and responsibility of LCM only after the deal had ended. Sotzim was to continue to support the Covid-19 centre as a donor. In that respect, it had secured funding required to pay professional and administrative staff to run St. Anne’s Hospital for an initial period extending to 30 September 2020.

Beyond St. Anne’s, Sotzim would pursue a broader national mandate, focusing particularly on Bulawayo, as well as various partnerships with health institutions outside major cities.

Prior to the agreement in March 2020, government, through the Health ministry,  had approached LCM requesting the use of St Annes Hospital as a Covid-19 centre. The nuns agreed.

After that the agreement followed, with LCM and St Anne’s Hospital committing to donate for use the hospital building – 155 King George Road in Avondale, Harare – and equipment, while Sotzim sourced donations to convert the facility to an Infectious Diseases Hospital, service equipment and working capital.

Sotzim was expected to deposit ZW$250 000 commitment fee and US$51 000 for spare parts for ventilators and ICU monitors.

LCM would play a complementary role in fundraising for the centre.

Initially a technical team was appointed which paved way for a Management Board (MB) with three Sotzim and three LCM members, and a seventh person as chair. Chanakira chaired MB meetings.

The technical team was appointed to prepare the hospital for opening as soon as possible under the supervision of an administrator, doctor in charge, finance manager, pharmacist, operations manager and a few other skeleton staff.

The MB was advised at its first meeting on 15 May 2020 that the hospital was approximately 95% complete and minimal work was to be done to ensure the structure and equipment were 100% ready for use.

The MB was also told the conversion of hospital to an Infectious Diseases Hospital under WHO guidelines involved sealing off all non-Covid-19 sections, including the 2nd floor, theatre, administration and pharmacy.

A lot of things had to done. These included specifications for donning and doffing areas, showers, air conditioning, kitchen, ventilation, oxygen tanks, spin dryers, ventilators and CCTV for security.

At least US$46 000 had been budgeted for Personal Protective Equipment (PPE) and other medical consumables. An approach had been made to the Health ministry to provide these PPEs, but St. Anne’s went on to get PPE from a political exposed person, angering its Sotzim partners who feared reputational risk by associating with people accused of corruption.

Relations between LCM and Sotzim deteriorated as the latter’s trustees said they did not want to receive dirty money.

On fund-raising, there were parallel fund-raising structures and processes. That did not help the situation.

Between April and the opening of the hospital in September, a number of meetings were held to deal the renovation of the hospital, its equipping, fund-raising, financial management and accountability.

Maseve said she could not comment as they released a statement when the partnership ended. “I can’t comment beyond what we said in the statement,” she said.

Chanakira said he was no longer Sotzim chairman. Several other people involved refused to comment.