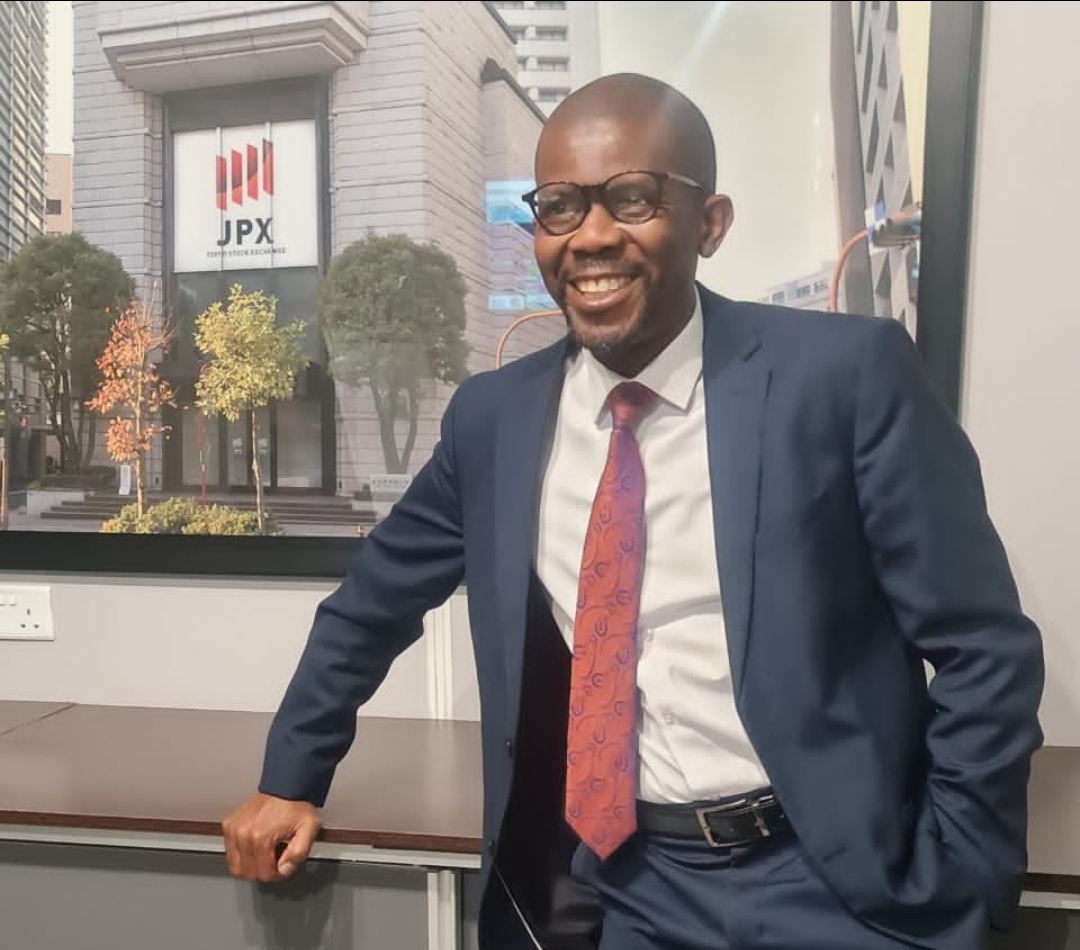 ZIMBABWE needs a functional capital market to help people with great ideas to become entrepreneurs and small businesses to grow into big companies as what happened in the 1990s with Econet Wireless Zimbabwe and Innscor Africa Limited, a local economist has said.

Dr Alfred Mthimkhulu (pictured), Bard Santner Investors executive director, told a Confederation of Zimbabwe Industries (CZI) congress in Harare this week that when the capital market was working together with the secondary market during the 1990s it helped companies to raise long-term funding for investment.

The CZI congress, under the theme Glocalise (acting local with a global outlook), was attended by government officials and captains of industry, including chief executives and financial gurus.

Presenting a paper titled Listings, acquisitions, (de)mergers and vertical integration: Implications for competition, entrepreneurship and economic growth in Zimbabwe, Mthimkhulu, an economist and former stockbroker, said for sustainable market functionality and access to capital there needs to be an interface and nexus between the capital market, secondary market, private sector, policy and research initiatives.

“I started trading on the Zimbabwe Stock Exchange (ZSE) mid-1990s as a finance student. It was a season of listings and I enjoyed it very much. I know I’m not the only one here who enjoyed it because that nostalgia has been expressed numerous times in this congress,” Mthimkhulu said.

“I fondly remember walking into a UDC office, ‘the money people’, to drop a bank-certified cheque to follow my rights in the rights issue of the finance house. I also recall submitting my Econet initial public offering (IPO) subscription form to the financial adviser, National Merchant Bank, itself having raised capital a few years earlier by means of a dual listing in London and here at home.

“What defined that era is that the primary market function of the capital market was alive as was the secondary. We were raising long-term capital to fund long-term projects.

“Our capital market was also funding ideas, sheer ideas with no track record, for example Econet which to my reading today is a conglomerate.

“At about that time, an obscure entity, Innscor, reverse-listed into a small cap. That was an acquisition. Today, that then obscure entity is a conglomerate. In that era, we were using our capital markets to seed and scale local businesses, and that is the primary function of capital markets; trading is secondary.”

Mthimkhulu, an alma mater of the National University of Science and Technology in Zimbabwe and Stellenbosch University in South Africa, where he also lectured, said the capital market in the 1990s helped to provide long-term funding for companies to emerge and grow, as economic players did not just rely on secondary market trading – as the situation might be now.

“I will stay in the 1990s a bit. I am in my final year. We have a lecturer who is an investment manager at one of the largest pension funds in the country. One afternoon, he leads us in a debate on which IPO was better: the Seed Co IPO or Discount Company of Zimbabwe IPO. Looking back, I cannot miss that abstract yet real picture of the nexus of academia/research, industrial development policy, capital markets, and the private sector,” he said.

Capital markets are financial markets that bring buyers and sellers together to trade stocks, bonds, currencies, and other financial assets. They include the stock market and the bond market. Among other outcomes, they help people with ideas become entrepreneurs and small businesses to grow into big companies.

The capital market is a measure of inherent strength of the economy. It is one of the best sources of finance for companies, and offers a spectrum of funding avenues to investors which, in turn, encourages capital creation in the economy.

The secondary market is basically the stock market driven by trading.

Mthimkhulu said Econet Wireless Zimbabwe Limited, the largest mobile telecommunications, technology and digital solutions company in the country, emerged as a result of the capital market funding a good idea presented by billionaire Strive Masiyiwa, who then was a small-time business operator.

Now among the top-three heavyweight Zimbabwe Stock Exchange counters, the company was listed in September 1998, less than three months after launching its commercial operations in July 1998.

Over the past 20 years, Econet – by far the market leader in its industry with over 12.4 million connected customers – has invested millions of United States dollars in deploying the widest and most robust 2G, 3G and 4G networks in the country.

Innscor Africa Limited, a manufacturer of consumer staple and durable goods for the mass market with an integrated portfolio of businesses, also got the capital market support to grow into a leading conglomerate as savings were mobilised to fund long-term investments, he added.

“The goal of an industrialising economy is to expand that nexus (capital markets, national industrial policy, private sector and national research centres). The best and easiest way to expand it to its biggest is to merge all circles (create a nexus),” Mthimkhulu said.

“In the tail-end of the 1990s, a thesis took root in our financial market and private sector, as proxied by listed companies. The thesis was that shareholders are better-off in a niche or focused business than in a conglomerate, and so began the era of de-mergers.

“How the thesis came up is important to discuss. It came out to justify corporate raids of the 1980s in the United States wherein junk bonds were issued to finance acquisitions. The debt financing acquisitions would then be repaid from disposal of seemingly peripheral assets. The real game there was playing around with price-earnings ratios and asset valuations. Nothing new was being created in the real economy. That’s de-mergers.”

Turning to competitiveness and compliance with competition laws, Mthimkhulu said it is difficult to pursue both simultaneously.

“There is usually a trade-off between the bold pursuit of competitiveness and domestic compliance to competition laws. The unasked question is What do we seek to achieve: To be seen as compliant or to be globally competitive? We learn from history that we will be kidding ourselves if we say both can be successfully pursued simultaneously,” he said.

“Yet, if there is something unique in Zimbabwe’s capacity to nurture local-cum-globally competitive firms, it is the country’s well-established capital market boasting three stock exchanges, one of which trades in the world’s most used currency. With perhaps good reasons, local firms are yet to make use of these capital markets. But, none will doubt that industrial Zimbabwe is on the rise when prospectuses of IPOs, rights issues, mergers and acquisitions are found in our offices’ waiting rooms along the usual newspapers and magazines. We must look forward to that. I do.”