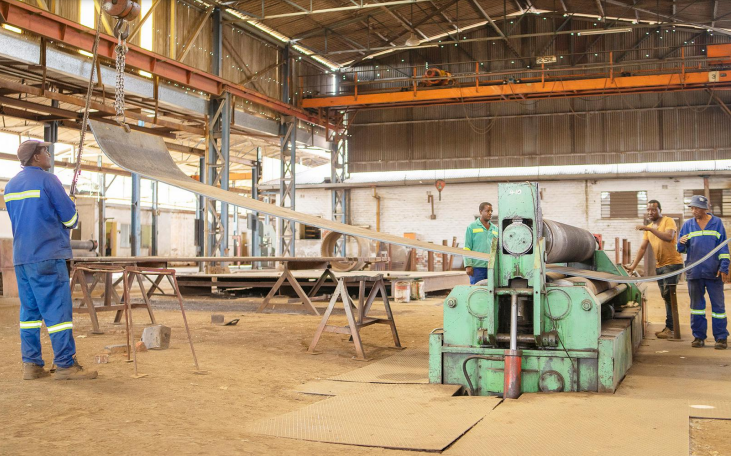 ZIMBABWE’S manufacturing sector has recovered from two years of economic contraction, with capacity utilisation exceeding 50%, but industry faces a bleak future due to bottlenecks arising when accessing foreign exchange from the formal banking system, a new report has shown.

Years of climate crisis-induced droughts, the outbreak of the Covid-19 pandemic and policy unnerving investors have resulted in Zimbabwe recording a sharp decline from 2019- 2020.

According to the country’s industrial lobby group, the Confederation of Zimbabwe Industries (CZI), capacity utilisation rose to 56.25% in 2021 from 46% in the prior year as most firms invested in ramping up output.

The total amount of investment that was recorded in 2021 to increase capacity utilisation, the CZI said, amounted to US$147 million.

“It takes a company 50 days for a company account to be settled after their bid has been accepted. Companies are obtaining 39.5% of their foreign currency requirement from the auction system,” reads the CZI annual manufacturing sector survey report released this week.

“The currency challenge and the associated inflationary pressure can derail the momentum into 2022.”

The survey showed that while 53.5% of the companies created new jobs, 16% of the manufacturing sector retrenched. This was reflected after 57% of the firms reported growth in sales.

The drinks and tobacco subsector had the highest percentage of firms registering an increase in sales, the report shows.

On economic outlook perception, 38% of the companies said the situation would get worse, 28% anticipated that it would remain the same and the remaining 34% hope it will get better.

Massive closures and downscaling of large firms and yesteryear multinational companies have resulted in job cuts and growth of a thriving informal sector which, according to independent estimates, accounts for more 70% of the economy.

Early this month the CZI warned that the domestic economy was now on a slippery slope and urgent measures were required to reverse the trend. But the cause of the economic implosion is already exposing the growing wedge between business and the government.