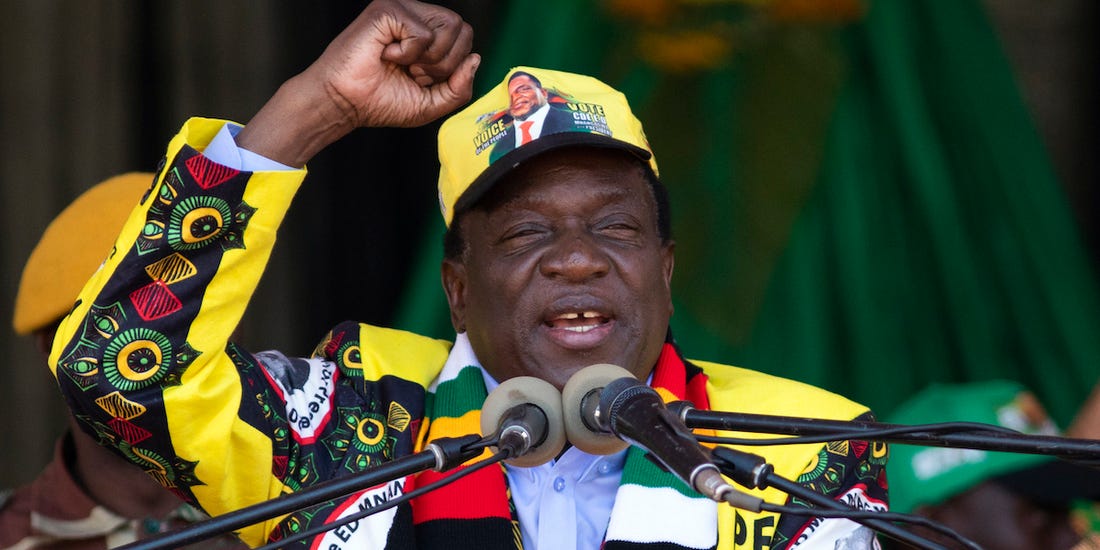 THE recall of six MDC Alliance members of Parliament including its vice-president Tendai Biti last week points to an urgent need by the opposition party to come up with a coherent and effective strategy to prevent the decimation of the party by President Emmerson Mnangagwa with the harmonised elections just two years away.

The august House announced the recall of six key legislators at the behest of little-known Benjamin Rukanda purporting to be People’s Democratic Party (PDP) secretary-general.

This brings the number of MDC Alliance MPs who have lost their seats through recalls to 48 since last year, a development which has disillusioned supporters on the ground while further weakening the opposition in parliament, which in any case was in the minority.

This came after High Court judge Sylvia Chirawu-Mugomba ruled recently that the PDP faction led by Lucia Matibenga had the power to recall its MPs seconded to the MDC.

This is similar to the ruling which recognised Thokozani Khupe as the legitimate successor of the late founding MDC leader Morgan Tsvangirai and interim leader of the party.

This was after the ruling last year determined that MDC Alliance leader Nelson Chamisa’s rise to the party’s presidency was irregular. Khupe lost the leadership to Mwonzora during an extraordinary congress held in Harare.

A total of 80 councillors have also been recalled by the MDC-T, drastically weakening its control of city councils in various cities.

The MDC Alliance has been under siege with Mnangagwa using various methods to severely weaken the country’s biggest opposition party.

Commentators say lawfare is a big part of it. Lawfare is the misuse of legal systems and principles against an opponents for the purpose of damaging or deligitimising them.

To ensure that the MDC Alliance does not reclaim its seats through by-elections triggered by the recalls, Vice-President Constantino Chiwenga, who is also Health minister, late last year banned the holding of by-elections to fill vacancies in Parliament and local authorities for as long as the Covid-19 remains a formidable epidemic.

This was after the Zimbabwe Electoral Commission had announced that by-elections would be held in December last year.

“These regulations may be cited as the Public Health (Covid-19 Prevention, Containment and Treatment (Amendment) Regulations pursuant to subsection (2), the holding of any by-election to fill a casual vacancy in Parliament or in local authority is for the duration of the period of the declaration of Covid-19 as a formidable epidemic disease, suspended, and if such vacancy occurred while such declaration is in force, no part of the period from the date of such vacancy to the date of the end of declaration she be counted for the purpose of section (158 (3) of the Constitution,” Statutory
Instrument 225A of 2020 reads.

However, this has not stopped Zanu PF from holding its district co-ordinating committee elections nationwide.

Mnangagwa has also lured a number of MDC officials to defect to Zanu PF, including Lilian Timveous and Blessing Chebundo.

This has left the MDC Alliance in sixes and sevens. Given that the Covid-19-induced ban on by-elections is indefinite, it will hamper the  MDC Alliance’s impact as an opposition party with the harmonised elections in 2023 looming.

The recalls also mean the MDC Alliance has lost critical funding after money allocated to political parties was handed over to the MDC-T instead.

It also lost its headquarters in the capital to the MDC-T, leaving the MDC Alliance without a base. In plans to further stifle the opposition, the government is looking to introduce the Patriotic Bill.

This is apparently  in response to the global condemnation of the Zimbabwean government  after  the successful Zimbabwean Lives Matter Twitter campaign driven by the opposition and civil society activists.

The cash-strapped opposition party has resorted to begging party members for funding. It has also begun a drive dubbed the “one million campaign” to recruit more members to the party.

The US Senate Foreign Relations Committee and the State Department expressed concern this week over what thet attempts by Mnangagwa to decimate the country’s biggest opposition party.

“The recall of @Biti Tendai and other members of parliament in #Zimbabwe last week is yet another example of the systematic dismantling of the elected political opposition and subversion of the will of the Zimbabwean people,” the committee said on the microblogging site Twitter.

The MDC Alliance has to come up with a political strategy to counter the attacks by the state which include pulling out of Parliament altogether, according to political analyst and Habbakuk chief executive Dumisani Nkomo.

“I think the MDC should not fight this attack in instalments,” Nkomo said.

“One option is pulling out of Parliament completely to create a crisis.”

He said the MDC Alliance should forget about taking the fight to Mnangagwa through the courts as they are seriously compromised.

Nkomo said the MDC Alliance should “deal with the issue politically” if it is to succeed in coming up with a robust response to the siege by the state.

Chamisa, through his national address earlier this month, outlined how his party intends to respond to the attacks.

However, political analyst Eldred Masunungure warns of the pitfalls of taking on Mnangagwa’s government through demonstrations.

“The MDC Alliance will come second best if it goes through the route of demonstrations against Zanu PF,” Masunungure said.

“The opposition has tried a number of times to demonstrate and the cost has been quite heavy with some of the opposition party officials still being dragged through the courts.”

Mnangagwa’s administration has descended heavily on any attempts by the opposition to hold demonstrations with protesters either being beaten up severely or jailed. The Mnangagwa regime accuses the MDC Alliance of try to use demonstrations as a tactic for overthrowing a constitutionally elected government.

This has resulted in the assault and abduction of opposition members and even comedians have not been spared from the state’s vicious crackdown.

Several MDC Alliance officials have been arrested, including the party’s vice-chairperson Job Sikhala, spokesperson Fadzai Mahere,  Harare West MP Joana Mamombe and Biti with some of them still fighting their cases in court.

Masunungure believes that the Chamisa-led outfit should go on a major rebuilding programme as it prepares for the 2023 elections instead of using the courts and streets to fight the state.

“The MDC Alliance should start rebuilding the party in preparation of the 2023 harmonised elections. It is better off focusing on the political terrain,” Masunungure said.

He said the rebuilding exercise will galvanise the party and prevent a situation whereby the party’s large grassroots support becomes disillusioned.

Prominent lawyer and former adviser to former prime minister Morgan Tsvangirai, Alex Magaisa, has warned that the MDC Alliance should mobilise resources for the by-elections when they are held to frustrate Mnangagwa’s plan of taking advantage of the opposition party’s parlous financial state.

“When he (Mnangagwa) eventually calls for by-elections, they will be all over the country, stretching the opposition’s capacity at a time when he has starved it of resources. He will want to rig those by-elections so that he can pronounce a “rout” of the MDC Alliance not long before 2023,” Magaisa wrote on Twitter.

“That’s why the MDC Alliance must plan ahead and not wait for events to unfold. If by-elections come, as they ought to, they will be a mini-general election with the majority of seats in MDC strongholds. The urgency of mobilising resources cannot be overstated.”

The price of bravery: Speaking out in Zimbabwe’s ‘Second Republic’