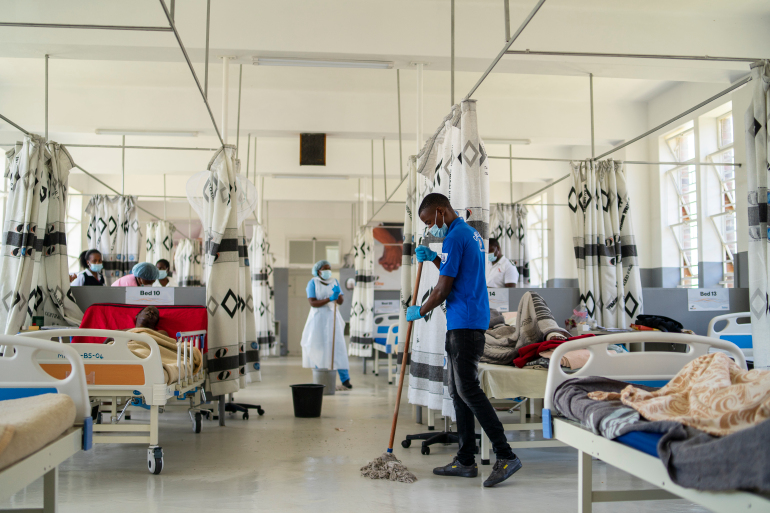 BULAWAYO residents have warmed up to the Covid-19 vaccination drive amid revelations by health officials that as many as 2 000 people are coming forward on a daily basis for inoculation compared to only a few hundred weeks ago.

LIZWE SEBATHA
The vaccination rollout in the city has been moving at snail’s pace, beset by a shortage of vaccines to enable the authorities to scale up and achieve herd immunity.

A snap survey last week showed there were queues at various clinics with people seeking their first dose amid fears of a third wave as the winter season sets in.

Countrywide, the total number of coronavirus cases stood at 38 293, according to the Health and Child Care ministry.

He made the revelations after receiving a donation of personal protective equipment (PPE) from a United Kingdom-based charity organisation, Impilo Revival.

In a telephone interview on Wednesday, Dzanga said some of the patients have been discharged and also revealed that the institution had not admitted Covid-19 patients since then.

“The situation is slightly different now compared to last week. There is no worsening or cause for alarm. Instead, we have discharged some of the patients. We have less than 10 patients,” Dzanga said.

“Admissions are very very low. With regards to the vaccination drive, the numbers have been going up compared to the previous months. We are vaccinating between 1 500 and 2 000 people on every single day; some have gone for the second jab. We think we are moving in the right direction,” Sibanda said on Tuesday.

As of 5 May, 437 751 and 99 765 people had received the first and second Covid-19 doses respectively across the country, statistics from the Health ministry show.

Zimbabwe has approved Covid-19 vaccines from China, India and Russia for use in the country.
Victoria Falls, with an estimated population of 33 000, is the first city to roll out a mass vaccination drive to minimise the spread of infection followed by the border towns of Plumtree and Beitbridge in May.

The Health ministry intends to vaccinate 26 000 people in Beitbridge and 25 000 in Plumtree with Bulawayo and Harare also geared for a mass vaccination drive.