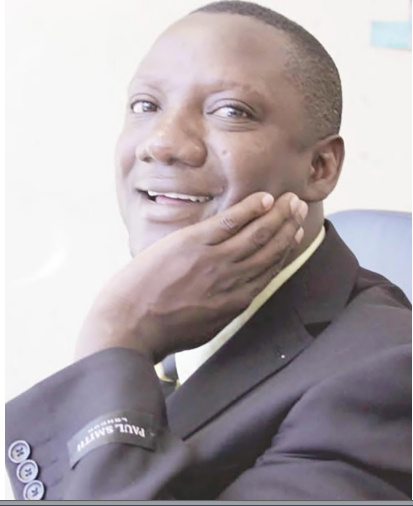 PROMINENT Bulawayo lawyer Tavengwa Hara has again distanced himself from the shadowy Citizens Convergence for Change after he was listed as the party’s lawyer in a fight for the CCC abbreviation.

The party used T Hara & Partners’ Bulawayo address, indicating communication should come though the law firm. In their initial letter to Zec dated 20 September 2021, the party indicated it was based at Nyararai Village, P O Murambinda, Vuhera.

The party, however, said it did not have an office in Harare, but would be contactable through its legal practitioners T Hara & Partners. At the time, the MDC-Alliance, then led by Chamisa, was coalescing and mobilising Zimbabweans around the Citizens Convergence for Change, while the acronym CCC had come to be identified with the youthful opposition leader.

The shadowy party, however, rushed to inform Zec of its existence. Chamisa last Monday said the party was dumping the MDC identity altogether, including the symbols, after his nemesis Douglas Mwonzora claimed the same.

He announced the launch of a new party, Citizens’ Coalition for Change, with yellow as its colour, prompting the shadowy party to protest to Zec. Mwonzora is also going after his former deputy Thokozani Khupe to stop her from using the MDC-T name after announcing a split from the MDC-Alliance.

But Hara on Wednesday distanced himself from Zhou’s CCC when contacted for comment. “I don’t even know why I am listed as their lawyer. I don’t even know them. I have never had any communication with them. That letter did not emanate from my office,” Hara told The NewsHawks.

Silaigwana said he had not seen Zhou’s letter. But in the letter, Zhou wrote: “That abbreviation (CCC) as notified to you as far back as 8 September 2021, belongs to our political party, and it is wrong for the Zec to consider that it can easily parcel if off to another entity.

Particularly when that entity clearly seeks to benefit from our name and colours: ours as you are aware being BLUE and YELLOW.

“Kindly liaise with this political party and agree a different abbreviation for them to use, which is not ours. Absent confirmation that you will heed this warning, our lawyers will in fact file papers suing both Zec and this usurper and ask for costs on the punitive scale.”

“It remains a mystery why a revered lawyer like Hara would find himself in the vortex of such controversy, so to speak.

But Bulawayo-based political analyst Effie Ncube argued Zhou’s CCC was a state-funded proxy. “The truth of the matter is that there is only one CCC that is led by Chamisa.

The other one does not exist; it is not a political party, or political organisation. It was created just to confuse people to prevent the consolidation of democratic forces for change,” Ncube said in an interview.

“So people must just ignore it and focus on the organisation that was created by the people to bring about a better life for them and not the one that exists to prevent movement towards democratisation, rule of law, human rights and the change that will create jobs and a better economy.”

Curiously, Zhou’s CCC is not contesting the 26 March by-elections. Registering with Zec is not a legal requirement for any political party that wants to participate in a national election. This is contrary to popular belief that political parties have to register first with Zec if they are to contest elections.

According to Zec, political parties can only inform the body about their presence and intention to partake in elections. A number of new opposition parties are being launched as the country heads towards the 2023 general elections. The 2018 elections had a total of 23 presidential candidates.