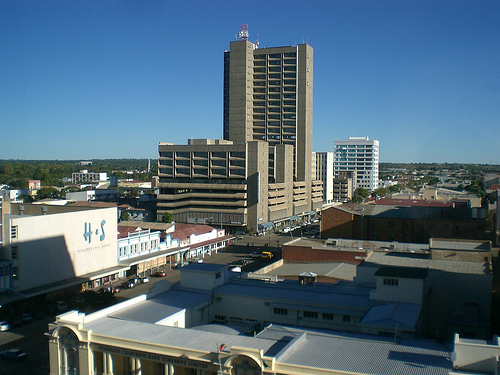 BULAWAYO City Council – which is desperate for funding amid a crippling water crisis and infrastructure collapse – is dragging its feet in entering into serious negotiations for a US$150 million loan proposal from United Kingdom-headquartered firm Elite Capital & Co. Limited for the rehabilitation of water and sanitation facilities, it has emerged.

The loan opportunity comes at a time when the city’s water and sanitation infrastructure need urgent fixing.
Bulawayo is battling serious water shortages, leading to an outbreak of diarrhoea in the high-density suburb of Mzilikazi and surrounding areas. The city also has dilapidated water and sewer reticulation systems.
In June, a diarrhoea outbreak was recorded in Luveve suburb and nearby areas, killing 13 and infecting nearly 2 000 people.

Another outbreak has hit the city, with the first case in the latest outbreak being recorded on 26 September. The diarrhoea has been linked to the ongoing water crisis.

Bulawayo is experiencing acute water shortages which have resulted in its city council providing water to only a few suburbs for 12 hours per day in a week.

However, the city is about to squander a major loan lifeline opportunity from the UK-based funder, Elite & Co mainly due to sluggish decision-making and dysfunctionality within council.

A term sheet seen by The NewsHawks indicates Bulawayo has a chance to secure US$150 million, which could the situation significantly. The money is readily available.

The deal was proposed and brokered by a Zimbabwean mining executive based in the UK. He went to school at Mpopoma High School in Bulawayo. The interest rate on the proposed loan is yet to be determined, as it is up to negotiation, but could be in the region of 2% per annum, flat rate.

The NewsHawks understands that city council officials had all but rejected the lifeline, claiming the 2% interest rate is usurious.

“Yes, we have met them, but we don’t negotiate in public. We haven’t yet signed the deal with them. Discussion is still ongoing,” he said.

However, a UK-based fund manager said Bulawayo officials lack urgency and may squander a huge opportunity organised by someone with the city’s interests at heart.

“My understanding from is that those who brokered the are having difficulties in bringing Bulawayo City fathers to the negotiating table,” the fund manager said.

“The deal was brokered by a Zimbabwean mining executive who loves his country and Bulawayo, so he is mainly doing it to help the people. He used his contacts and reputation to reach and structure the loan deal, and forwarded the terms sheets to Dube and the Finance department, but there is progress at all.”

According to term sheet, the interest shall be charged on the last day of each month, for any and all amounts that have been transferred to the project account, less any settled amounts.

“When payments have been made part way through the month, the interest rate shall be charged pro-rata for the number of days that the project has had use of the funds,” the term sheet document reads in part.

“The standard loan terms from Chinese banks are based on a 5 to 7 years repayment period. However, this can be increased up to 10 years, subject to a robust business model and application documents being submitted to the bank.”

Lending interest rates in Zimbabwe’s banks are ranging between 15% to 22% per annum, which is worlds apart from the Elite & Co. deal.

The term sheet indicates engineering, procurement and construction contractor will be nominated by Elite and agreed with BCC in advance. The contractors the company uses are all from the Top 50 Chinese companies.

The effective date or start date of the loan shall be the date on which the first payment is received by city as per the draw-down schedule which is yet to be determined, but will be based on the cashflow forecast for each project.
Sovereign guarantee, which is critical, will secure the loan, while, on fees, Elite shall charge 3% to be deducted from the loan amount, or each disbursement of the loan.

“The facilitator (Elite) shall appoint an international class auditor (such as Ernst & Young, KPMG, PwC, etc) to oversee all disbursements made to the project, and to assess any/all aspects of the Facilitator’s involvement in the project, to ensure compliance with UK Money Laundering Laws and Regulations,” it says.

The city should appoint its own auditor for the project, independent of Elite.All exchanged draft contracts and/or term sheets between Elite and BCC are considered discussion for negotiation purposes and not an agreement or part thereof.

“Client (BCC) is responsible for paying the fee of the insurance policy which will be issued via Royal Chartered Insurance, Limited Liability Company to the favour of the facilitator to cover the involvement of all or any (1) lawyers, (2) bankers, (3) accountants and the process of (4) blocking funds in the bank, etc,” the document reads.
“The parties agree that this term sheet and any associated documents become null and void in the event that the client provides any false or fraudulent information to the facilitator at any time during the process of obtaining the loan, and the facilitator has the right to claim on the RCI Insurance policy in full.”

BCC would have defaulted if it fails to pay any moneys due to the Elite beyond the thirtieth (30th) day after receipt of notice that payment is due; if it commits any act of bankruptcy, or it or a creditor files a petition for reorganization or liquidation under the bankruptcy code; if it enters into a compromise with its creditors, including, but not limited to, making an assignment or attempted assignment of the whole or a substantial portion of its assets for the benefit of its creditors.

It would have defaulted also if it makes any significant departure from the intended business venture without the Elite’s agreement, or uses the loan proceeds otherwise than for the designated project in accordance with the objectives of the loan as outlined in the term sheet.
In the event of default, the balance of the loan outstanding at that time, together with all accrued unpaid interest from the effective date shall be immediately due and payable.

On non-repayment of the loan and interest by the city within 30 days following the happening of an event of default, Elite shall be entitled to enforce the security interests granted by the BCC by calling on the issued bank guarantees.
Any outstanding balances that remain unpaid at the end of each month shall be subject to 3.75% penalty interest being levied by the Elite.

Sources said Bulawayo seems afraid of committing because these obligations could be difficult to meet given the city’s poor finances and the parlous state of the economy.

The rejection of the deal comes at a time the Zimbabwe Anti-Corruption Commission (Zaac) is investigating cases of corruption involving senior council officials and councillors over unprocedural allocation of stands.

Early this month, Zacc arrested Bulawayo City Council director of housing and community services Dictor Khumalo on allegations of criminal abuse of duty as a public officer as defined in the Criminal Law (Codification and Reform) Act.
Zacc descended on the local authority in September after a whistleblower alleged corruption and malpractices in the municipality, particularly issues to do with allocation and sales of council land.

One of the cited cases involves Bulawayo mayor Solomon Mguni who was allocated a plot in Rangemore for a meagre rental, much to the disgruntlement of residents. The lease was for an initial 25-year period, while monthly rentals were pegged at ZW$165 (US$1.65), subject to review.