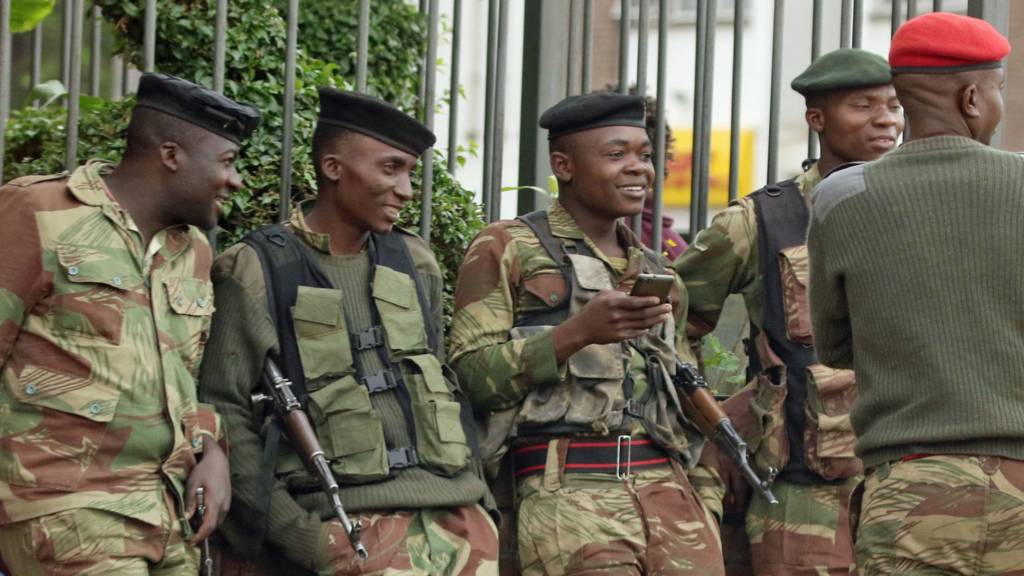 FINANCE Minister Mthuli Ncube appeased the security forces and war veterans in his 2021 budget by making large allocations to them, to cover direct and personal needs.

The rank and file of the security sector has been disgruntled since the 2017 military coup which toppled former president Robert Mugabe while catapulting Emmerson Mnangagwa to the presidency, because of unfulfilled promises and the government’s failure to turn around the economy.
Ncube allocated a disproportionately huge chunk of the ZW$421.6 billion national budget to the security forces.
“In recognition of the importance of peace, the security sector has to be adequately supported hence, the 2021 budget has made provision for essential requirements of security services such as training, accommodation, mobility, equipment, uniforms, medical facilities and other welfare essentials,” Ncube said.
“Therefore, I propose allocations to the security sector as follows: Defence, Security and War Veterans, ZW$23.8 billion; and Home Affairs and Cultural Heritage ZW$23.6 billion.”
The Defence, Security and War Veterans ministry houses the Zimbabwe National Army and the Air Force of Zimbabwe while the Zimbabwe Republic Police is under Home Affairs ministry.
Ncube also splurged on war veterans. He said the budget “appreciates and recognises the significant effort” of war veterans and war collaborators in bringing about Independence and peace.
“In line with the Constitution, the budget therefore, owns up by supporting the welfare of our war veterans in terms of medical care, general welfare, schooling of their children and promotion of their economic empowerment. For that purpose, budgetary resources have been set for the War Veterans, including the additional equivalent to US$37.5 million for the War Veterans Fund through the National Venture Fund,” Ncube said.
Comparatively, Ncube allocated little to social welfare, earmarking only ZW$6.9 billion to the Ministry of Public Service, Labour and Social Welfare.
The Industry and Commerce ministry was given a paltry ZW$2.3 billion.
Ncube however catered for the Health ministry at a time most medical institutions, including referral hospitals, are operating with obsolete machinery and without critical drugs. He allocated ZW$54.7 billion to the ministry. The Ministry of Primary and Secondary Education was allocated ZW$55.2 billion and Higher and Tertiary Education ministry ZW$14.36 billion.
– STAFF WRITER