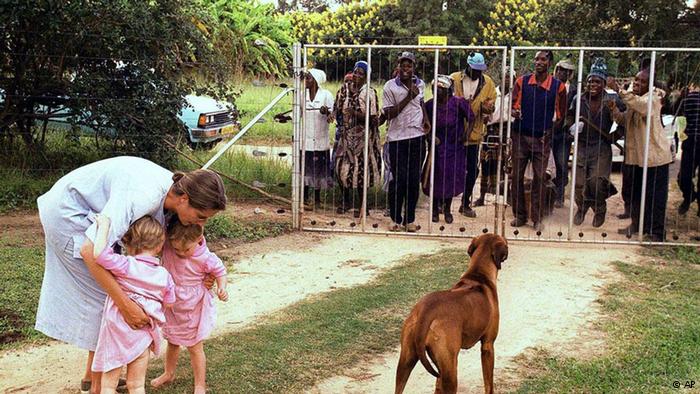 GOVERNMENT has once again failed to meet its July deadline to pay the remaining half of the US$3.5 billion in compensation to former white farmers, whose land was seized and redistributed to blacks under the fast-track land reform programme.

In July 2020, President Emmerson Mnangagwa’s government announced that it had reached an agreement, termed the Global Compensation Deed (GCD), with the dispossessed farmers for compensation.

The first payment under the deal was made in July 2021 when the state-linked Kuvimba Mining House Ltd transferred US$1 million to the farmers, with the government asking to defer the payment of US$1.75 billion to this July. Initially, the government had set a target of June 2021.

The first pay cheque of US$1 million was in the form of a dividend for the 12.5% equity the government gave them in Kuvimba Mining House, which they described as only a tiny fraction of the finances required to pay off the full compensation.

After the part-payment, the government appointed London-based NewState Partners as transaction advisers to help raise the funds from international financiers.

But Andrew Pascoe, leader of the Commercial Farmers’ Union, one of the groupings that represented white farmers and a signatory to the document, confirmed that they were yet to be paid the remaining balance.

“We are still hoping that an acceptable plan for the payments will be in place before the deadline,” Pascoe said in an interview.

It is understood that the government is once again negotiating for an extension, citing the Covid-19 pandemic as the reason for failing to raise the funds.

Finance ministry spokesperson Clive Mphambela had not responded to the questions he requested in writing.

Economists said the government has no capacity to pay the debt.

“We do not have the capacity to do that on our own, given our total budget,” Eddie Cross, a former member of the Monetary Policy Committee, said.

“I don’t think the government will be able to pay the money by the end of this month. In my view, it does not have the capacity to fork out such an amount, given the state of the economy and obviously the state of government finances at the moment,” Chitambara said.

According to the compensation agreement between farmers and the government, Zimbabwe will issue long-term bonds and jointly approach international donors with the farmers to raise funding.

White farmers, many of whom said they were ready to participate in a more orderly process of land reform, received no compensation when their property was seized.

Under the compensation agreement, the government made a commitment to re-pay ex-commercial farmers for improvements undertaken on the land — irrigation, buildings and dams — and not the land itself.

Last year, Treasury announced the appointment of United Kingdom-based Newstate Partners as financial adviser to the agreement with effect from April 2021.

According to Ncube, the financial adviser had already commenced work with the Joint Resource Mobilisation Committee supporting its capital-raising efforts.

The agreement has been criticised by some critics as part of Zanu PF’s strategy to get Western sanctions lifted and improve foreign direct investment.

Clamour for structures a non-issue: Chamisa