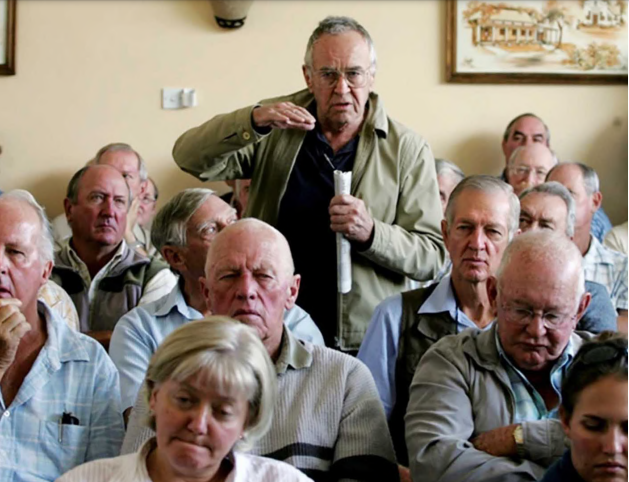 ZIMBABWE’S cash-strapped Treasury has proposed a staggered payout plan to settle the US$3.5 billion compensation to white ex-commercial farmers who lost vast tracts of land when the government embarked on the chaotic land reform programme at the turn of the millennium after missing initial deadlines.

The redistribution of land to locals has been an emotive undertaking, which also intensified international isolation for the southern African nation. Critics say failure to compensate previous owners and the modus operandi used under the programme resulted in Zimbabwe being slapped with sanctions by some Western governments.

Two years ago, the country agreed to pay US$3.5 billion in compensation to white farmers whose land was expropriated by the government to resettle black families, moving a step closer to resolving one of the most divisive policies during long-time leader Robert Mugabe’s era.

At the time, Treasury hoped that half of the amount would have been paid by mid-2021. According to the compensation agreement between farmers and the government, Zimbabwe, which is barely recovering from two years of economic contraction, does not have the money and will issue long-term bonds and jointly approach international donors with the farmers to raise funding.

Presenting the 2023 National Budget at the new Parliament Building in Mt Hampden, Finance minister Mthuli Ncube proposed to lawmakers to use debt instruments to settle the longstanding issue.

“Government will pay interim cash payments of US$35 million per year for 3 years, starting in 2023 to 2025, with the balance of US$295 million being paid in 2026 from the sale proceeds of the FFO 12.5% Kuvimba shareholding and/or sale of any other Government asset.”

The cash payments, the Finance chief added, will be made in any jurisdiction in United States dollars to an account of former farm owners’ choice, payable biannually in February and July; and issuance of US dollar Treasury bonds for the 90% balance of US$3.15 billion, with 0% coupon in the first four years and 1% coupon starting from the 5th year.

“The Treasury bonds will be issued in 2023 and have maturities ranging from 6 to 20 years. The coupon payments will be bi-annual in March and August in United States dollars,” he said.

The TBs will be issued with features which include prescribed asset status; liquid asset status; tradable; payments emanating from the bonds will not be subject to taxation, including income, capital gains and/or inheritance in Zimbabwe and redeemable as and when additional resources become available to the government.

Early this year, Treasury deferred the payment of US$1.75 billion in compensation to white former commercial farmers after failing to raise the required funds. Ncube has said the government would make payments mid-year after missing the initial date.

Last year, Treasury announced the appointment of United Kingdom-based Newstate Partners as financial advisers to the agreement with effect from April 2021. According to Ncube, the financial advisers have already commenced work with the Joint Resource Mobilisation Committee supporting its capital-raising efforts. Ncube then said the Newstate Partners had tabled funding options that include bonds issued domestically (both listed and unlisted), bonds issued into international markets (both listed and unlisted); and listed and unlisted equity and quasi type instruments.

The former commercial farmers last June received their first pay cheque of US$1 million in the form of a dividend for the 12.5% equity the government gave them in Kuvimba Mining House which they described as only a tiny fraction of the finances required to pay off the full compensation amount.

Related Topics:Compensationland reform
Up Next