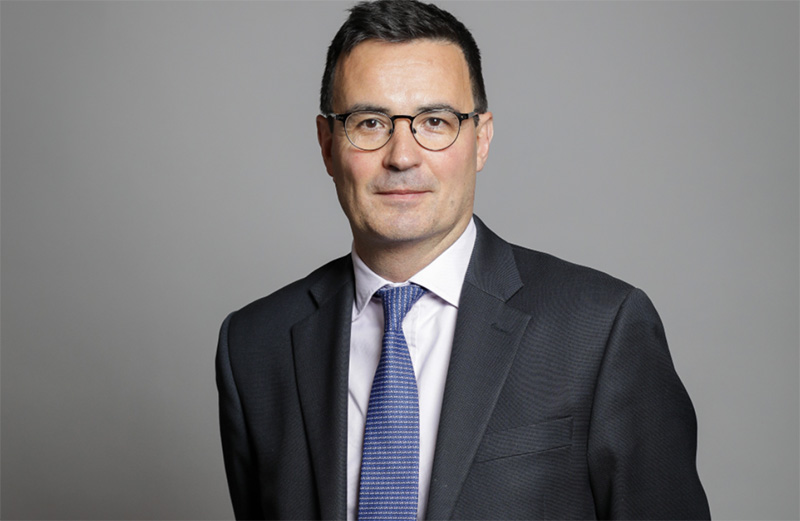 BRITISH legislators on Thursday quizzed the country’s minister of State, Foreign, Commonwealth and Development Office, Frank Zacharias Robin Goldsmith, over the continued persecution of opposition officials such as Zengeza West legislator Job Sikhala among other undemocratic practices being perpetrated by Harare ahead of next year’s watershed elections.

During the question-and-answer session in the House of Lords, the British MPs also asked Goldsmith to explain what measures he was taking to help Zimbabwe convene free, fair and credible elections next year.

The questions emanated from recent developments in Zimbabwe where the ruling Zanu PF party has switched to the use of brute force and unmatched violence against the opposition officials as well as attempts by the governing party to shrink civil society space by formulating draconian legislation such as the Private Voluntary Orgnisations Bill.

Outspoken British MP Jonathan  Oates (pictured) got the ball rolling by asking Goldsmith what discussions his ministry has had with the government of Zimbabwe about the continued detention of opposition members of Parliament Job Sikhala and Godfrey Sithole, and other opposition activists.

In response, Goldsmith expressed concerns over the current volatile political situation in Zimbabwe.

“The UK is concerned by the trend of lengthy pre-trial detention of government critics in Zimbabwe. We are monitoring the ongoing detention of the MPs Job Sikhala and Godfrey Sithole. As the ambassador publicly stated on 2 October, the UK is committed to the fundamental right to peaceful assembly and association, as enshrined in Zimbabwe’s constitution. The former minister for Africa also raised the issue with the Foreign minister of Zimbabwe (Ziyambi Ziyambi) on 30 June,” he said.

Oates in a follow-up questions demanded tougher measures against Zimbabwe for its demeanours.

“My lords, the minister will be aware that opposition MPs Job Sikhala and Godfrey Sithole have now been detained without bail for 142 days in Chikurubi Maximum Security Prison and paraded in court in leg irons; that only a week ago, the Bulawayo MP Jasmine Toffa was violently assaulted as part of an attack on CCC activists; and that across Zimbabwe political violence is raging in the lead-up to the 2023 general elections.”

“Will he join me in calling on the Zimbabwe government to end this political violence now? Will he join me also in making clear to Zanu PF officials and ministers, members of the Zimbabwe Republic Police and Zimbabwe prison officers that the world is watching and holds them accountable for the safety and security of all Zimbabwe’s citizens?” he asked.

In his response, Goldsmith said: “I thank the noble Lord for raising this enormously important issue. He is right: the world is watching and of course the UK is deeply concerned by the challenging human rights situation in Zimbabwe. Political parties, journalists and opponents should be able to operate without any form of harassment.”

“We regularly call for the rights of freedom of assembly and association, as well as the rule of law and due process, to be respected in line with Zimbabwe’s own constitution.”

“We monitor all individual cases, including those that he mentioned, such as that of Jasmine Toffa, MP. All political violence is concerning and violence against women in politics is of particular concern, particularly in Zimbabwe.”

Another MP, Anthony St John of Bletso, weighed in and asked Goldsmith if there were any chances for free and fair elections next year in Zimbabwe, given the escalation of violence cases and refusal by Zec to release the electronic voters’ roll. Zec said it will only avail the voters’ roll on a portal and insisted parties can only obtain the hard copy.

Goldsmith said the UK is working closely with international partners to encourage the Zimbabwean government to live up to its own constitution and commitment to electoral reform, including by implementing the recommendations from the 2018 electoral monitoring reports.

“We recognise that there has been only very limited progress to date on the electoral reforms recommended in the 2018 paper. Key outstanding areas include a transparent voter registration process, publication of an accurate voters’ roll, transparent use of state-owned resources and more effort to demonstrate the independence of the electoral commission.”

“This remains a priority in our discussions with not just Zimbabwe but neighbouring countries as well,” said the minister.

Christopher Chessun of Southwark again highlighted that the church was concerned with the worsening political situation in Zimbabwe.

“My lords, the diocese of Southwark is linked with four of the five Anglican dioceses in Zimbabwe and the neighbouring diocese of Rochester with the fifth, Harare. Does the minister agree that the systemic corruption and long-standing poor level of governance in Zimbabwe continually undermine civil society and reduce the well-being of the people and all the institutions there, including the Church?” he asked.

In response, the British minister noted that Zimbabwe is a country with extraordinary potential and an extraordinary history and added that it is right that the current political approach by Zanu PF inhibits that potential.

“The UK is a long-standing partner of Zimbabwe and we provide significant levels of ODA [overseas development assistance]. However, I want to be clear to the House that we do so in a way that avoids government-to-government bilateral financial aid. In other words, none of the money that we provide is channelled through the government.

Instead, we work through multilateral organisations, and wherever we possibly can we support civil society and NGOs in the private sector,” said the minister.

Ray Collins of Highbury zeroed in on the situation happening in Zimbabwe’s civil society and asked Goldsmith about how the British government was working with allies to ensure the PVO Bill does not hamper the work of NGOs.

Goldsmith expressed fear that if it becomes law and is implemented, it could very easily be used to undermine the ability of civil society to operate effectively in Zimbabwe.

“It also puts at risk its (Zimbabwean civil society) ability to deliver development and humanitarian assistance. We engage very widely, not only with civil society within Zimbabwe and through our overseas development assistance, which I mentioned earlier, but also, importantly, with South Africa.”

“As noble lords will know, we have deep and long-standing ties with South Africa, recognising the important role that the African Union and the Southern African Development Community have in relation to Zimbabwe. UK officials speak very often on a broad range of issues, including of course on Zimbabwe,” minister Goldsmith said.