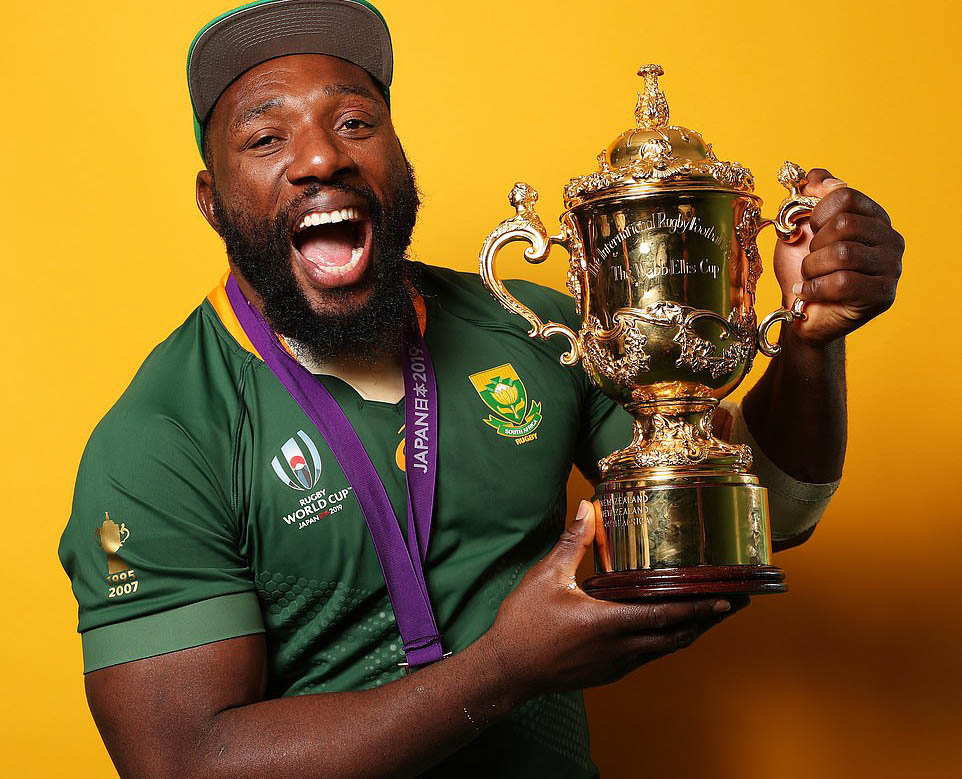 TENDAI “Beast” Mtawarira — the Zimbabwean-born former Springbok — has received a shower of praise from fellow World Cup-winning heroes in an enthralling documentary that tells the tale of South Africa’s path to glory in Japan last year.

The history-making Mtawarira (pictured), who retired from international rugby last year after playing 117 Tests for the Springboks as a prop, was one of the foremost heroes of the tournament when South Africa hoisted their third World Cup title in history, defeating England 32-12 in the final in Yokohama last November.

“Don’t piss the Beast off,” World Cup-winning skipper Siya Kolisi, the first black captain of the Springboks, light-heartedly remarked in the SuperSport documentary in apparent reference to Mtawarira’s tenacity on a rugby field.

“The guys love Beast,” reveals Vermeulen. “He is the leader of the after-party functions. So he’s got every reverence in the squad.”

Vermeulen, though, also spoke of a player who gave his all every time he stepped onto the park: “His whole focus was doing what he had to do for the Springboks.”

“He’s just a champion, you feel it around him,” Nkosi said. “He didn’t allow anyone to dominate.”

Steven Kitshoff, a 2019 World Cup squad member who plays loose-head prop, the same position as Mtawarira, added that the 35-year-old Bok legend was a childhood hero of his.

“In my bedroom when I was growing up, there was a big poster of Beast, hanging above my bed,” said the 28-year-old Kitschoff, who was still a schoolboy in the Western Cape when Mtawarira made his Bok debut in 2008.

“Every morning I looked at it and I said listen here, I want to be like that one day. At times, I probably didn’t really believe in my ability anymore and I just doubted myself,” Mtawarira said.

“I was prepared to die in the jersey, and I said literally that I wanted to hold that William Webb Ellis trophy in my hands. For me it was a symbol for all the hard work and sacrifices I had made in my career.”

The final episode of the documentary will be aired on November 1 on the eve of the one-year anniversary of the Springboks’ World Cup triumph.– STAFF WRITER

Pakistan a ‘jaws of death’ for Rajput, says Indian diplomat