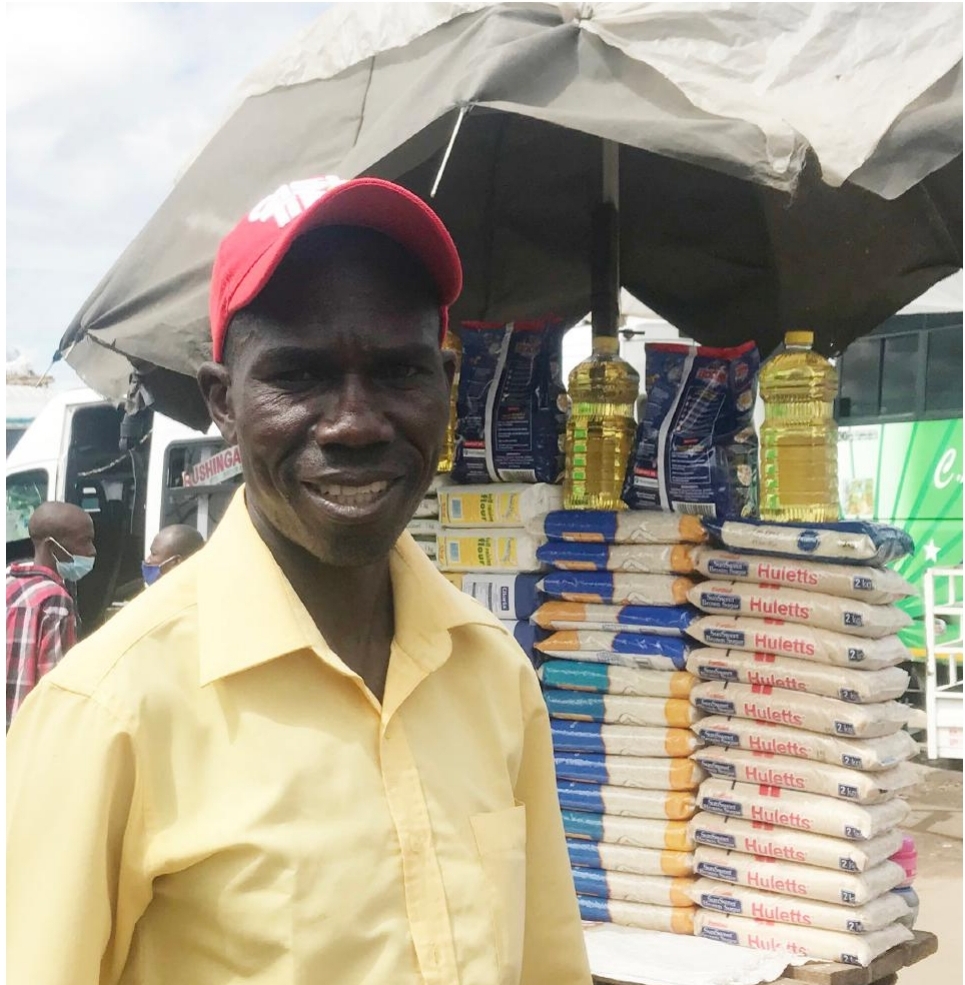 See how National FM storyteller has impacted the country and beyond

THE hustle and bustle of Mbare Musika is at its all-time high and many are going about their business.

The touts are whistling, buses revving and taxis honking. And in the midst of all that noise and chaos, there is one voice that overrides everything as the clock strikes 10.30am every day of the week.

This is when many Zimbabweans tune in to National FM’s Bhozhongora (pictured) segment, to hear the hot topics of the day courtesy of Washington Marimira (45), who is affectionately known by his moniker on radio — Bhozhongora. Oh by the way, tge name Bhozhongora, loosely translated, means to demolish.

So as Bhozhongora tells his stories on radio, he literally demolishes everything and leaves no stone unturned.

“I come from a chieftainship in Nembudziya, Gokwe. My father is Chief Makore so whenever we are at a village court I am usually the one to give the last word. And when I do that everyone will be satisfied and there won’t be additions and subtractions. So they call that kuBhozhongora meaning to say everything is well said,” he said.

His stories range from the bizarre to the outrageous, and from the hilarious to the unthinkable.
It is an understatement to say the programme has grown in both stature and reach, especially during the Covid-19 lockdown when National FM and Radio Zimbabwe were simulcasting.

Bhozhongora has captured the imagination of many Zimbabweans not only locally but also in the diaspora.

But speculation is rife among people as to who is Bhozhongora? Are his stories real?
Well, some people expect to see a gigantic chap while others say he is probably not one person.

Many have followed his narratives on radio with great enthusiasm, but some claim he is fake.

Keen to find out what makes Bhozongora tick, The NewsHawks reached out to him at his base at Mbare Musika where he runs four tuckshops as his day job.

“First things first, all the stories that you hear on the radio are true. What happens is that I would be on the ground, giving blow-by-blow accounts of the events. Previously, I would ask eye-witnesses to talk on the phone but then the producers realised that for the purposes of keeping the reports short I should do the reporting.

“But even, to show that the stories are real, we name the places but we do not name people for reasons that some of the cases involve minors and in other cases the people will be on the police wanted list so we don’t want to give the suspects the leads.

“I’d say we work hand-in-hand with the police, the chiefs and headmen. So for every story, we gather the facts, which we verify as well. We even ask witnesses and other people from the area to give their feedback or confirm,” he explained.

“The challenge is people usually mob me when they see me on the phone doing my work.

“Before lockdown, we used to do the show at Mbare Studios but now because of social distancing I report the events from wherever I am, just like here at Musika,” he explained.

“One of the biggest challenges since I started out was that I used to look for stories, but then as people warmed up to the show and with the help of social media, especially nowadays with WhatsApp, the stories come to me and all I do is to make follow-ups,” he said.

“Of course, there are cases where I need to be on the ground and those cases where I pick up the phone and call the police, chiefs or headmen as well as the people involved.”

A gifted orator, Bhozhongora says he never forgets any of the stories for as long as he is the one who covered it.

His delivery on radio, which is akin to soccer commentary, is what keeps listeners tuned in to the programme. He and Kanyemba “KB” Bonzo, the presenter of the show, smoothly complement each other, working like a tag team.

Bonzo always asks the right questions on behalf of listeners, something he mastered over time.
The advent of citizen journalism and social media has made it easy for the likes of Bhozhongora, who are passionate about entertaining and informing the nation, to excel.

He has had an impact on many lives in more ways than one, including alerting the government and decision makers on areas that need urgent attention.

“I am not a trained journalist and I do this as a passion. It all started when National FM formed a WhatsApp group of listeners. Then a call for bureaux chiefs was made and I was interested in the programme.

“At that time, I used to work round the clock, breaking the news as it happens. But with change of management at National FM, a decision was made that I work with Kanyemba Bonzo and since then the programme has been broadcast between 10:30am to noon from Monday to Thursday and on weekends I just feature on any programme as and when I have breaking news,” he said.

Given a chance, Bhozhongora would like to improve on his skills as a citizen journalist.

“I would want to take my own pictures or videos so that people can see for themselves because at times radio is not enough without visuals. At least through this way I can monetise the content. Of course, I am being paid by ZBC to do what I am doing. They even sponsor my trips at least twice a week to go all over the country to get stories,” he said.

But whoever said money is never enough must have had Bhozhongora in mind for he gets more money from his side hustle to augment his earnings.

“I would never trade my tuckshops business for anything. This is where it all started and I want to continue buying and selling groceries,” he said.

But this rise in popularity over the years has come with a downside, as unscrupulous people take advantage of his fame.

“There was a case in Lalapansi where some listeners were duped by con artists that KB and Bhozhongora were coming to the area. The people were made to pay US$20 each to see the two presenters but it turned out that they were imposters.

“So, I am fully aware that there are many people out there purporting to be Bhozhongora when they are not,” he said.

When asked how his show compares to other programmes like Tilda Moyo’s Star FM slot on bizarre occurrences, Bhozhongora said his work stands out.

“Well, I have not listened to Tilda’s show and I think that question will be best answered by someone who has listened to both shows. But, what I know is we reach out to a wider audience, including diaspora. The other thing is that I go to places that only a few can reach because more often than not the news we hear on radio is about towns and cities, ‘minister so and so has said this or the President has said this’. There is hardly anything from the villages and minority groups,” he said.

One of the most memorable and typically bizarre stories he has covered include a father-in-law in Gokwe who played mid-wife to his daughter-in-law.

The story left the community shocked while another equally riveting story was about a man who cheated with a married woman in Murambinda. The two are now suffering from an unknown ailment which causes ants, instead of urine, to come out of their private parts.

According to Bhozhongora, receiving feedback about the show is a most humbling experience and it is his wish for people to learn from others.

“Ultimately, the show teaches people to know what is right and wrong. And, most importantly, listeners should tell us their thoughts on the solutions to the problems through our WhatsApp number 0782029270. Last but not least, I thank listeners and all those who contribute to the success of the show,” he said.

“We continue receiving massive feedback from listeners across the country from the business community. As Africans, we enjoy our stories, especially community stories during the lockdown. We are looking at doing more for the communities because there is education and entertainment value,” he said.

Bhozhongora attended Chinyenyetu Primary and High schools for his primary and secondary education respectively, before he transferred to Plumtree High School to complete his Ordinary Levels.
He is married to Catherine Chaguma and the couple has six children.

Fine artist who customises your sneakers