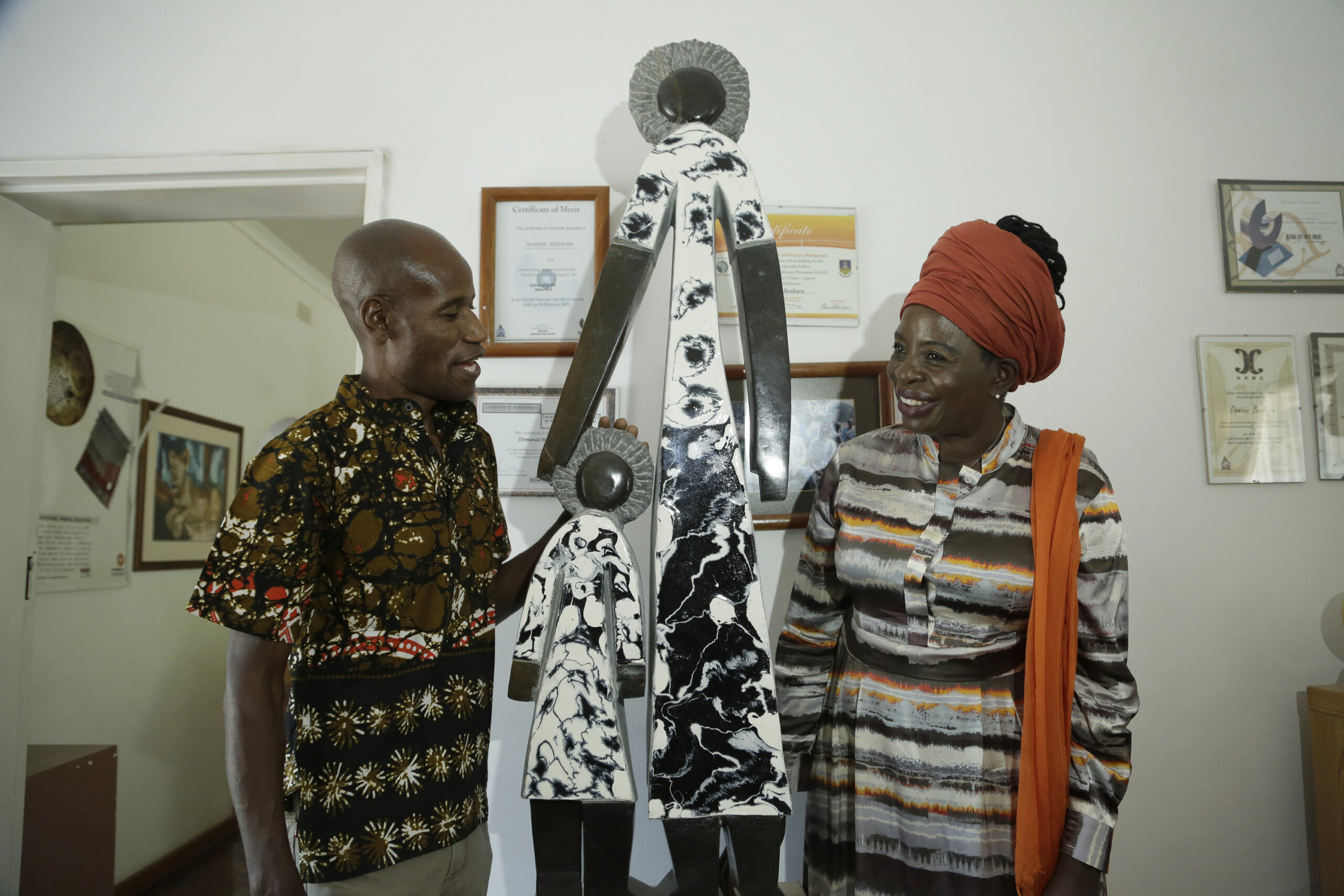 A mixed-media three-dimensional sculpture comprising dolomite and spring stone will be among 600 masterpieces from around the world at the 9th Beijing Biennale.

The latest technique by world-renowned sculptor Dominic Benhura has already charmed the jury at the Beijing Biennale scheduled to run from 18 January 2022 to 1 March 2022.
Apart from the legendary Benhura (53) there are also paintings by Nomzamo Precious Ndebele and David Ngwerume’s sculptures.

The Beijing Biennale will be staged at the National Art Museum of China in Beijing (main venue), from where non-sports stadiums of the 2022 Olympic and Paralympic Winter Games will take place.

Beijing International Art Biennale (Beijing Biennale for short), initiated in 2003, is a project approved by the state council, ratified by central government and funded through state allocation.

As an international academic exhibition with its unique model, it is jointly hosted by the China Federation of Literary and Art Circles, the Government of Beijing Municipality and the China Artists’ Association.

So far, eight sessions have been held.

According to Benhura, the sculpture which was his only submission to the judges made it because of the technique used that showcases a combination of evolution and innovation.

“This is the first I have ever used this technique of combining two stones into one to give different texture and feel.

“It is a colourful sculpture which augurs well with the theme of the Beijing Biennale. Yes, culture is evolving and so is our art and I am delighted this is the first time I’ve ever used this technique,” he explained the piece.

The 9th Beijing International Art Biennale will run under the theme: “The Light of Life.”
Benhura said he chose the sculpture titled Proud Mother because it is the mothers and the girl child who give life.

Acting Youth, Sport, Arts and Recreation minister Sekai Nzenza, who is also a collector of Benhura’s sculptures, said Zimbabwe’s representation at the Beijing Biennale was in line with President Emmerson Mnangagwa’s Vision 2030 blueprint.

“He (Benhura) has departed from the norm and what I’m seeing here is innovation using dolomite which is from Rushinga mostly used in agriculture and now it is used as art showcasing strength and opportunities of Zimbabwe’s natural resources,” she said.

Benhura is well known around the world for his new techniques and designs since venturing into art at the tender age of 12.

Back then, he used clay as his choice of medium.

Now that he is into stone, Benhura makes it look easy and his works occupy some of the most prestigious public spaces around the world and are popular with gallerists, art collectors and museums from across the world.

Benhura was honoured with a doctorate degree in Culture and Heritage by the Women’s University in Africa.

He became the first stone sculptor to be conferred with a doctorate, joining the ranks of distinguished performing artistes Dr Thomas Mapfumo and Dr Oliver Mtukudzi.

The self-taught sculptor has always had a soft spot for women and the girl child.

He is famous around the world for his signature motion masterpieces which grace some of the world’s heritage sites and international airports, including the Nelson Mandela Foundation offices in South Africa.

In 2016, he also provoked an outcry from his critics after he sculpted a statue of former president Robert Mugabe, but he defended it saying it was a unique piece of art.

Since branching out from his mentor Tapfuma Gutsa, Benhura has held several solo exhibitions showcasing a broad spectrum of his old and new masterpieces. For Benhura, stone sculpting has always been his hobby although along the way it became his career path.

More often than not, Benhura is inspired by nature, plants, animals and figures which he sculpts second to none.

He has pursued creative imagination art for many decades and, when he does pieces of people and wildlife, he creates identifiable forms, but does not refine them like other artists.