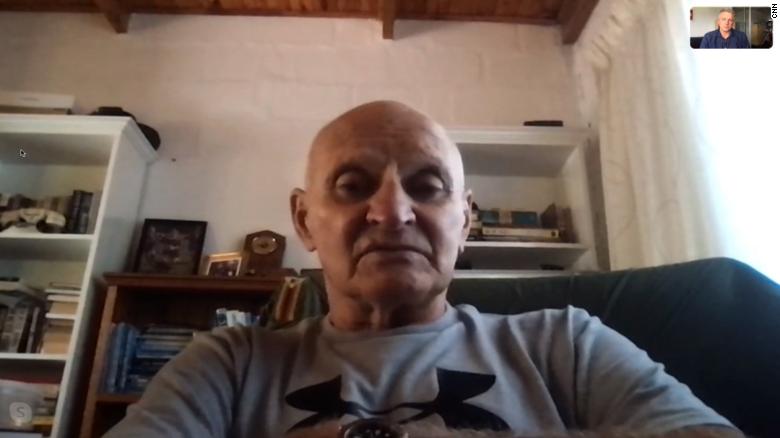 MAPUTO – Lionel Dyck’s men were unloading guns from helicopters in the northern Mozambique town of Pemba when they were informed of a jihadist attack unfolding further north in Palma, days before the mercenaries were due to leave the country.

They rapidly re-armed and flew to the scene, where local troops had already been overpowered.
“We were actually standing down when that raid took place,” said Dyck, the founder of Dyck Advisory Group (DAG), a private military company hired by the Mozambican government to help fight militants in the gas-rich Cabo Delgado province.

“If they had waited another four or five days we would not have been there.”

DAG’s counter-insurgency contract ended on 6 April, less than two weeks after rebels staged an attack on Palma, considered one of the worst acts of Islamist militancy in southern Africa.

“The gap with nobody there is the most dangerous period Mozambique has ever had,” Dyck warned, noting that soldiers were both under-trained and poorly equipped.

“This is an enemy that has got its tail up and there is nobody to fight them,” he added.
“Unless something miraculous happens they will dominate the whole area. I see no ships, only hardships.”

Born a soldier
Dyck was born in 1944 in the then British colony of Southern Rhodesia, now Zimbabwe.
He joined the army aged 17 and fought against black nationalists in a brutal 15-year conflict that ended white minority rule in 1979.

“My mother told me that the moment I stood up I wanted to be a soldier,” he said.
Dyck remembered lying awake the night he was named officer, wondering whether he would be able to lead men and not flee from bullets.

“It was a huge relief, the first time somebody shot at me, that I didn’t run away,” he recalled.
In 1990, Dyck retired from the army and moved to neighbouring South Africa, where he started a de-mining company and sought new thrills.

“I’m quite an adventurous person,” he said, noting: “I have climbed all the big mountains in the world and sailed across most oceans.”

But Dyck’s fondest memories were of the “pretty big battles” he fought in the country he still calls Rhodesia.

“In the movies they say it’s a terrible thing to shoot at somebody,” he chuckled. “I don’t know that it is… it’s what I was trained to do.”

South Africa has a number of nostalgic retired soldiers, cast aside after the end of apartheid reduced military needs.

Some have joined battles abroad as mercenaries, employed by homegrown private military firms.
Dyck launched DAG in 2012, initially offering de-mining and anti-poaching services to other countries, including Mozambique.

Mozambique’s government first asked DAG to help fight the insurgency for a couple of weeks in September 2019, and then called them back in February last year.

“It’s not that different to chasing poachers that… kill animals,” Dyck said. These are “terrorists with weapons, they shoot at you”.

Jungle’ tactics
DAG was contracted to provide air support to foot soldiers, sending choppers from the provincial capital Pemba when attacks were reported.

Without air cover “troops that were on the ground were always vanquished,” Dyck said.
“So we would get into the area and stop these raids.”

He claimed the army’s helicopters, Mi-24 gunships, were not suited to “jungle” guerrilla warfare because they did not turn swiftly enough.

Using technology and survivor testimonies, DAG was able to locate and raid rebel bases, gaining some insight into the jihadists’ tactics.

“Some of the bases were huge,” Dyck said. “Dug in with overhead camouflage, only cooking at certain times and dissipating the smoke.”

“All we could do was shoot at them from the top,” he added. “But they then needed to be cleared by soldiers… that weren’t there.”

Dyck declined to comment on a recent Amnesty International report accusing his mercenaries of indiscriminately firing into crowds, resulting in hundreds of civilian deaths.

His men fought their last jihadist attack in Cabo Delgado on March 24, when militants staged coordinated raids on the coastal town of Palma that were later claimed by the Islamic State.
“We got quite a lot of bullet holes in our helicopters,” Dyck said.

Fighting raged for days, during which dozens of people were killed and thousands displaced.

The government assures the town has now been retaken — a claim Dyck described as “wishful thinking”.

He alleged the military did not follow up with house-to-house fighting after the militants seemingly retreated, failing to reduce the risk of further attacks.

“That didn’t happen,” he claimed.

The defence ministry did not respond to AFP requests for comment.

Now back in South Africa, Dyck was disappointed by his inability to continue fighting the extremists.
“Any professional soldiers would… be just as frustrated as I am,” he said.
— AFP.