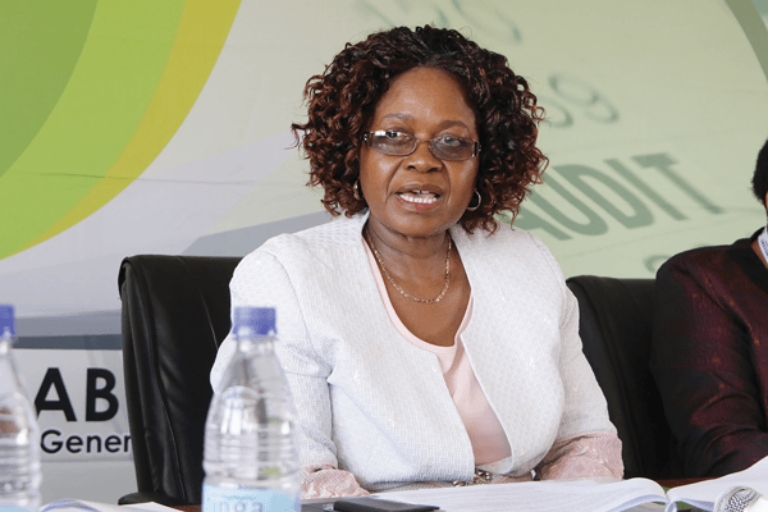 AUDITOR-GENERAL Mildred Chir (pictured)i has revealed gross underfunding of her department by Treasury, which is stifling efficiency in service delivery, posing a threat to transparency in public resource management.

Chiri’s office is mandated with inspecting public accounts for transparency and accountability.

“The office subscribes to priorities of the country. And, one of the national priorities that we address is governance. Under that, we look at public service delivery.

“Our fore-letter, the envelope was ZW$6.7 billion for 2023, but through our estimates and workings, and other objectives that we aspire to do, I think a realistic budget would be ZW$25.7 billion. So, the shortfall is ZW$19 billion.

“We are looking at items such as employment costs. According to the fore-letter, it is ZW$1.6 billion, but per our realistic budget, I think it should be ZW$8.9 billion,” Chiri said in a presentation at the 2023 pre-budget seminar held at Rainbow Towers Hotel.

The seminar was moved from Victoria Falls to Harare due to pressure from parliamentarians who had not been paid salaries and allowances.

Chiri said her office has been hit by a 105-employee deficit, which is a drawback in proper service delivery.

The understaffing has been contributing to the AG’s office failure to meet deadlines of releasing public reports.

“The establishment of the office is that the total personnel staff complements 381. But those in posts are currently 276. We want to create new posts, so you would find that after salaries, there will be a ZW$6.5 billion shortfall.

“At the moment, the staff turnover attrition rate is 28%. Our wish is to reduce it to 5%, so that we reduce the rate by 25%. The new staff to be recruited will have to fill the vacant posts.”
Employee attrition refers to the loss of personnel through naturally occurring processes such as retirement, elimination of position, personal health reasons or death.

She said ramping the workforce is important in promoting efficient service delivery.

“The first priority area is to promote public sector transparency, accountability and good corporate governance by carrying out compliance audits for devolution funds. We want to produce quality audit reports and meet the statutory deadline of June 30 each year.

“To be able to fulfill the first priority area, we need to fill the vacant posts. We need critical posts that were revealed in the job evaluation exercise which was done last year,” Chiri said.
Chiri also said her office is in need of 15 vehicles to transport officers between audit stations.

“To keep ourselves abreast of the profession, we continuously do trainings. In every co-letter, we were granted ZW$396.6 million, but we think we need ZW$1.167 billion — so there is a short of ZW$770.7 million,” she said.

Her office is too underfunded to meet the cost of digital transformation, which has caused a major slowdown in fulfilling the comptroller mandate.

“The major source of our delay (to meeting deadlines) is due to this manual processing that we have been carrying out in the office. We need ZW$523 million to address this priority area.

“We are all aware that the economy is digitalising, and our processes are still backward. We want to move towards a paperless office like our counterparts in other countries. And we want resources such as network and audit software such as computer-assisted audit techniques.
“We need new servers, new laptops and a whole lot of things. The process has already started. We are currently buying laptops for our staff, but it is a process that will take some time,” Chiri said.

In addition, she said underfunding has been restricting them from making audits in other key areas, hence decelerating efficient public service delivery.

“We need to do special audits, such as forensic and environmental and so forth. For us to do that, we need special divisions that would be specifically looking into that, and that entails creating more posts,” Chiri said.

She also said funds allocated to her office by Treasury have been insufficient to support renovations to the building housing the comptroller’s office.

The Auditor-General’s Office is also located in an old dilapidated building.