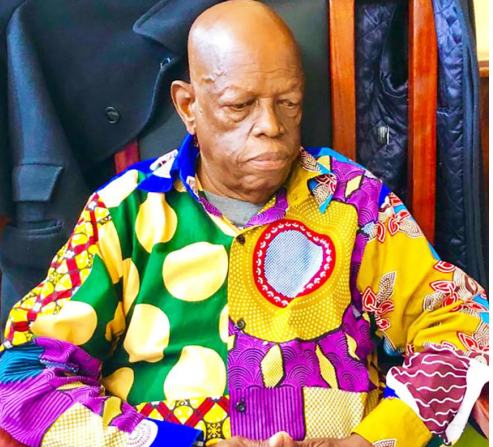 Dube claimed Hamadziripi was “unknown” to South Africa’s ruling ANC party to influence any policy change on the expired permits compared to former diplomats from the former Zapu. Zapu had close links with the ANC.

There are an estimated 200 000 ZEP permit holders. The permits were first introduced in 2009 by then Home Affairs minister Nkosazana Dlamni-Zuma for the documentation of qualifying Zimbabweans for a five-year period.

The permit was called the Dispensation for Zimbabwe Permit (DZP). It was extended in 2014 and called the Zimbabwean Special Permit (ZSP).

In 2017 came the ZEP which will expire in December. The DZP and ZSP were introduced when the late Simon Khaya-Moyo and former Vice-President Phelekezela Mphoko were the country’s representatives to South Africa.

“But now they (ANC) don’t know him (current ambassador). In the past, it was easy because we would use our Zapu/ANC links to communicate with our brothers and sisters in South Africa. And through such communication, we were able to have our fellow countrymen documented to stop the deportations,” Dube said.

The alliance between Zapu’s military wing Zipra and Umkhonto weSizwe has existed since the 1960s. Hamadziripi was appointed ambassador to South Africa in May 2018, taking over from Isaac Moyo, who is now the country’s spy chief.

Hamadziripi served as Zimbabwe’s ambassador to France under the late Robert Mugabe. He also served as acting Foreign Affairs secretary.

Dube added: “But now you need to write a letter to the ANC to introduce the ambassador. Those communication channels which ex-Zapu members used to enjoy with the ANC are no longer there; hence difficult to engage on other platforms because they do not know the current ambassador.”

Some Zimbabwean groups have challenged South Africa’s decision not to renew the ZEP permits in the High Court, Gauteng Division, Pretoria.

On 28 December 2021, the court removed the matter from the roll, dealing a blow to ZEP holders.

“We need to engage with South Africa because there are millions of our fellow countrymen who went there to look for jobs. Imagine if all of them are deported,” Dube added as he exposed the country’s fears over the fate of Zimbabwean immigrants in that country. In an unrelated case, Dube said only veteran nationalist Angeline Masuku has the authority to talk about the Unity Accord as the only surviving member from PF Zapu’s negotiating team during the unity talks with Zanu.

“Unfortunately, she is bedridden, but she is the only authentic voice to talk about what was agreed on during the talks; the principles of that agreement and so forth,” Dube said.

This follows complaints that former Zapu members were being sidelined under Mnangagwa’s government.

In the past, posts such as one national vice-presidential position and the Zanu PF chairperson used to be reserved from ex-Zapu members, but not anymore.

Masuku was tasked to oversee the integration exercise of Zanu PF and PF Zapu after the signing of the Unity Accord in 1987.

The Unity Accord ended the mass killings of civilians in Matabeleland and Midlands known as the Gukurahundi genocide.