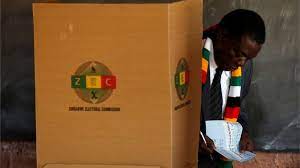 FOR a country whose clueless government has become the biggest producer of economic refugees in southern Africa, one would expect the ruling elites to focus on turning around the fortunes of a poverty-stricken population. But no, they are preoccupied with decimating the opposition.

The ruling party is mortally afraid of Chamisa. In the 2018 election he proved beyond any shadow of doubt that he commands a massive following.

Garnering more than two million votes is no joke in this authoritarian polity. They definitely know what he is capable of and it unsettles them.

Despite an unrelenting onslaught from the Zanu PF regime — which enjoys total control of the repressive state apparatus — Chamisa and his team have managed to continue focusing on the ball. What matters is popular support, not the size of your gun.

As political scientist Brian Raftopolous correctly noted at yesterday’s Sapes Trust discussion, the elections will not be a stroll in the park for the new party, the Citizens’ Coalition For Change.

A politicised military, a jittery autocratic state, the shift in regional sentiments, a captured judiciary, lawfare, general fatigue over the Zimbabwe crisis, and geopolitical factors will all come into play.

The post-coup era has rudely reminded everyone that Zanu PF is incapable of reform. No sooner had the euphoria over Mugabe’s ouster subsided than Emmerson Mnangagwa’s regime unleashed murderous soldiers on unarmed civilians.

The March by-elections and the 2023 general elections will be held notwithstanding the lack of electoral reforms. That is telling. The political scientist Ibbo Mandaza has asked a pertinent question: After orchestrating a coup in 2017, can the military countenance an opposition victory in the forthcoming elections?

Well, whether or not the junta is willing to allow democracy to prevail, the people of Zimbabwe must never give up hope. In the absence of hope, what else do the long-suffering masses have? Capitulation and death?

There is a dangerous fallacy that election rigging occurs on polling day. The reality, of course, is that outright ballot stuffing is not as common as people assume. Rigging is more complex than that. It begins years ahead of election day.

The Zimbabwe Electoral Commission says it is planning voter registration blitzes for February and April. This is not good enough. As long as the Registrar-General continues making it difficult for new voters — particularly young first-time voters — to get national identity documents, no blitz under the sun can make a difference.

This is a serious matter. For instance, the three Matabeleland provinces, which have traditionally been opposition strongholds, are likely to see a decline in the number of constituencies during delimitation. There is no better definition of rigging than mass disenfranchisement. The issuance of identity documents and voter registration must both be expedited without further delay.

The 26 March by-elections are a referendum on Mnangagwa. For that reason, the ruling party will go for broke. He is under pressure—not least internally within a Zanu PF, which has an elective congress this year.

The party’s leadership question remains contested, as the faction-ridden provincial elections showed. There is a lot at stake in the 26 March by-elections and 2023 elections.