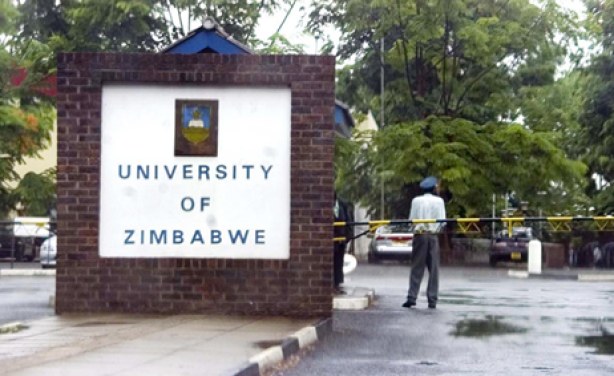 LOCAL civic society organisation 4H has embarked on a Students for Peace campaign in universities, starting with Bindura University of Science and Technology this Saturday, as a panacea to electoral violence ahead of the 2023 polls.

The programme is an extension of the organisation’s Youth for Peace initiative to build peace and tolerance among the youth in Zimbabwe.

4H Director, John Muchenje, said the programme comes at a time when political tensions are rising and the danger of youths being used to execute violence are high.

“Youths have been used as political tools by various parties and pursuing their own agendas differently. So what we are saying as an organisation is let us engage the young people as we are preparing for the 2023 elections. Preparing in trying to bring the environment of tolerance among the young people,” he said.

Programme coordinator Tadiwanashe Samhembere, a student at BUSE, told TheNewsHawks, that there was no better time to launch the campaign.

“We want to promote peace and tolerance in the country as well as safer environments for all regardless of political affiliation and cultural background. As of now the country is heading towards 2023 Harmonised elections so It’s good for us as students to fight for peace as it is a panacea to development and democracy, hence we are going to launch this campaign,” said Samhembere.

Political and Social analysts have been urging political parties and civic society to go where the youth are in terms of mobilisation instead of inviting them to hotels and halls where the turnout is usually poor, 4H has embarked on a nationwide tour going to universities where the youth are preaching the gospel of tolerance.

Muchenje added that the programme is starting in Mashonaland West because the province is known for violence in times of elections.

“Mash central has been one of the hotspots of political polarisation in Zimbabwe so we have said let us start with the difficult province and spread to all provinces. Our target is to reach all 10provinces. From BUSE we are going to Harare which is University of Zimbabwe and then to Cut and then to other remaining institutions so we are targeting about 10 universities in the country and also we are then targeting polytechnic colleges trying to reach to the young people preaching the gospel of peace and tolerance in our country,” he said.

Muchenje added that students from activism circles have always grown to national politics and it is key to embed tolerance and peace while they are still at college.

“We have seen that the student movement have got a say in the youth of different political parties. For example we have the likes of Mako (Makomborero Haruzivishe), Joanna ( Harare West MP Joanna Mamombe) they came from the student movememnts, the likes of Mugwadi and Mathutu, they also came from the students movement, which is ZICOSU and ZINASU, so we have said let us engage these young people. They have got education which brings them together under one banner at a university. Let us take advantage of that and also bring in the issue of tolerance and peace so that whenever they are going into the mainstream politics the hatred may be absolved. It may be there because of polarisation but it won’t be that hard as compared to people that have never met anywhere so that is why we are targeting these young people because we have seen a number of them being manipulated by certain parties In trying to persue their own agenda in the name of student activism, so we are trying to create a platform where we bring together young people,” he said

4H has been pushing the youth in politics to upold peace in their programming as they once convened youths from Zanu PF, CCC, MDC T, FEEZ, LEAD and NCA in trying to promote and build the spirit of peace building and tolerance.

4H will add more engagements, to encourage youths against violence in due course.

“We have quite a number of interventions that we are planning to do with these young people, we want to do trainings capacity buildings on peace and tolerance in form of dialogues and trainings and then after colleges and universities, we want to do national programmes where we will put them together at a central venue preferably being MSU and then we also want to push students voter mobilisation, there is a low turnout of voters, so we want to take encourage these students to register to vote and also we will be distributing quite a number of materials using sport as a tool to promote social cohesion among young people pushing for tolerance and then we will be pushing for music galas because sometimes when young people see their favourable DJs they gather from there we try to push and preach the word of tolerance and then we want to come out with MISS and Mr Peace at every university and then we will have a national one,” added Muchenje.