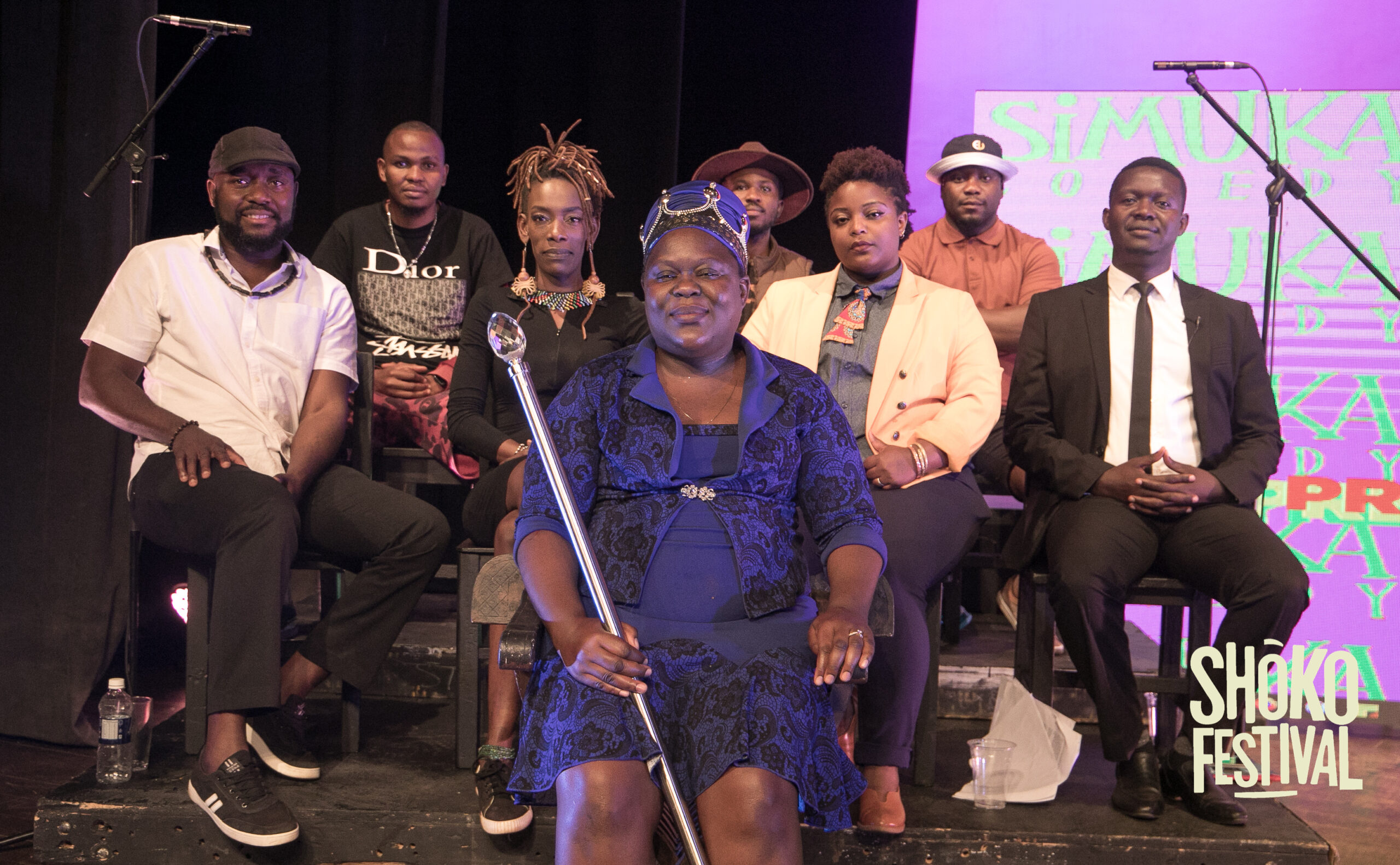 ON average, 10 to 15 people viewed Women Create World, a programme which was part of this year’s 11th edition of Shoko Festival themed: “Shoko Universe”.

On the show held Wednesday afternoon was Kudi Maradzika, a multi-award-winning development executive, producer and writer.

Despite the programme being informative on women in the creative industry, the paltry number of viewers spoke volumes of how Covid-19 has impacted on the successful hosting of this year’s edition of Shoko Festival.

Over and above this, there were intermittent interruptions on the livestream, which made it rather long and tasking.

Such shows would ordinarily draw huge numbers with attendees from greater Harare, including the marginalised ghettos youths in satellite towns like Chitungwiza and Norton.

Now the festival is almost like an elitist showcase where only those with data have access to the festival.

Apparently, this is the second year in which Shoko Festival, Zimbabwe’s urban culture fete, has been held virtually and what a disappointment it has turned out to be!

Festival director Samm Farai Monro AKA Comrade Fatso confirmed to The NewsHawks that nothing beats a live experience.

“In future we are going to look at ways to engage as many youths as possible especially post-Covid-19 era because it is true not many people have been able to view the shows on livestream.

“Even for us it has been difficult to say how many people have watched the shows because it’s virtual and most people have been having challenges in accessing the shows,” he said.

He, however, said the majority of viewers were urban youths who are in fact their target audience.

“The one good thing about the virtual experience is that it allowed creatives to come out of their shells and offer an alternative experience which we probably wouldn’t have thought about. We have gone out of our way to deliver a show that is on a whole new level.

“Since the previous edition, we have delivered an excellent festival which influences musicians to go out of their way to shoot videos outside of fancy houses, cars and scantily dressed women and consider somewhere out there in the backyard. And that is something we are proud of: to be able to offer alternatives to the way artists view art,” Monro said.

“The arts sector has really suffered because of Covid-19, including restrictions on gatherings and the lack of income for artists,” Shoko

“So our ‘Shoko Universe’ aims to give an out-of-this-world experience to our audience and a very important platform to our amazing artists.”

The completely virtual festival ran for six days from September 20 to 25, featuring diverse programming with different events every night.

The Netherlands embassy in Harare partnered with Shoko Festival to present a cutting-edge spoken word programme.

The shows also presented a unique Holland-Zimbabwe collaboration for its spoken word programme as well as an innovative spoken word journey.

The poets combined themes which were performed virtually, exploring a world of violence against women, climate breakdown and rising authoritarianism as they spoke hope and social justice.

“We are thrilled to be sponsoring the Spoken Word Programme at Shoko Festival 2021 that will include so much Zimbabwean talent and also renowned Dutch poet Smita James.

“The world is facing multiple crises – a pandemic, climate change, and social inequality. These are problems that affect us all and require collective action to resolve.

“The role of art, such as the upcoming spoken word collaboration between Zimbabwe’s Shaldo and Smita James is to bring us together, and to give us fresh perspectives and jolt us into new ways of thinking and acting.

Wherever you are in the world, tune in for what will be a powerful and innovative Zimbabwe-Netherlands collaboration,” the Netherlands ambassador, Margret Verwijk, said ahead of the show.

Another notable event was Mash-Ups Night where Shoko Festival teamed up with Masofa Panze and Djembe Monks to curate a night of brand-new urban musical collaborations including Dancehall Kedha, Mimi Tarukwana, Sylent Nqo and GZE.

The conversations included the State of the Internet Address, a CyberLaws ZW discussion and the Infodemic discussion.

Shoko (word) is all about promoting urban culture, free expression and positive activism. Over the years the festival has provided a platform for hundreds of young Zimbabwean rappers, comedians, musicians and spoken word artists to perform, collaborate and express themselves.